Cat Quest II has finally arrived in our hands in its Nintendo Switch version, find out with our review why you absolutely have to buy it (spoiler: for dogs and cats)

Cat Quest was one at the time piacevole sorpresa. A title that did not take itself seriously, on the contrary, which wanted to offer an easy-to-digest experience for newbies and simply relaxing for the veterans of action-rpg in isometric view, succeeding great. With simple, linear, but never really boring gameplay, a deep sense of self-irony and strong humor and a vast and colorful world, had made space in the heart of a narrow niche of gamers. For this, the guys of The Gentlebros, have tried again with Cat Quest II.

Published by PQube Games (who also thought of Songbird Symphony) and arrived scurrying on September 24 on PC and exactly one month later on consoles (PlayStation 4, Xbox One and Nintendo Switch), Cat Quest II wants to be a direct sequel to the first chapter, taking over the game world, but moving forward in the time of many years and introducing, in addition to the already known kingdom of Felingard, the neighboring kingdom of Lupus. Well yes. Welcome the dogs. 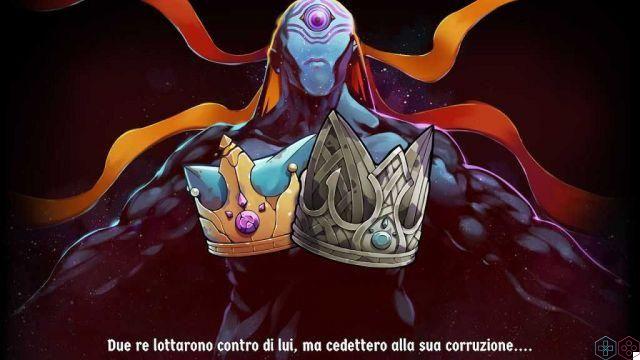 Country you go, hairy you find

As we have already announced, Cat Quest II lays its plot foundations in a future very distant from the events of the first chapter. The story tells of two kings, a cat and a dog, who come awaken by a strange luminous creature to save the kingdom of Felingard and Lupus from the eternal war that ravages the two continents, finally bringing the peace and prosperity that our furry friends really deserve.

Unlike the first chapter, which kept the script level on a rather mediocre qualitative basis, rising with cat jokes and practically incessant irony, the story of Cat Quest II develops and goes much deeper, involving the "lore" of the game world, also through some rather deep side missions, and giving ample space to a third chapter already practically announced. Obviously we will not spoil anything, given and considered that anyway everything is kept simple and that, however, we would like you to enjoy the title as it is. And yes, there are always cat jokes, but this time also about dogs.

So get ready to travel a long road about fifteen hours that will lead you to the final battle against Lioner and Wolfen, the two supervillains of the game, initially unbeatable, to be melted by pampering at the end of all the main and secondary missions that will fill you with money and experience. 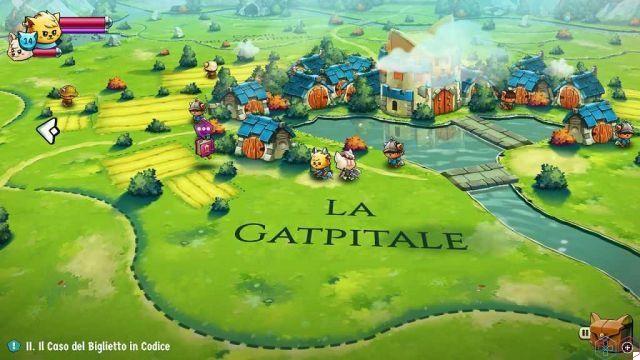 If in the first chapter the continent of Felingard had satisfied us enough in terms of size and quantity of secondary quests and dungeons, well, in Cat Quest II you will have two maps to explore quite freely and with at least double the content. There are approximately 70 dungeons to explore and complete, more than 100 pieces of equipment among weapons, armor and magic sticks, 12 arcane magic to find and equip freely, over 50 side missions and many, many cute cats and dogs to watch. No witty magic, though. Ok, sorry.


Cat Quest II, at an entry level, acts like a normal action-rpg in isometric view. We will then have a button to attack, one to dodge, one to interact with the environment and the backbones to use the four spells that can be equipped for each king. How do you say? Missing a button?

Yes, the latter is used in Cat Quest II to take advantage of the main improvement of the title, namely the power switch between one king and another, between dog and cat. We will be able to use both kings alternating them and modifying them as we like best. If not explored well, this mechanic can give the impression of simply having two lives. When one king dies, one takes control of the other and tries to complete the battle and then resurrect the fallen.

If, on the other hand, you waste a few hours of time customizing the two animals, you can create them two very distinct and functional builds to continue more streamlined in the fighting. Obviously, the smartest thing to do is to create a warrior who uses melee weapons and one who uses magic sticks, so that you can target weak enemies as correctly and quickly as possible at one or the other. 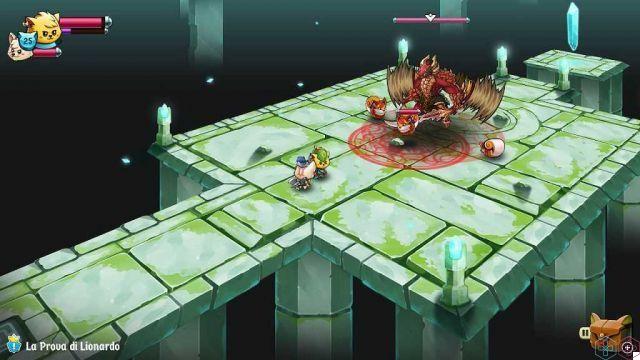 The fact of being able to use two characters, however, reaches its maximum splendor when you have a friend next to you with whom you can play in a local cooperative. Although it is true that the AI ​​of the companion is not bad at all, indeed, to have next to him a real person with whom to face the adventure remains the funniest solution in these cases.

In the course of the game you will come across an inordinate amount of different equipment. The classes, as we have said, are three (melee weapons, magic sticks and armor) and, once a duplicate is found, it will improve the level and stats of the one in the inventory. The equipment is the most important part for the customization of the game and will allow you to create quite strong builds, especially in the endgame. And we assure you that you will need them.

The difficulty of Cat Quest II is by no means high as regards the simple main storyline, which you can complete by reaching level 70 or so (and you will also be too strong). However, things change in the endgame, with dungeons and optional missions, full of impressively strong monsters that will cause you pretty heavy damage, despite the armor in your possession.

For this reason it is also important to use Kit Cat e Hot Doggo (no, we're not kidding), respectively the blacksmith for armor and weapons, which will allow you, in exchange for money, to further improve your equipment. The unlockable spells have increased compared to the first chapter and as we have already said are twelve, all different from each other and quite useful. They too can be improved through money, but this time using the wizarding workshop. You can select four of them for kings at most, then carefully evaluate which spells to entrust to the AI ​​(or to your partner, if you are lucky) will be the basis of the most challenging battles. 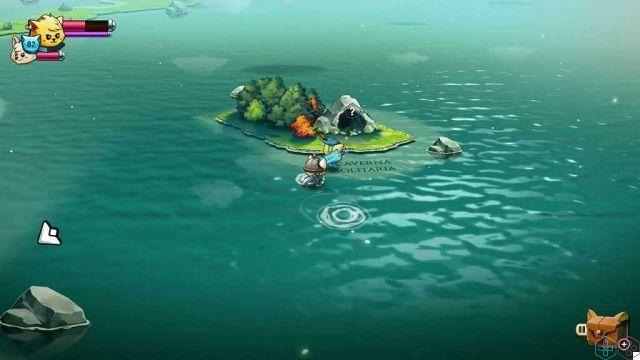 The game will allow you, from the beginning, to move quite freely, except for some plot limitations, It must be said, however, that it is a rather fictitious freedom, considering that you will quickly realize that you are in the wrong area at the wrong time. Because maybe you will be at level 10 and the monsters that parry in front of you will be at 90. So, by intuition, you will understand that you have to go back.

Aesthetically speaking, nothing to complain. Certainly the title is based on Indie Game standards, with one graphical albeit simple. The map, developed in 2D, is very nice to see, full of details and quite varied in the settings, as well as the dungeons, even if in the long run the latter will repeat themselves not in structure, but in graphic rendering. Our test took place on the Nintendo Switch and we encountered no frame rate drops or technical problems of any kind neither in portable mode, nor with the console docked. Too bad that the models of the various inhabitants and enemies are repeated too much, but this reflects how the budget of the guys of The Gentlebros is actually limited.

What will amaze and amuse you, however, is not only what we have talked about so far. Cat Quest II is a concentrate of love and dedication towards the purer and simpler videogame spirit. A mass of cute and cute cats and dogs, clever and never banal jokes and allusions, a riot of lightness and simplicity for a title that aims at nothing more than to make you smile. And he succeeds, from start to finish, without ever distorting or boring. 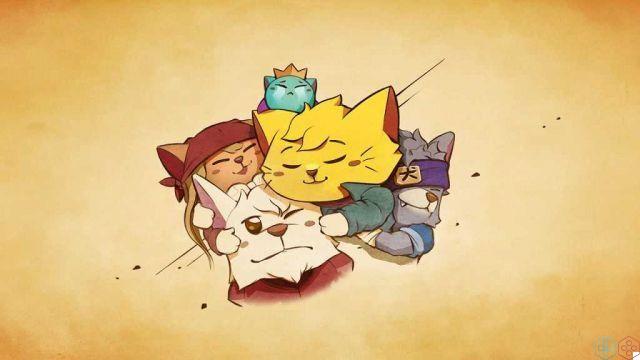 Cat Quest II is a worthy sequel to a first chapter that is as inspired as it is simple. Staying on the same line, he develops their mechanics and script, deepening them both and moving up a step. Recommended for action-rpg fans, to take your head off the frenzy of numbers, statistics and tactics. However, it is also recommended for novices and children, to be able to enter a rather vast and complex world in the simplest way possible. Recommended to everyone, in short, also because come on guys, there are also dogs this time and you could call him Pet Quest, what a wasted opportunity.

Stay tuned to techigames for all the news from the gaming world and beyond.