Lego City Undercover is ready to return to all major consoles available on the market. With frantic races, investigations to solve, and the irreverent charisma of its protagonists, the re-release of one of Traveler's Tale masterpieces promises hours and hours of fun, alone or with the family. Ready for the review?

Two things are safe in life: taxes and Lego games. You can bet what you want every 5 months at the most Warner Bros. will release a new videogame chapter of the franchise, now exploiting this or that license, now experimenting with something completely new (as in Lego Worlds for example, which we have already spoken to you), and then there are those cases in which something different is experienced at the narrative (and metanarrative) level. Here, the latter case is that of Lego City Undercover.

Let's clarify for a moment: Lego city undercover it's not a new game. It was in 2013, when Traveler's Tale published the title on Nintendo Wii U, after several months of lean in which not even the bales of hay had been spotted in the new console of the Kyoto house. A truly excellent, innovative, fresh and fun exclusive: so much so that it was a shame it remained confined to a niche console, which unfortunately has gone the way we all know. And here is the new project: to bring that game to the current generation consoles and to PC.

You can now buy Lego city undercover, therefore, come on PC, Xbox One, PlayStation 4 e Nintendo Switch, at the price of really minimal differences in the technical sector for a title of this kind, except for the image cleaning. We tried the Xbox One version and with a bit of nostalgia behind us now we will tell you something.


Chase McCain, is that really you?

It seems obvious to say it, but perhaps no one has ever thought about it: a Lego video game can "stand up" even only on bricks, and not on famous names. In recent years we have been inundated with chapters after chapters of the brand: Lego Marvel, Lego DC, Lego Jurassic World, Lego Star Wars, Lego Harry Potter. Many games that, before being LEGO games, were games on Marvel, DC, Jurassic World, etc… But a Traveler's Tale production stands quietly on its own feet. And now we have to prove it not one, but three titles: Lego City Undercover, and also Lego Worlds and Lego Dimensions. The plot of these three productions is completely invented, it does not stand on other narrative universes. Among these experiments Lego City Undercover was probably the bravest, aiming to make a believable narrative in a action game semi-openworld alla GTA. 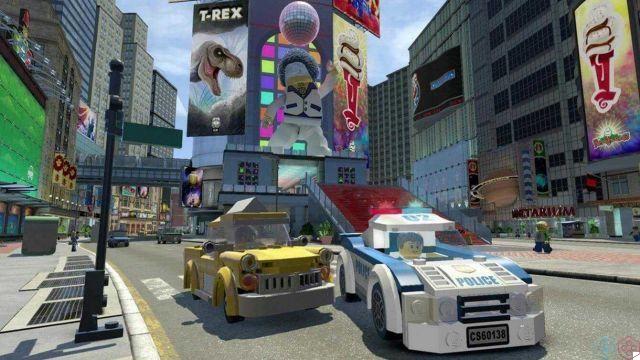 And the plot is also interesting: in Lego city undercover the user takes on the role of policeman Chase McCain, returning home after a forced exile only to be made aware that the dangerous criminal and his archenemy Rex Fury is back on the loose. It is obviously up to our hero to hunt him down and put him back behind bars before the city is overwhelmed by the escalation of crime, in a style however radically different from all the stories similar to this that have already been proposed a thousand other times in films, series. tv and video games.

In a way not unlike their previous works with the LEGO brand, the developers of TT Games had fun making fun of the subject matter of the story, this time with the added value of not being linked to any film franchise: here is therefore that the story at the basis of the game not only serves as a glue between one mission and another, but also and above all as background for a constant series of gags who exploit in equal measure the parody - whether gross or extremely subtle and refined - and the self-irony of a scenario entirely made up of plastic bricks.

The result is a product that, from this point of view, proves capable of entertaining the widest spectrum of audiences, from younger players who will enjoy watching characters act funny and crashed vehicles literally losing pieces on the street, to users. adults who will surely indulge in some loud laughter listening to the jokes of some supporting actors or recognizing tasty quotes from Titanic, Matrix, Starsky ed Hutch and many others.

Winning team does not change

If from the directorial point of view Lego City Undercover was (and is) a good experiment, analyzing the gameplay itself we immediately realize that practically nothing has changed. Anyone who has previously played any other game in the LEGO series will be perfectly at ease with the mechanics of the re-release of Traveler's Tale, which involve destroying almost all objects on the screen and then rebuilding useful objects with bricks, or collecting collectibles. and the currency of exchange (the "studs"). The world consists of the gigantic city where Chase McCain acts, a truly vast and freely explorable game universe, which grows visibly as the game plot continues.

During the investigation we will access the real missions through the main hub constituted by the city, but there is no real "selection of chapters" present in the canonical adventures of the series. If the adoption of an open world setting is the most important news of Lego city undercover, when it comes to real missions, the game returns to the path traced by the previous works of TT Games: during the various investigations by Chase that mark the course of the story, the user will find himself engaged in more circumscribed scenarios such as prisons, caves, temples and so on, within which the achievement of the turn objective passes through already known mechanics. 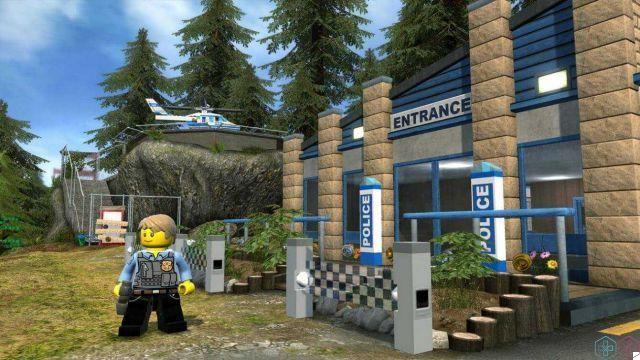 Exploration plays a fundamental role again, together with the consolidated practice of destroying certain objects to use the LEGO bricks that arise from them in order to build an indispensable structure to advance. The game also does not disdain excursions into different genres, peppering the levels of platform elements, environmental puzzles and even hand-to-hand combat with a counter system inspired by that of Batman: Arkham City: the end result is that of a captivating gameplay and non-trivial, whose general pleasantness allows you to overlook the redundancies and basic banalities.

What has changed substantially in the transition from Nintendo Wii U to all new entertainment systems? The game content is exactly the same as the original, with the addition of a cooperative multiplayer mode which was in fact a major lack on Wii U, being a fundamental element of the entire LEGO series. A second character can now be brought into play at any time, with a simple mechanic enter / exit adding a second controller, even if the implementation appears extremely simplified: the new character is nothing more than a Chase clone with offset colors and its location does not find a particular justification in the history and situations of the game.

The missions and puzzles are the same as in the original version, therefore there is no structure designed for the cooperative multiplayer game, which thus extends the fun to two players in the most basic sense, without solutions studied in a specific way. Everything seems to be done too quickly.

The game has been "updated" and now appears more in line with the standards of PC, PlayStation 4, Switch e Xbox One even if the distance from its original version is not abysmal. The resolution was raised to 1080p and the enrichment of elements on the screen is visible with an overall increase in detail and wider shots that return a more lively and animated image of LEGO City. The work done to bring a game from four years ago released on a console with lower characteristics up to date is visible and LEGO City Undercover is perfectly enjoyable in these new versions, but being practically resold at full price an additional effort would have been appreciable, perhaps aimed at solving a couple of problems that already plagued the original between fluidity and loading times.

LEGO Marvel Super Heroes 2 review, the most powerful heroes are made of bricks ❯