Kill It With Fire Review: when the insecticide is not enough

Kill It With Fire is not only a game about spiders, but, as we will discover in the course of this review, also a nice story about breaking the domestic balance

The indie scene, in the last ten years, he learned to tell extraordinarily modern stories. He has always done so in unexpected and sometimes a bit bizarre ways, perhaps because, in large productions, it is often difficult to abandon the great cinematographic and literary epics to dwell on banal aspects of everyday life. The importance of independent productions often lies precisely in the choice to turn to reality to convey their messages.

Speaking of reality, what could be more real than your home? It is usually the beginning and the end of each day and it helps to make our life more stable and peaceful, if it is really possible. Away from everyone and everything, we can reflect on ourselves and move away from the accelerated time of social existence. We have learned quite well during these months of quarantine. Yet, as we will see in the Kill It With Fire review, sometimes a small insect is enough to upset our intimacy.

A game developed by one person

The author of Kill It With Fire is Casey Donnellan, a developer we couldn't retrieve a lot of information about for this review. S.We do know, however, that he has worked for Rooster Teeth Games in the past, already known for having released the titles of the animated series RWBY. Good Casey, however, is in his first solo rehearsal, but we certainly cannot say that he has fared very badly.

Expectations regarding this title were mostly non-existent. Moreover, it is not a product with large sums of money behind it, even if the publisher, Tiny Build, has brought to the headlines some interesting works, such as Hello Neighbor, the soulslike Hellpoint and above all Pathologic 2. Not games of small thickness, in fact, especially the last one on the list. So let's see if, in addition to insects, there is also something more. 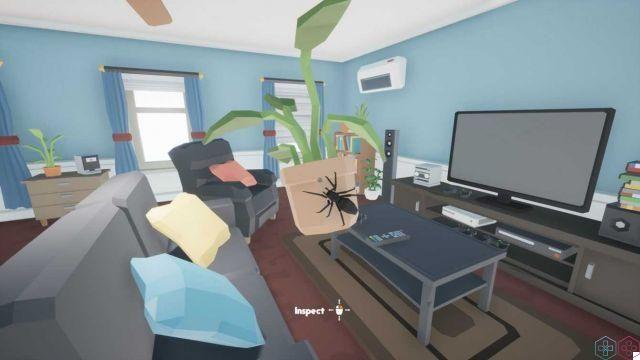 To make the readers of this review understand the nature of Kill It With Fire, it would be good to insert the title within a more specific genre or canon. It is easy to say: Casey Donnellan's title is an immersive simulator, in the manner of Half-Life 2, Prey or the old and beloved System Shock. Obviously, we are not talking about a work with complex dynamics like those just mentioned, but the first person view, the very high environmental interaction and the interpenetration of action and storytelling are roots common to all these games.

The aim of the player will be to complete a dozen missions within an apartment in an attempt to eradicate forever the evil progeny of spider mites that seem to have crept into every nook and cranny. Initially armed with only one notebook, We will unlock more and more weapons over time, some really exaggerated for such small beings. We bet none of you have used a rifle to kill a bug in the house. Yet, it must be said, the light-hearted and colorful style of the game is perfectly suited to such exaggeration.

Environmental interaction, as reported above, is a fundamental element of Kill It With Fire. Almost every object inside the settings can be grabbed and thrown on the pestiferous insects or in the background, for the pure pleasure of messing everything up. By completing the objectives we will unlock new rooms and, sometimes, new armaments. When, after retrieving the spray, we discovered that the entire building could be set on fire (and the flames even spread) we began to realize that Kill It With Fire wasn't quite as dumb as it wanted to be painted. 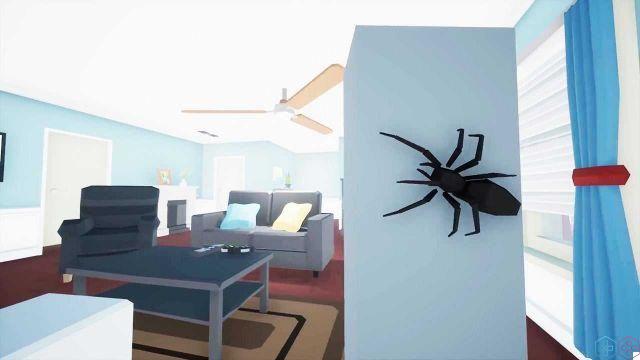 A Little History of Disorder - Review Kill It With Fire

The objectives will vary from killing a certain type of spiders - there are several varieties of arachnids - to the destruction of a certain number of objects, up to some special missions that can be unlocked by completing all the tasks of each level. There is therefore no real plot, in Casey Donnellan's feature debut, nor was anything different expected. However, it should be said, these titles do not always lack narrative content.

The game is mostly set in tight environments, even there are also outdoor sections. Grabbing a book, turning it to examine it and discovering that, on its back, lay a horrible white spider - which immediately ran away - had a certain effect on us. Not because the graphic style of Kill It With Fire is super realistic, indeed, but because it reminded us of moments of life lived on the brink of schizophrenia (you know when a cockroach enters your house and you can't find it anymore?).

Chasing those cursed eight-legged bugs all over the house, moving books, televisions, consoles and sofas it is a fun and exhilarating experience, but we couldn't get a certain one off us feeling claustrophobic, perhaps due to the tighter spaces, or perhaps to the intimate awareness that the welcoming home walls had finally been violated by a seemingly insignificant threat. When, at the end of an internship, we observe the furniture and objects in total disorder, one wonders the meaning of all this. Always between a laugh and another, mind you, because lightness, after all, never hurts. 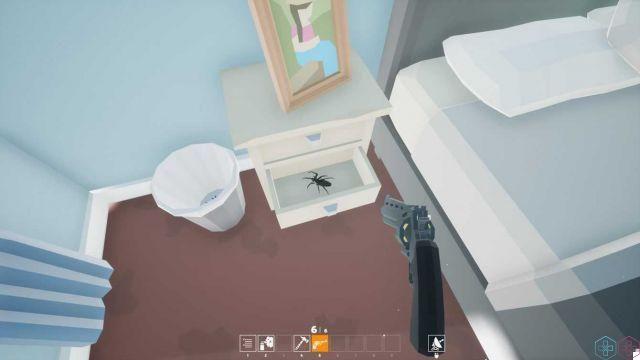 The graphics of Kill It With Fire are certainly not one of those that make you cry for a miracle. It's not bad either, though - and here we would have to open a separate chapter on what a “beautiful” graphic really is, even if we don't have the time. The visual style is very close to the cel shading of many other indie titles, with soft edges, very simple textures and pixelated effects, as befits an indie title of this type. Everything, if nothing else, guarantees the game to perform well on any type of computer, almost. We have not encountered any bugs whatsoever and the frame rate has always been solidly anchored at sixty frames per second.

There is no dialogue in the game, while the soundtrack is good and it adapts very well to the game context, becoming more tense and excited when it comes to chasing one of the beasts. As for the audio effects, we have nothing particularly relevant or dramatic to report. Sounds are average, and sometimes they get a laugh, as it should be. 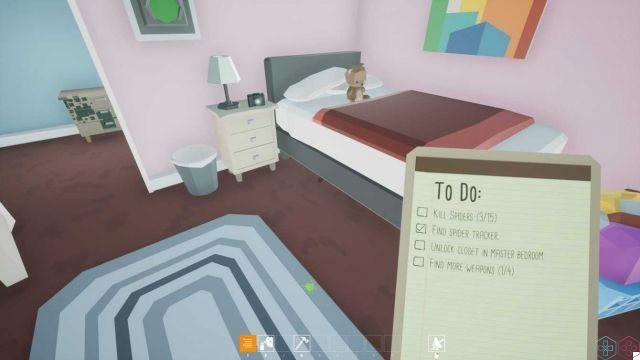 Kill it with fire

Well, the Kill It With Fire review ends here. We are not facing a title that will change the way we understand video games, but we cannot deny that we had enough fun in the approximately six hours it took to summarily end this insect-hunting adventure at home.

Often the attention of the players is engulfed by large productions, but every now and then It is also good to remember how much smaller titles like this can give us. If you are looking for a work a little over the top, but capable of entertaining thanks to its simplicity, Kill It With Fire could be for you.

Have you tried the game? Let us know in the comments and stay with us on the techigames pages for more reviews on the newly released titles.

add a comment of Kill It With Fire Review: when the insecticide is not enough