July is, historically, the least interesting month for us video players. The releases are few, our gaming platforms suffer from the heat as much as we do and summer activities tend to steal even the few hours we have available to play. The big names are on the run, but that doesn't mean there's absolutely nothing to have fun with. Kill la Kill The Game IF will be released on PC, PlayStation 26 and Nintendo Switch on July 4, or the tie-in of the famous anime series (which you can also find on Netflix). Let's see together what it is in this review.

Kill la Kill the Game IF è un piacchiaduro to encounters in 3D arenas. It offers a story mode, the ability to play against the AI ​​or against a second player locally. There is also no shortage of online clashes, both free and classified, essential to make the work a little longer-lived.

As for the history, the game is divided into two narrative arcs that follow the structure of the anime, but deviating to tell a story similar to the original but dedicated to the game which takes hold after the eighth episode. Furthermore, the first narrative arc does not put us in the shoes of Ryuko Matoi, the protagonist of the anime, but in those of Satsuki Kiryuin. The narrative component is also needed to unlock the (few, as we will see) contents of the title, in terms of arenas and usable characters. 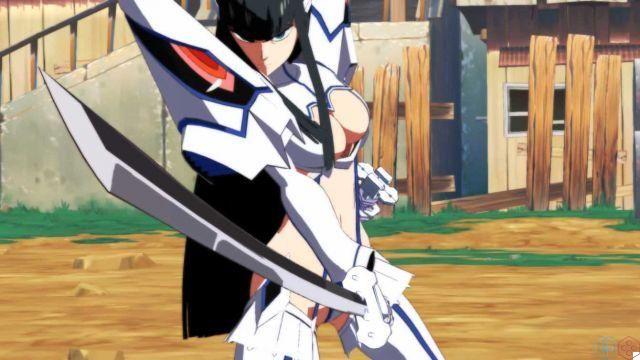 The campaign, including videos, will take us a handful of hours, but as always there will be the possibility of replaying the various fights to get a higher score. This mode in any case he tries to vary the cards on the table as much as possible and does not only offer us a series of classic 1 vs 1 clashes, as in any fighting game. Kill la Kill The Game IF makes us fight, for example, against multiple opponents (in some cases even in a free-for-all) or even against hordes of minor enemies, becoming almost a miniature musou in some situations. In these cases, unfortunately, the selection of the enemy is automatic, the one closest to us is chosen, so you easily lose the rhythm and find yourself having to run around the field to reposition yourself and focus the attacks on a single enemy you want. eliminate as soon as possible: a technical inconvenience that is not too problematic, but still annoying.

But how does the fight work? Kill la Kill The Game IF is not a particularly technical fighting game and focuses a lot on spectacularity and on a Chinese morra structure (paper, stone, scissors, if you prefer). In practice, with a square you perform the close attack, which can be summed up in simple combos also with the help of the left analog stick, with a triangle you perform the attacks at a distance, with a circle you activate a break-guard move that allows you to cancel the parry the opponent (able to stop any other attack 100%) and throw him through the arena to be able to chase him and inflict a combo.

To shorten the distances, use R1 + X (or X + X if you are in the air): the sprint automatically brings us closer to the opponent but can be interrupted with a close attack, one from distance or a break-guard move. Also through R1 it is possible to dodge in any direction with the lever, so as to turn around the opponent or move away from him. By fighting, moreover, you accumulate SP in a bar: by spending 50% of the maximum value it is possible to activate a special attack (always close, from distance or break-guard) capable of inflicting serious damage if it hits. Also, while taking damage, it is possible to spend 50% of the maximum SP to interrupt the enemy combo and throw it away from us. 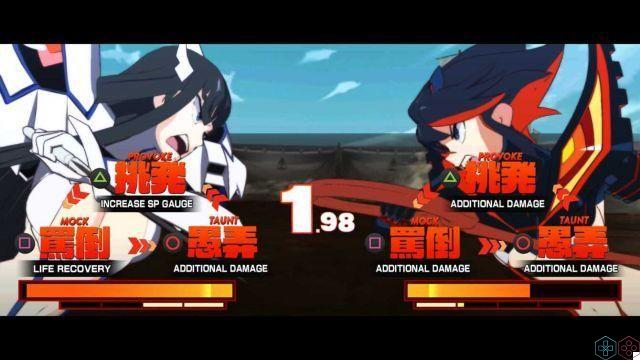 Finally, always with the same SP expenditure, it is possible to emit an aura that, if it hits, inflicts some damage and activates the “Bloody Valor”: it is basically a Chinese morra duel during which both us and our opponent have a few seconds to choose an attack out of three. The square beats the circle, the circle beats the triangle and the triangle beats the square. Whoever has activated the duel, in case of victory, gets a different bonus depending on the chosen key (square-life points, triangle-SP recharge, circle-damage bonus) and increases his level up to a maximum of three; if you upgrade to the maximum, the character becomes much more powerful and can activate with 100% of the SP a finishing move that, in practice, annihilates the opponent.

We also emphasize that if the attacker wins the Bloody Valor, another duel is automatically activated: it is therefore possible to win three times in a row and maximize the strength of the PC in a very short time, with a little luck. In the event of a tie, the attacker still gains the level increase, but a second duel is not triggered. In case of defeat, the opponent inflicts damage on us: it is therefore a double-edged sword that can backfire on the user (even if it cannot kill us, always leaving us with a life point).

The clashes are very fast, dynamic and a continuous exchange of blows and guard breaks. The real value of Kill la Kill The Game IF however lies in the spectacularity of every moment of the game. Special attacks also trigger lightning-fast anime-style interludes that make each battle a shounen sui generis episode. The Bloody Valor itself is interspersed with a cutscene with in-game graphics in which the two PCs exchange blows insulting each other as in the anime. The introduction of the battle itself provides unique dialogues depending on who the characters are on the field: an attention to detail made possible, however, by the limited number of PCs. 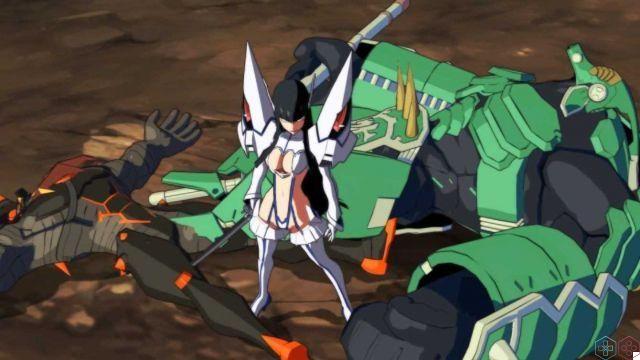 The roster, in fact, includes eight wrestlers: Ryuko Matoi, Satsuki Kiryuin, the four DEVAs under Satsuki, Ragyō Kiryūin (mother of Satsuki) and the Grand Countier Nui Harime. Ryuko and Satsuki then have an alternative form: the count is therefore ten fighters. Three characters with a free DLC will be added to the release, but thirteen is still a low number for a fighting game. The various characters, however, are very different from each other: for example, Nui is able to generate temporary copies of herself, Ira Gamagōri has no ranged attacks but can "punish herself" to temporarily increase her strength and her attacks melee have a remarkable range, Hōka Inumuta has homing shots that weaken the opponent and is able to become invisible during dodging, making it difficult to follow his very rapid movements. Each PC, therefore, has their own style.

Even the arenas are few (only six) and do not strike the eye very much, but they have different shapes and sizes. Overall though, other than earning an in-game currency to unlock gallery items, there's not much to do solo. If you are not normally interested in multiplayer, know that in no time you will have consumed the game in its entirety.

Kill la Kill The Game IF is an interesting and perfect game for anime fans, as it follows its spectacularity and visual quality. Technically it is very solid with extremely clean polygonal models faithful to the original work. The sound is also perfect thanks to the original voice actors and the music taken from the anime. The contents are few but, apart from this, we can not recommend it.

add a comment of Review Kill la Kill The Game IF: puro anime