Grimoire: Manastorm is an F2P arena shooter. What characterizes it is the ability to use spells, which differ according to the wizard chosen

Grimoire: Manastorm is a is a arena shooter Free to Play which has as its particularity the magic. In fact, in the game, we will not find ourselves armed with pistols, shotguns or AK-47s with which we can drill our opponents with bullets, but we will use the different skills of the wizard of our choice. Even if the graphics are not the best, the game manages to entertain.

The idea is good, but the presence of several problems and the absence of players, unfortunately, ruin this game with great potential. 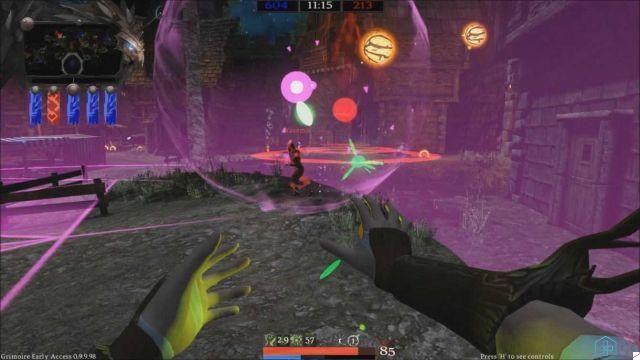 Which wizard do you prefer?

The game allows us to choose between six classes of wizards, with their own arsenals of spells, with the exception of the shield and the two evasion abilities. The different classes are inspired by the various elements of nature and are: 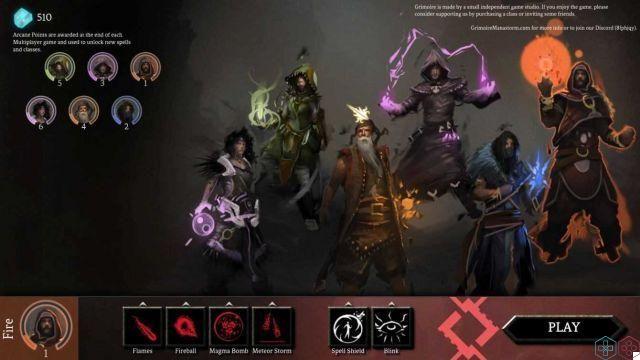 The game is quite intuitive but, if that weren't enough, you can follow a tutorial which will explain the basics to get started.

Every magician has everything five spells, two of which are common to all. In all classes there are thelight attack, which inflicts little damage but which, unlike the others, does not need to be recharged; L'heavy attack which inflicts more damage than the light one, but requires a wait of about fifteen seconds to be able to use it again; L'special attack, different in each wizard, it is the most powerful attack at our disposal, even if you have to wait about forty seconds to reuse it; finally we have the teleportation, which allows you to travel great distances, and it shield, common to all classes of Wizards.

Lo clickFinally, it is not as we know it in the classics FPS, but it is a kind of teleportation that allows us to move a short distance from the point where we are a little ahead, to the detriment of the stamina which, if finished, will not allow us to use this ability again until it is load. 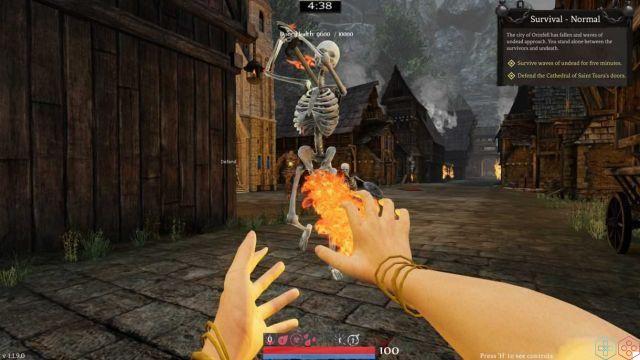 The game modes: between flags to be conquered and clashes between wizards

The game modes that we find are three: 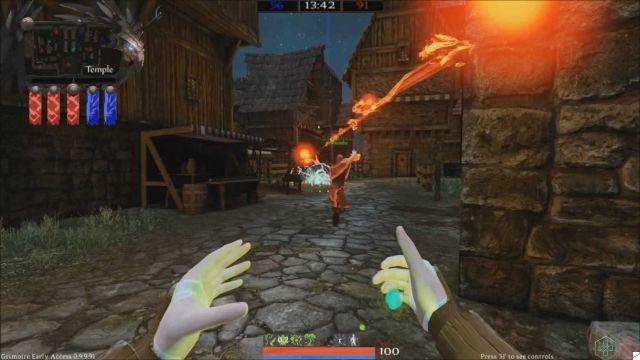 The game has potential and good ideas, with a gameplay intuitive and classic game modes, but fun. Grimoire: Manastorm it's not one of those games to play every day, but one to play if you want to disconnect a little. What unfortunately ruins everything is the absence of people online, thus obliging i players to hole up in the mode single player, which bores pretty quickly. All of this is a shame, because, despite its flaws, it is a game that could have been enjoyed.

add a comment of Grimoire Review: Manastorm, a FPS with magic blows