Also arrives in the West Dragon Quest Builders 2, the particular RPG in a "cubed" sauce developed by Square Enix and Koei Tecmo. This is our review in which you will find out what we liked and what, instead, made us turn up our noses

The videogame world is often struck by fashions and phenomena which, many times, inspire (or contaminate) the development of entire works. Although now the headlights are focused on the "Battle Royale", a few years ago they illuminated the "Survival”More oriented towards the“ Sandbox “. The undisputed leader of the latter genre is, without a doubt, Minecraft: a videogame based on creativity in which the objectives are 2, to survive and to build.

How long Dragon Quest Builders 2 could appear as a Minecraft clone in the universe conceived by Yūji Horii, in reality it is not quite so. Therefore, let's find out if it impressed us or not in the full review, based on our experience gained on PlayStation 4. 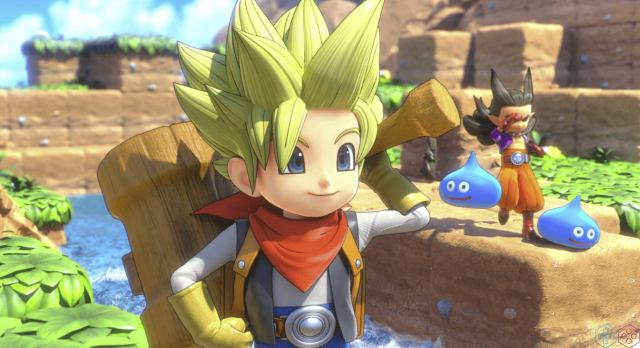 Dragon Quest Builders 2 Review: the builder that will restore balance

Dragon Quest Builders 2 is set several years after the first chapter, but we already warn you that it is safely playable (and enjoyable) even without having tested any video game of the saga. Like the first title, in fact, this too takes place in a universe “parallel” to that of the main trend. More precisely, it is placed immediately after Dragon Quest II, of which we will find several characters and enemies. The premise on which the story is based is very simple: we are builders and will have to restore the balance destroyed by the Sons of Hargon. Although the story may seem only a pretense to introduce the gameplay (given the lightness), it is very present, written quite well and not free from twists and turns.


Initially we will have to help the Sons of Hargon to fix the ship on which they hold us prisoner, until a storm destroys it causing the ocean waves to take us to the initial island. Here the first characters that will be part of our adventure will be introduced: Lulu e Malroth. The latter will be our faithful companion who will help us in combat, a real right arm.

The story of Dragon Quest Builders 2 continues as we discover and visit new islands, which will always contain new blocks, items and features. The quests proposed by the inhabitants are almost the same: go there, take that, drop this and build stuff, but especially the latter. Yes why construction is the keystone of the entire title, what makes the story progress and moves the fortunes of the characters. Our protagonist is called to reconstruct (or build from scratch) structures, objects, up to the point of dedicating himself to the development of entire cities. 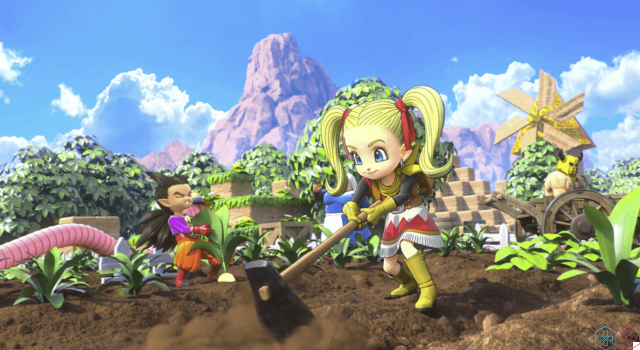 As we have already mentioned, in the title there are several islands containing more and more new objects. Without falling back into spoilers, a lot of importance has been given to cultivation and at Mineral Resources. Speaking of the first, whether they are cabbage, pumpkins or tomatoes, it does not matter: to make a arable land we will have to place a scarecrow on the ground, and then bring our "earthworm" friend who will decontaminate everything, but he will not be the only one to tend to us. the hand.

In fact, the secondary characters that we will meet on our way they will have their own use. From the farmer who is attracted to pure soil and then plows it, to the warrior who collaborates with us to repel the waves of enemies, the world of Dragon Quest Builders 2 is alive. But this is not deduced solely from this. Our companions carry out activities in a completely autonomous way based on the room in which they are located, for example: if we place a kitchen and some ingredients inside a basket, the chef on duty will put himself in the kitchen, making us and the citizens enjoy freshly baked dishes.

Something similar happens, then, in the mine (without going into details). At first glance it might seem like a small thing, but we assure you that seeing citizens collaborating with us made us feel in a living world. Beyond that, our comrades they will take action to meet their needs, such as breakfast when you wake up or a shower before bed. All these details allow Dragon Quest Builders 2 to have a real beating heart, never making us feel really alone. 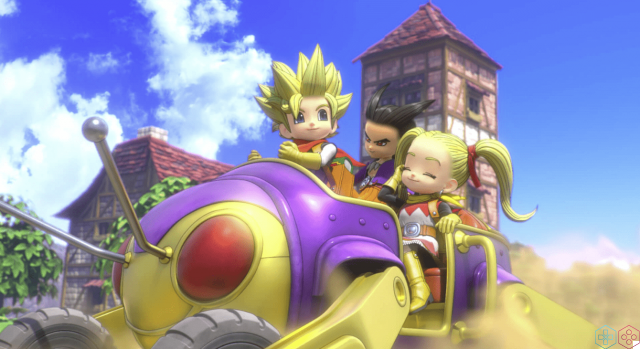 Now let's talk about the real core of the videogame: the construction. Building is the most fun activity to be carried out in the various territories. To make the most of this feature, the best way is to set the first person view. Right from the start, we learn that to build a certain room, we will have to place a certain amount of specific objects inside. Whenever we learn how to build a new room, it will be included in our manual so that it can be reproduced again.


The rooms can vary in size, height and we will be able to create numerous versions of the same environment. Our creations, in fact, can be characterized by a more rustic look, up to a modern style. Although all the constructions are customizable according to our taste, some require a draft (made directly by the protagonist) to be emulated necessarily, since they are essential to proceed in the quests. As you progress, even the citizens will lend a hand to our builder to build certain structures, increasing the sense of immersion.

The islands featured in the Square Enix title they are characterized really well. In addition to the main ones, there are secondary ones, placed there mainly for the collection of specific objects and creatures. Each island features various mini-boss (or "very strong enemies") delving into their own lands, which are hard enough to knock down. These, together with the real ones bosses belonging to the main quest, represent the maximum peak of difficulty, which is however not very high.

Although great strides have been made on the stages of combat, the latter it is really unsatisfactory. Battles often result in banter and escape, without a chance to dodge, making the combat system truly spotty e uninspiring. Nice to be able to perform some special moves with Malroth, but we would have appreciated the implementation of a real combo system, in order to make the battles much more dynamic. 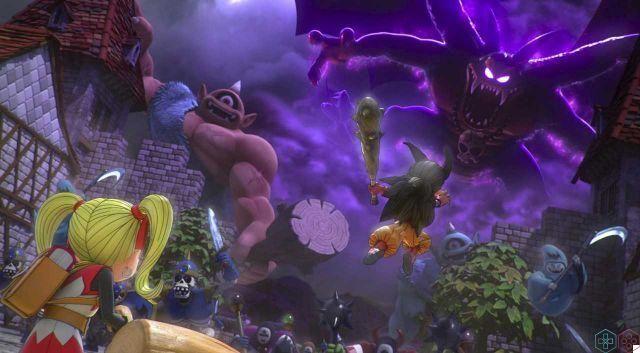 The most substantial innovations introduced in this second title deal with breaking down dead times. First of all it is it click, which will allow us to run until the stamina bar is exhausted. There is also a slight component "survival”Based on the percentage of hunger. If our character is poorly fed, he will no longer be able to shoot, nor perform the classic movements with fluidity. In addition, scattered around the various islands will be the Naviglobi: real points instantly reachable once discovered. THE quick trips they are totally free and functional even once we have engaged in a fight. In addition to this there are the means of transport and Cloak of the Wind: a parachute that will allow us to glide from the highest points.

Il multiplayer represents one of the most awaited news. In fact, it is possible to join your friends (or vice versa) to start building the most original structures of all the islands. Progress, however, will only be saved in the world that welcomes guests. Another very welcome change is the Dashboard, which will allow you to post our snapshots and admire those of players from all over the world.

In Dragon Quest Builders 2, as in the first chapter, not all objects are cubic in shape. This does not clash at all with the environments, on the contrary, the whole is very homogeneous and creates a harmonious atmosphere. Previously we talked about the splendid impression given by the various territories, but also the different ones characters they are no less. Out of the magnificent pencil of Akira Toriyama, the latter they enjoy an excellent characterization and, as in the other Dragon Quests, they seem to have come directly from the Dragon Ball universe (in this case more cute and cuddly). In general, the artistic sector is really nice and placed in an excellent way, too bad for some frame rate drop in certain areas.

Although the music are very inspired, the scarce amount of the latter makes it really repetitive to our ears. The quality of the dialogues, through which the whole experience is narrated, is very high and helps to better define the characters. As in other Dragon Quests, here too some characters or creatures will use terms taken directly from jargons belonging to various places in Spain. A detail that certainly makes you smile and lightens the weight of reading.

An Action RPG that hits the mark

Dragon Quest Builder 2 is a great title that may appeal to even non-sandbox lovers. The reason lies in its nature as an RPG that guides the player in the main side quest, while leaving a certain freedom. The title has made huge steps forward compared to the previous one, but by continuing to refine certain aspects (such as the combat system) it can excel in what is a slice of the market by now worn out and devoid of news. The videogame in question, however, manages to give hours and hours of pure fun thanks to the independence attributed to us, always maintaining a well-focused objective.

Fairy Tail review: the JRPG of the summer (maybe)! ❯