Dirt Rally 2.0 is the great return of Codemasters in mud, gravel and engines. The Dirt series has always amazed us, thanks to innovation and simulation, will it be successful this time too? Let's find out in the Dirt Rally 2.0 review

For the lovers of rally simulation, the return of the Dirt Rally series to our consoles and PCs can only be good news. Always Codemasters has accustomed us to great video games with a simulation more and more attentive to the requests of the players.

In this new chapter, bare simulation is set aside to offer a software capable of satisfying all the demands of the market. The simulation is not lacking, this is to say, but the arcade component is there and makes itself felt (maybe even a little too much). 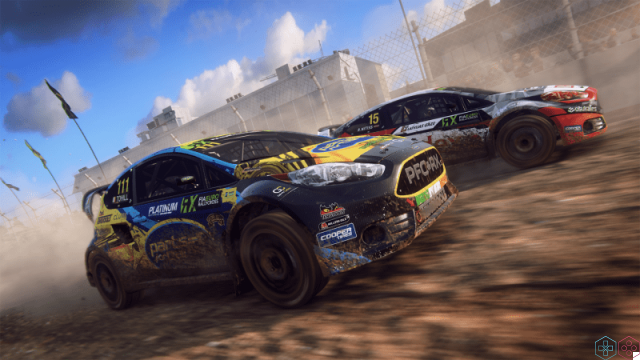 When a copy of Dirt Rally 2.0 I can't hide the fact that I lit up like a track at night. The branded video game series Codemasters have always been one of my favorites!

Dirt Rally 2.o has an impressive amount of content. A satisfactory number of cars, a good number of tracks but there are also some great absentees.

Before talking about what is not there, it is good to introduce you to the Dirt rally 2.0 signed package. With this new chapter you will have the opportunity to create your own driver and make him grow professionally through classic, Rally or Rally Cross races. Among the tracks we can find those granted by the license F.I.A. World Rally Championschip. In this package we have 8 tracks including Barcelona e Silverstone!


One of the great absences mentioned above is certainly the license WRC but trust me when I tell you that you will not miss it. The weak point of this video game is not given by the contents which are rather in abundance.

The other big lack is snow! Which will unfortunately only come through the purchase of a DLC. 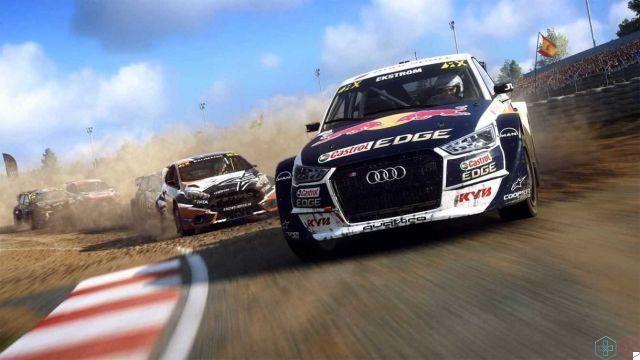 The career growth curve of Dirt Rally 2.0 it is quite steep. A downward spiral in which you will have to keep an eye on your car and your team. By doing this you can have better performances and much higher chances of success.

An element that is perhaps not too positive can be seen during the races. The artificial intelligence is adaptive which allows the player to start with a greater sprint that gradually decreases with the passing of laps or kilometers traveled. More than once we found ourselves having to redo a race due to too aggressive AI in the final.

The lack of the ability to rewind time for a few seconds raises the bar of attention but in these cases the need is felt.

To best play a Dirt Rally 2.0 you must have a Force Feedback steering wheel equipped with a clutch. But if you decide to use your joypad, the help insertion will be mandatory. The feeling with the different cars (especially the great classics) is not the best even if the feedback given by the different tires is very well thought out.

Although we would have liked a slightly more simulation video game, we understand the needs of the market and the choices made by Codemasters. Overall, playability can satisfy (almost) all palates and the choice to activate or not the aids is fundamental in today's market. 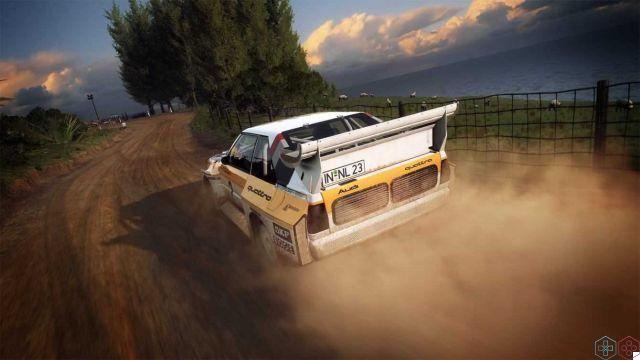 The technical sector offered certainly does not scream a miracle even if the optimization on PlayStaione 4 Pro makes 60 frames per second a guarantee. The car models are faithful and the interior of the passenger compartment is also quite satisfying.

The same cannot be said of the paths that have even very intense texture smudges and lose quality especially in the most excited moments. The vegetation in particular does not shine for accuracy. All this is obviously caused by a graphics engine with perhaps a few years too many on its shoulders.

The glance you get when driving makes you forget these small uncertainties also thanks to the good reproduction of the sounds generated by the powerful engines. 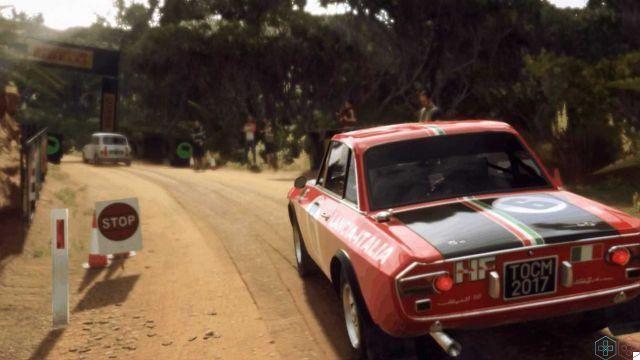 Dirt Rally 2.0 is a good game but not great. Some shortcomings, some compromises and small facets do not elevate it to the Olympus of the great unmissable driving games.

Despite what has just been said, we would like to recommend it to lovers of this sport and more generally to lovers of driving video games. Also suitable for beginners Dirt Rally 2.0 could open the doors to a world made of skids, hairpin bends, bottlenecks and walls.

add a comment of Dirt Rally 2.0 Review: A controlled skid?