Broken Blades review: a new indie in the world of rogue-like

In this review we will talk about Broken Blades, a rogue-like indie recently available on Steam with randomly generated levels

After the release of successful titles such as Returnal and Hades, the rogue-like genre is increasingly establishing its position in the market. Today in fact we are struggling with the review of a rogue-like indie called Broken Blades. The title is a 2D indie with platform elements created by the Polish studio of Golden Egg Studio and published by West Wind Games. The title is clearly inspired by many other indies of this type, one above all the famous Dead Cells. So let's go and discover in detail every aspect of Broken Blades.

As mentioned at the beginning of this review, Broken Blade's rogue-like elements are at the heart of the game. If you don't like this type of titles, this will certainly not make you change your mind. This indie is very brutal with the players and does not discount anyone, if you die you will have to repeat the whole dungeon that you were facing from the beginning, even if you had reached the inevitable end-of-level boss.

The main mechanics on which this title is based are the randomly generated levels. In fact, with each death we will not find ourselves repeating the same dungeon we have already faced previously, but the layout of the rooms, traps and enemies will be different. So, as with any title like this, sometimes what you need is to have a bit of luck to find the right items at the right time. This procedurality of the levels, however, it's not that successful, since it doesn't make starting a dungeon all over again, both because there won't be huge differences in its structure and above all in its gameplay. 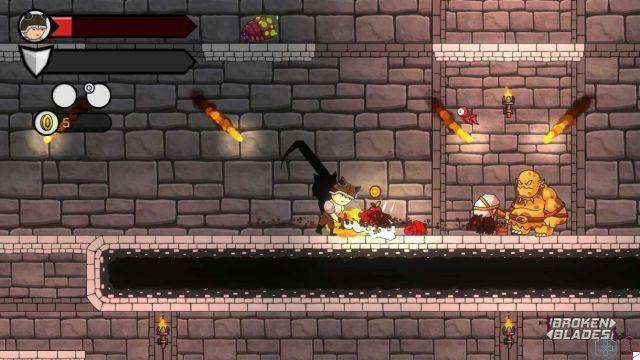 As we went through this review, we noticed that the main weakness is that it ruins the gaming experience of Broken Blades is its gameplay. The animations are slow and the responsiveness of the commands is not at all precise. In fact, after the first deaths you will begin to feel a heavy frustration, especially since many of the deaths you will encounter will happen precisely because of the defects mainly related to low reactive controls and really badly handled combat mechanics.

Combat balance does not exist and you will have to hope to find the right weapons to be able to overcome some enemies without taking too much damage. I boss then in some cases they will represent a real nightmare and without the right equipment you will first start over directly. It goes without saying that death after death, you are not pushed to improve and try again, because the title is unbalanced in every aspect related to the combat and also does not give a minimum of help to the player to alleviate the repetitiveness of starting a dungeon every time. 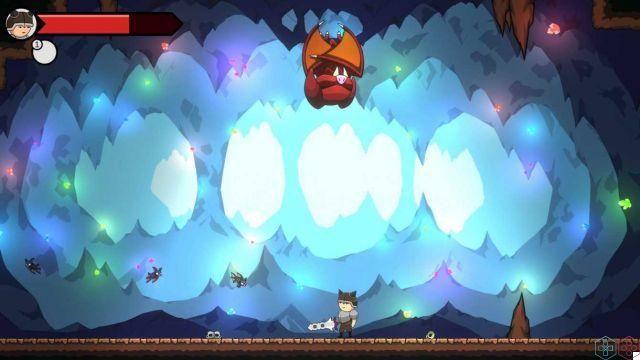 Il upgrade system it is fundamental in any good rogue-like, and Broken Blades also has several items that will allow us to become powerful enough to overcome the various dungeons. We can find some around parchments which will allow us to select one of two upgrades. We can decide to increase health, armor, attack or even the possibility of taming wild animals to make them our allies. Thanks to the system of choice we will therefore be able to create a very personalized build of our character.

We can then find gods sword pieces to create the sword of our dreams, but we will have to be careful of balance power and agility for good, since if we make a sword that is too big it will be very slow to strike, making us very vulnerable to attacks from faster enemies. On the contrary, if we focus more on agility we will do little damage with each shot, so we must be able to find the right middle ground in order to defeat the enemies with the minimum risk. 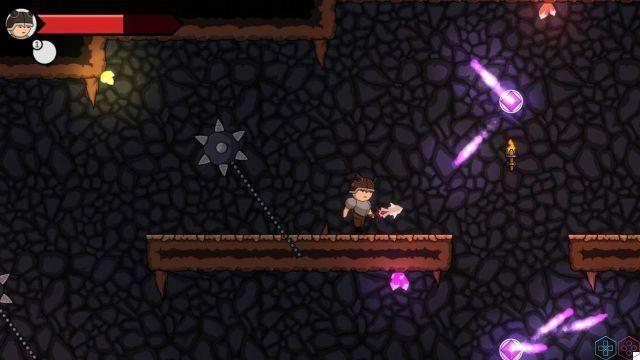 We have come to the conclusion of this review of Broken Blades and we can say that we are facing an indie that wants to emulate other rogue-like that have made the fortune of this genre in recent years. Unfortunately, its interesting structure made up of procedural layers is undermined by frustrating and careless gameplay, which also makes the good character upgrade system useless due to unbalanced and not very funny fights. Death after death boredom will set in very soon.

The title has a 2D technical department without art it starts, with a very evident recycling of assets and a repetitive soundtrack that will soon be boring. Surely, even if this game is sold on Steam (and in 2022 it will also arrive on Nintendo Switch) at a very reduced price, it is worthwhile to throw yourself into more successful titles within the genre since there are certainly no shortages.

add a comment of Broken Blades review: a new indie in the world of rogue-like