Let's find out in this review Blair Witch in PS4 version, a game with two very distinct souls perhaps too separate from each other

Darkness surrounds you. What is happening around you seems to lose more and more sense with each breath you take. Your only safeties are your flashlight and your dog which can guide you in the middle of the forest. This is the condition you are thrown into after a few minutes Blair Witch. The game, developed by Bloober Games and released by Lionsgate for Xbox One and PC over the summer, is now also coming to PlayStation 4. Will it be able to live up to the fame of the 1999 horror film of the same name? Let's find out in this review!

In the forest of Burkittsville

As mentioned, Blair Witch harks back to the 1999 film of the same name and its sequel shot 17 years later. The game takes us to the dark and mysterious forest of Burkittsville as Ellis Lynch, who joins the police in the search for a missing 9-year-old boy named Peter Shannon. We immediately understand that something is wrong, both in the mind of our protagonist and in the mysterious forest where increasingly strange events happen.

The narration is carried out mainly by the dialogues that take place through the walkie-talkie or the telephone supplied to the protagonist (the possibility of being able to play Snake and Astro Blaster, typical games present in mobile phones of the early XNUMXs, is highly appreciated). Too bad the plot is too phoned, stuffed with those clichés typical of horror films of recent years. A little more courage would have taken the Bloober Games title to the next level. 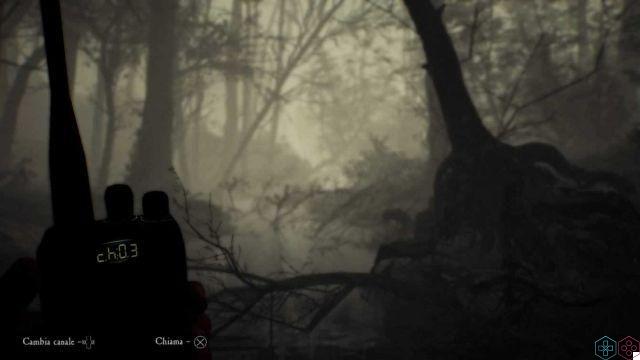 Blair Witch transports us to a world that loses its meaning with every step. It is a game that tries to deceive us from the minute you play it, which aims to make us lose all certainty in order to scare us. The first big deception is the very structure of the game. In fact, in the first part we will be scattered in the forest, only apparently boundless and devoid of reference points. The presence of our faithful four-legged companion Bullet allows us to avoid the frustration of shooting an apparently all the same setting, thanks to him in fact we will almost always have a guide on the direction to take.

It is in the second part of the adventure (lasting about 5-6 hours) that the game completely overturns the cards on the table. If before the light was your lifeline in the wide spaces of the forest and against the monsters within it, now the environment is extremely claustrophobic. The "combat" mechanics are reversed and now the dark will be your main weapon.

This upheaval is so marked that it makes the two parts of the games seem completely different from each other. With the first a bit dull and slow-paced, while the second does not leave a moment of respite, enhancing the horror component of the title much more. 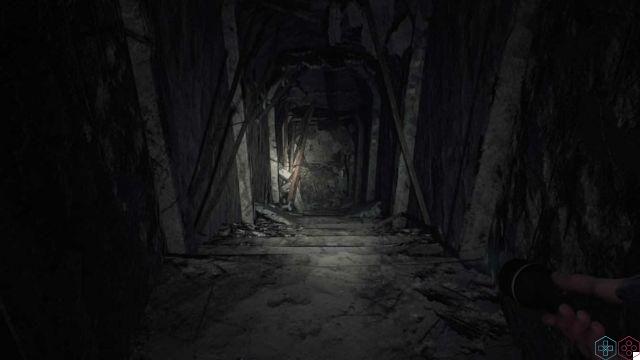 The game is proposed as a classic first-person horror in which the protagonist is essentially defenseless. However, there are some mechanics that try to give a unique character to the game. Eg dog management, who will not only tell us the correct path often and willingly, but you will also have to manage in order to increase the level of affection that the protagonist has with Bullet.

Level of affection that integrates with the "tracked behavior". This system consists of a silent tracking of our actions, which will lead to a series of different endings (read our guide to find out how to get them all). By delving into this mechanic, you understand how the game is constantly trying to trick us into making the wrong choice possible.

The monsters that appear during the unfolding of the plot will be faced with the torch. illuminating these mysterious beings we will be able to defeat them. Unfortunately this system becomes not very stimulating after a very short time and manages to keep the tension high only the first time this obstacle is faced. Much more interesting in the second part the need for do not look never what we are facing, forcing the player to travel through areas already dark of his not seeing where he goes. This mechanic manages to exponentially increase the fear of what could happen behind us. 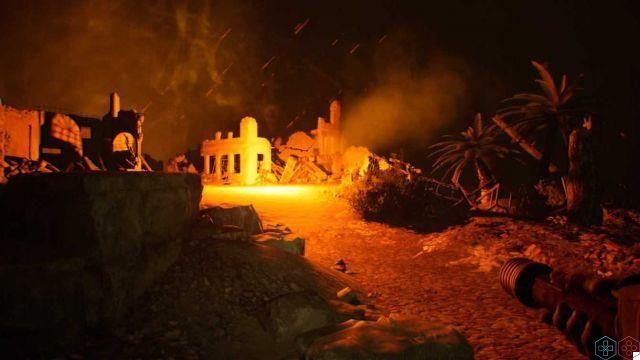 Blair Witch has a decent graphics sector. The game runs smoothly and smoothly even on the base PS4. Although the variety of settings is not very varied (in fact you are almost always inside a forest), the light used can always make you feel in different places. In fact, just like the idea behind the Impressionist current, awith different light it is able to completely transform the same place making it a place never seen before.

The sound sector is also good. The work on Sound Design is perceived in particular on the spatiality of 3D audio. AND' The use of headphones is strongly recommended, in this way you can enjoy the sounds coming from all directions, also necessary in the phases of combat against monsters. Without them it could be boring in some situations to understand where your enemies are in total absence of light, forcing you to rely only on the faithful Bullet. 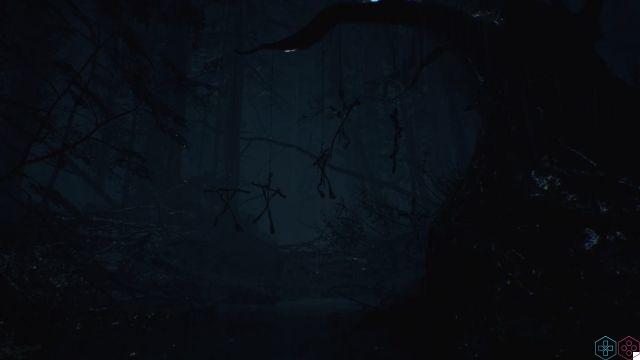 Throw yourself into the dark!

Blair Witch is a good game featuring two distinct souls. A first part that is certainly the weak point of the production, with banal clashes and a fluctuating pace. While in the second part the game is transformed and acquires its own identity, managing to involve and frighten much more. The peculiar mechanics of the title are interesting and well implemented, except the clashes with the use of the flashlight that fail to remain impressed by involvement. Net of a few too many defects, the game succeeds in the intent to scare and lets itself be played with pleasure.

The feeling of losing control of what is happening inside the Burkittsville forest manages to create tension for the player, as the latter is used to having complete power over all aspects of a video game. The mystery is the Blair Witch engine that does not always want to give a complete explanation to all events and, sometimes, a veil of fog manages to be more interesting than a beam of light.

I hope you enjoyed this review and keep following us on techigames for other interesting insights on individual titles and all the news from the world of video games and beyond!

add a comment of Blair Witch PS4: don't look at this review!