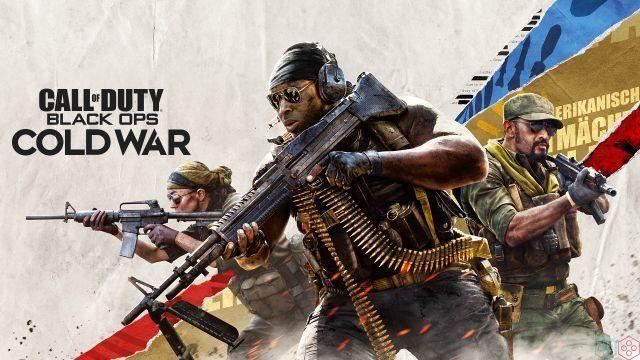 PlayStation 4 users will be able to participate in the Call of Duty Black Ops: Cold War Alpha over the weekend, the new title in the series produced by Activision

From 18 to 20 September, PlayStation 4 users will be able to participate in the Alpha of Call of Duty Black Ops: Cold War. This demo version will be totally focused on multiplayer and will be downloadable for free by all users with a copy of Call of Duty: Modern Warfare or Call of Duty: Warzone.

Here are the modes present in the Alpha of Call of Duty Black Ops: Cold War

The Cold War Alpha download will cost around 25GB. All of this can be downloaded for free without the need for a PlayStation Plus subscription. Anyone who logs into the Alpha will receive a special business card for attending the event, which will be accessible from the Modern Warfare or Warzone main menu. Activision talked about the possibility of changing the equipment of your character choosing between different variants, or customizing everything in the most congenial way.

Players will be able to play the classic 6vs6 Deathmatch mode, Kill Confirmed - a variant of deathmatch in which operators must confirm kills collecting dog tags from fallen enemies before the other team retrieves them - and finally Domination, which involves conquering objectives. Dominio will also be available in the Combined Weapons variant, which involves the use of vehicles, in tune with what happens in the battle royale mode. Everything will be playable in three maps, Miami, Armada and Satellite, some of them already shown in the presentation trailer.


In short, the offer of the Cold War Alpha seems to be very substantial. The multiplayer mode has always been very important to the series, and it seems that again this year Activision wants to focus on multiplayer to push the sales of its blockbuster. Are you already playing too? Let us know in the comments and stay on the techigames pages for any news about your favorite video games.