Almost ten years after the first chapter of the series, Valkyria Chronicles 4 whizzes on the current generation consoles taking us to war against a powerful enemy with a clear advantage. Will our heroes make it back home safely?

The first chapter of the successful series Valkyria Chronicles is published in Japan on April 24, 2018: thinking about it now seems like years have passed, and instead it happened almost the other day. The first chapter is a real success on PlayStation 3, and not only in Japan: SEGA decides to take it to the West, where it comes out a few months later but always getting an excellent response from the public and critics. Sure, from there to Valkyria Chronicles 4 we have to tell you about today a lot of water has passed under the bridge.

Where have all the other main numbers in the series gone? They ended up on PSP, and unfortunately the third never even arrived here, while in Japan a whole series of manga and anime contributed to enrich the series even more. Patience, with Valkyria Chronicles 4 SEGA is clearly intent on making up for lost time, so much so that the title has arrived without problems on two of the most popular consoles in the world: PlayStation 4 e Nintendo Switch. How much has it changed compared to the past? Is Valkyria Chronicles still himself after all these years? Let's find out in our review.

Valkyria Chronicles 4 takes a step back and returns to origins of the series, telling a parallel story to that of the early Valkyria Chronicles. We are therefore once again in 1935, in full historical dystopia: Europe is currently divided into two very specific belligerent blocs, with the Eastern European Imperial Federation to the east (obviously) and the Atlantic Federation to the west. The first of the two is governed by a centralized government that is very reminiscent of a merger of imperial Germany and the Russian empire, while democracy is all concentrated in the west in the Atlantic Federation. Naturally, the two super states are at war with each other, and as you can imagine for the possession of a tangible good: it is the ragnite, source of energy on which the whole civilized and war world of Valkyria Chronicles 4 depends. 'where are the ragnite deposits located? That's right, on the natural border between the two states. 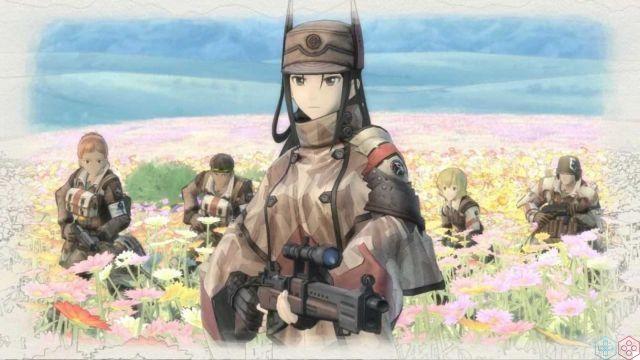 The Valkyria Chronicles series has always indulged in some stereotype too many, you will have noticed from the few historical references of the title that we have just reported: but everything is forgiven easily, after all it is a work of fantasy. Quite peculiar is the narration specific of Valkyria Chronicles 4, which focuses on a parallel story (but not marginal) compared to what the player has already seen in the first chapter: in this sense we could define the title as a perfect synthesis between past and future, between 2008 and 2018. In Valkyria Chronicles 4 four boys who have been friends since childhood leave for the war and find themselves in the 101st division of the Edinburgh army, in the service of the captain Claude Wallace.

The entire title focuses on the implementation of a military operation known as Operation Northern Cross: basically the democratic governments are now desperate, and try everything with a final invasion that (if successful) will lead to the conquest of the enemy capital, and therefore to reverse the fate of the conflict. However, do not expect a story that is too deep or "heavy": Valkyria Chronicles 4 also knows how to linger in more carefree and fun moments, telling the background of the conflict and the personal stories of its young protagonists, as well as the relationships between them that will gradually develop. deeper as the approximately 30 hours of gameplay required to complete the main adventure pass.

Strategy is Everything - Review Valkyria Chronicles 4

Il gameplay di Valkyria Chronicles 4 it is deeply strategic: if you are looking for a title that allows you to spend 10 minutes turning off your brain, you have chosen the wrong one. Without careful planning of the comrades to send into battle, of the strategies to be implemented and then immediately after their implementation in practice, you will find yourself replaying the same mission twenty times before being able to carry it out. Much more satisfying, on the other hand, is trying to understand and study them right away different game classes and how they work: each character specializes in a certain type of weapon, and has specific bonuses or penalties that he will take with him into battle. For example, there are those who give their best by playing as a team, and others who shine only when they are alone and can concentrate: for example, snipers. All these parameters will be carefully studied in the game menu, with the aim of setting up the most efficient special team possible: war is a serious matter. 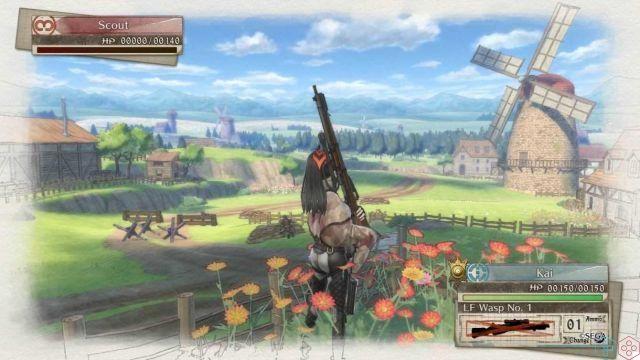 The gameplay of Valkyria Chronicles 4 is also divided into two distinct phases: the planning your shift and then the session in which that determined action already planned is carried out, in short third-person sequences with sporadic action elements. It will be in these moments that we will actually take control of the character and attack the enemies, but clearly each of the two moments is closely linked to the other. Of course, each of the available heroes will be able to perform actions that are forbidden to others, take advantage of certain types of completely personal weapons and abilities, which can however be modified and enhanced away from the battlefield. In fact, in Valkyria Chronicles 4 theCentral HUB, where you can cultivate relationships between fellow soldiers, find out more about them, and spend your experience and skill points to make them more efficient on the battlefield. All naturally seasoned with graphic engine owner of the series, which combines decidedly well-finished polygonal models with very evocative pastel shades, for an immediately recognizable artistic style.

Valkyria Chronicles 4 is the worthy fourth installment in a successful, entertaining and instantly recognizable series: fans have long been waiting to return to the war, and will appreciate the chance to do so, especially with the promise of exploring parallel events to those told in the first Valkyria. Chronicles. The only defect that we could really attribute to the SEGA production is its lack of innovation: but it is a game that from the beginning points to the past and not to the future, therefore any complaints would leave the time they find. On the other hand, the optimization on consoles on both Nintendo Switch and PlayStation 4 is excellent, where the title is fluid and perfectly enjoyable. We do not doubt that a possible Valkyria Chronicles 5 can reach this point also in Europe without too many problems.