Finally after almost six months Tropico 6 arrives on consoles, and specifically in this review we will talk about the PS4 version. If you are interested in the quality of the title, here we will analyze in detail all the aspects of the latest Limbic Entertainment effort

Tropico 6 is the latest chapter in a historical saga, which has been one of the cornerstones of the management genre since 2001. Now finally even console players will be able to play the role of the most beloved dictator in the world, both on PS4 che Xbox One.

At the start of the game we will immediately be thrown into the menu of Customization, where we can change the appearance of the President and the palace. There aren't a lot of aesthetic variations, but adding your own personal touch to a game is always nice. Moreover, some elements will not be available immediately, but will be unlocked by reaching certain in-game objectives. On this screen you can also choose i whether of the President, which allow you to get various bonuses during our games. 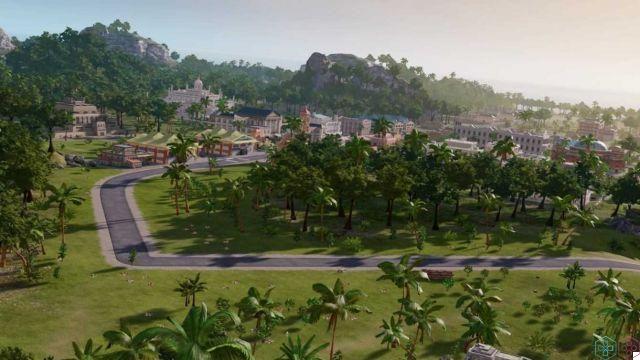 Tropico 6 presents many news compared to the previous chapter, first of all the possibility of structuring one's nation in a archipelago. In the old titles it was possible to manage only one island at a time, while now we will have an entire archipelago at our disposal. Also important is the new system of RAID, where through specific structures we will send military or hackers to do dirty jobs for us. Through the raids, in addition to useful resources, it will also be possible to steal from other countries meraviglie, which will guarantee us incredible bonuses. Another simple but useful addition is that of bus sheds, which will allow us to move even the poorest citizens from one part of the island to the other.


In the management systems, the main game mode is sandbox, in which you have to create your own nation and make it grow without a final goal. The sandbox mode of Tropico 6 allows high customization, there are many archipelagos to settle in and values ​​ranging from the abundance of resources to the frequency of natural disasters can be changed.

In the title there are also some missions, which instead require the achievement of various requirements to be completed. The missions are very different from each other and are an excellent alternative in case you want to vary a little from the classic management gameplay. In this mode, different special rules apply to each mission, for example in one mission we will have to survive on an island devoid of resources using only piracy, while in another we will have to make our nation prosper without building houses for citizens. There is also one Multiplayer which allows you to share the game with three other players. 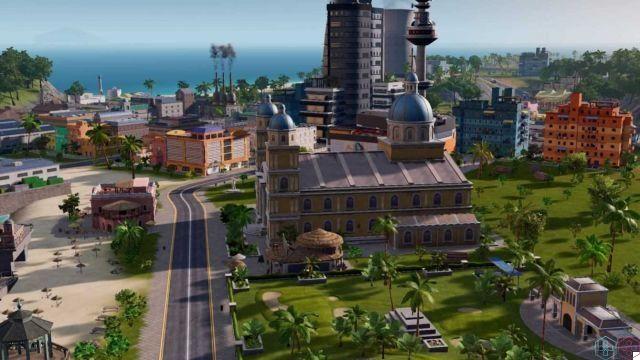 Among the most interesting features of Tropico 6 is the division of the historical period into four eras: Colonial era, World Wars, Cold War e Modern times. To move from one era to another, it will be necessary to meet various requirements, such as declaring independence from the crown or allying with a superpower. These four periods have many differences, not only in the structures and factions, but above all in the style of play.


Depending on the era in which we find ourselves we will have to take into account the changes in the world economy, in the colonial era we could have achieved economic independence simply with rum factories, but this certainly will not be enough in modern times. Furthermore, the new structures we are going to create will often need materials to function, so we will be forced to create the necessary production buildings first. Of course it is always possible to import the materials we need, but if, for example, we do not ourselves produce uranium for our nuclear power plants, we will soon find ourselves without money and without energy.

There are numerous in the title factions representing the ideas of our population and we will constantly have to deal with them. When playing we will have to be careful to respect all the wishes of these groups, since their support is essential to remain in power. Our every action will change the satisfaction of citizens affiliated with a given group, whether it be building a structure or issuing an edict. Factions will often make us direct requests, which upon completion will guarantee a reward and an improvement in relations with them.

These missions are not always good, as rejecting them causes a reduction in relations with the faction and will often distract us from the main needs of the nation. Sometimes two factions will even be able to do requests at the same time, in this case we will be able to accept only one and the rejected group will not be happy.

In more modern times we will have to better manage the international relations. Over time you will come to have to deal with five world powers, which will have to be satisfied in the same way as the factions. It is necessary to build embassies and trade with them to stay on good terms, but helping one superpower will surely cause disagreements with the others. If relations dwindle too much, foreign states could declare harmful embargoes against us or even declare war on us. 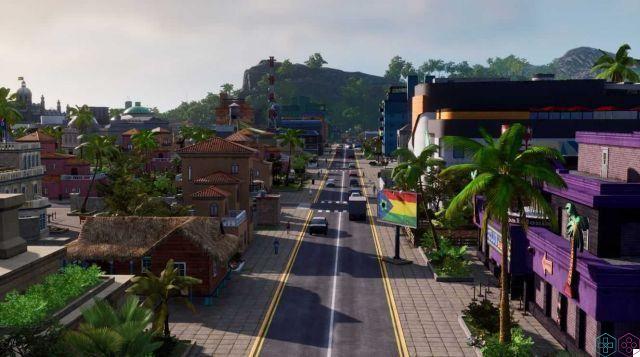 In the course of the game we will not only have to worry about the bank account and foreign powers, but also about elections. The President's mandate has a deadline, which once reached will force us to go to the elections. A convincing speech and a few public works are not always enough to remain in office, and this is where the powers of the President come into play. Our presidential office gives us access to many means, more or less legal, to stay in power. For example, it will be possible to appoint our trusted adviser Penultimate of rigging the voting results or we can simply decide to do not hold elections. In addition to this, if you have the right facilities, you can do it stop, kill o internment both the members and the leaders of the factions who do not support our work.

A very important figure for the success of our shady deals is that of Broker, a man who using the funds of ours Swiss account it will provide us with numerous benefits. You can use this untraceable money to increase relationships with factions, to obtain building plans, or to resolve requests without doing anything. There are many ways to get money into your Swiss account, but the most reliable is to complete the assignments offered by the Broker from time to time. 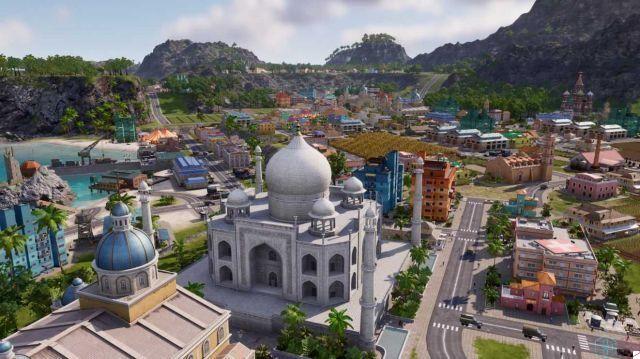 Despite being a secondary aspect of the title, the soundtrack deserves a special mention. The game includes inside more than two hours of Caribbean music of excellent quality, able to make us feel as if we were really on the beaches of Tropico in the company of El Presidente. Most of the songs are true classics of the genre, which unfortunately often clash with the copyright policies of many online platforms, for this reason the presence of a streamer mode, which allows you to play using only copyright free music. The audio sector, combined with the bright colors obtained through a skilful use ofUnreal Engine, make the game always enjoyable even after long sessions. 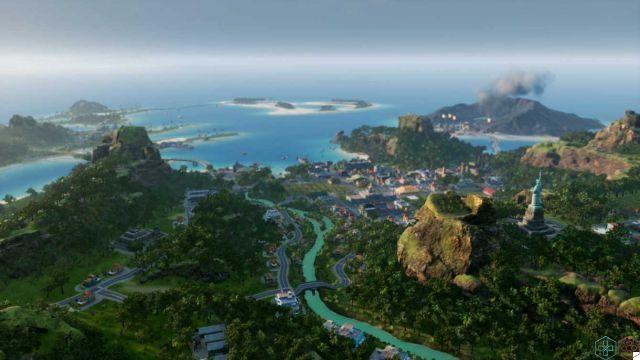 The console version of Tropico 6 turned out to be a excellent adaptation, capable of bringing the title into our living rooms without major compromises. On a graphic level, the title is slightly lower (at least on the standard PS4 where the test took place), with a few less details on the island. The main menus were handled excellently and are easily accessible despite the controller. The submenus of missions and structures, on the other hand, are less comfortable to navigate and often, upon completing a request, there is the risk of accepting the first reward without reading the others, while perhaps you were trying to select a structure or a citizen. Another demerit goes to the construction of the roads, which is very cumbersome and imprecise to perform with the controller. 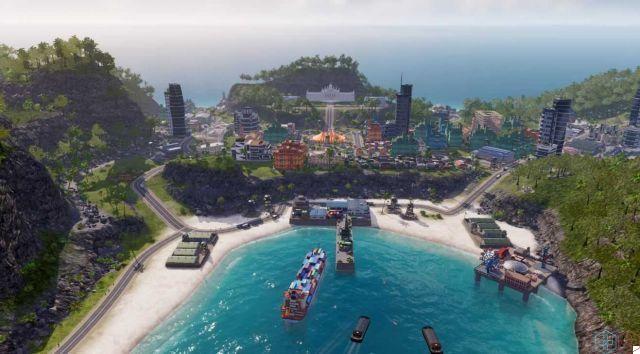 Tropico 6 is a must for all lovers of the management genre, and the console version does not detract from its value. Of course it's no mystery that titles in this genre are easier to play on PC, but this port has managed to transport the title to PS4 and Xbox One in the best possible way. If you don't have a PC capable of running this game but would still like to try it out, you won't lose any of the original experience with this console version.

Tropico 6 is developed by Limbic Entertainment, published by Kalypso Media ed was released on consoles on September 27, 2019. If you found this review useful and want to stay updated on all the news regarding this title and much more, keep following us here on techigames.