Fireart Games takes us into the wonderful world of Puff and Cubus in their latest point and click detail. Let's find out TOHU together in our review

A world of flying planet-weights, which blends technology and nature with a decidedly interesting design. Today we want to talk to you about TOHU, the latest point and click adventure from Fireart Games, former authors of Spirit Roots. Good graphics, interesting puzzles and a very peculiar design. Let's discover Tohu together in ours review!

Yes, you read that correctly. Flying planet fish. TOHU is set in a very particular world, and this is the context in which the adventures of Puff and Cubus. One night, out of nowhere, a strange figure descends from the sky to destroy the Sacred Engine. The Sacred Motor is an ingenious machine that protects the world of TOHU's flying planet fish from external dangers. Our task will be to guide, as already mentioned, the two protagonists of the game: little Puff and her friend Cubus, who will find themselves engaged in repair the contraption, with the help of Uncle Rottame. 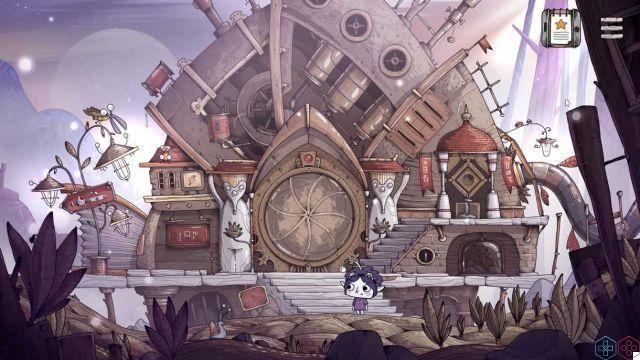 Let's start by saying that TOHU, basically, is a point and click. During the adventure it is possible, as already mentioned, to control both Puff and Cubus, to solve the puzzles that the game puts in front of us based on their skills. Puff is skinnier, so she's able to juggle in small spaces, climb and more. Cubus instead is less mobile, but on the other hand much stronger than the child, so it will come in handy when you have to move the heavier objects. By alternating the skills of the characters it will be possible to progress in the game up to repair the Sacred Engine and bring peace to the world of TOHU.


As a whole the game is about in advancing among the planets collecting items and solving small mini-games. The minigames are challenging at the right point, but in case of difficulty each game area offers help that can be activated from the menu. This feature is clearly aimed at gamers smaller, which therefore even in case of difficulty will be able to progress in the adventure without too many problems. 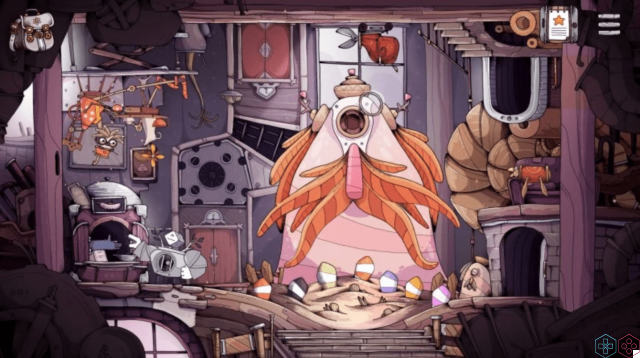 While TOHU's gameplay may be enjoyable, the real highlight of the game is the artistic sector. On the design side, Fireart Games did a really good job. The game is drawn as if it were one great fairy tale for children full of strange characters, colorful and really well managed. The game world is an interesting mix of technology and nature, enriched and embellished with numerous details.

The levels are full of objects and populated by numerous creatures, as well as a large number of puzzles to solve. The thing that struck us most are the character animations, numerous and really well done, and the care of every single interaction with the game world. Even the music that characterize the various levels fit, and make the experience a pleasant package. 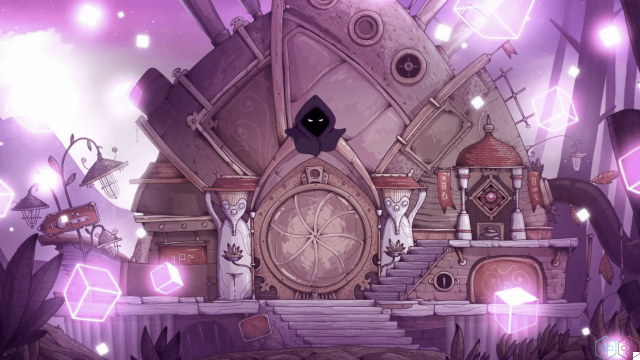 On the technical side, we find some problems that afflict TOHU in a rather influential way. As detailed and interesting as the game world is, the responsiveness of the elements with which Puff and Cubus can interact, not the best. Often dragging objects, moving them or activating switches becomes really difficult, with the cursor struggling to be precise. In addition to this, in some places the characters (probably due to a bug) got stuck, making it impossible to progress in the adventure. While it is always possible to save and restart the game, this makes for the experience irregular and fragmented, as well as exploiting.


We also encountered some minor graphical problems. In TOHU it is possible to zoom in with the game camera in order to interact more precisely with some elements, but in some situations the screen yes dark completely. To solve this other bug, we had to resort (on the PC version we tested) to the shortcut Alt + Tab to change the window, then return to the game. This second bug contributes to the above, and makes for an adventure a little too compromised. 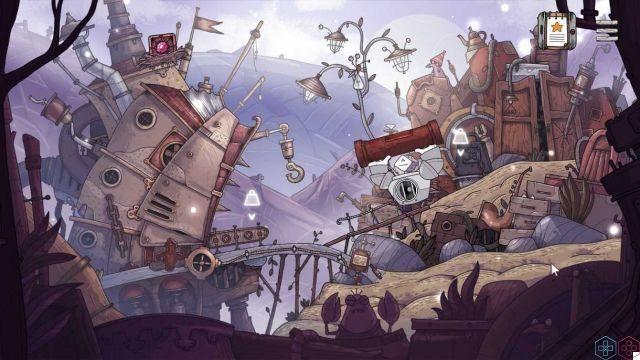 TOHU is a point and click adventure “chill” mainly addressed to children or for those who are not very familiar with this type of games. If its strong point is certainly the design and the artistic sector in general, the same cannot be said of the technical side. While TOHU presents itself as a wonderful fairy tale, its instability makes it unnecessarily frustrating, despite its short duration (the game hardly lasts 6 hours). We have no details on the stability of the Nintendo Switch version, but we are confident that the team will soon do their best in updates and bugfixes to do justice to a title that looks good, but (unfortunately) betrays its promises.

We hope to have entertained you with ours TOHU review. As always we wish you a good session and we give you an appointment on techigames for further reviews, guides, news and much more from the world of video games. Hello!

6.5 Nice to look at, difficult to play

add a comment of TOHU review: a strange fairy tale