The Nioh Collection review: back to yokai hunting

The soulslike of Koei Tecmo and Team Ninja returns to make us quarter hordes of yokai, also on PS5, thanks to The Nioh Collection, which we propose in our review

When the original Demon's Souls arrived on the market, way back in 2009, no one expected the genre reinvented from Hidetaka Miyazaki and associates would have made a massacre of hearts (as well as calendars), to the point of becoming one of the most flourishing in recent years. The dark Boletaria, in fact, it was only the triggering principle of a myriad of imitators, more or less successful, with very few chosen ones who even managed to get close to the original product.

Among these, however, there is a series that we believe was able, in some respects, to overcome some of the intrinsic limitations of its master, managing to perfectly balance the sadistic bastardiness of From Software, the staid rhythms of a soulslike that respect and the frenetic action of the white weapon fighting.

From father to son

The first was the son of a very troubled development Nioh waited a bit too long (we are talking about 13 years from the announcement), but once it hit the market it immediately showed off the perfect way in which Team Ninja she had managed to incorporate, and rework, the lesson of Miyazaki-san. And the physiological follow-up did nothing but confirm everything, demonstrating how the newborn brand was able to walk with strength on its own legs, having now acquired and crystallized its own, peculiar identity. A mix of factors that returns today to make us damn even on PS5, thanks to The Nioh Collection, which reports on the next gen Sony this pairing of brutal adventures, in remastered version including all released DLCs.

Between aesthetics and speed - The Nioh Collection Review

Talking in detail about the two games in question, since it is a simple remastering operation as already mentioned, would be very useless and verbose, so if you want to deepen your knowledge of mechanics and gameplay of the couple in question, I think it is more correct to refer to ours exhaustive analysis (you can find them here and here). Just to give a little smattering to those approaching for the first time The Nioh Collection, perhaps driven by this review, I can only say that the two adventures in question move along the tracks of the soulslike genre, however, combining everything with a combat system definitely more action and dynamic than what is seen in similar productions, marrying the historical philosophy of Team Ninja, the studio responsible for development.

What derives from it is a certainly more frenetic series, set in two distinct moments of Japanese history, in which by means of lethal sidearms we will face orde di umani e yokai (the demons of Japanese folklore), with gigantic and lethal bosses to welcome us at the end of each mission. 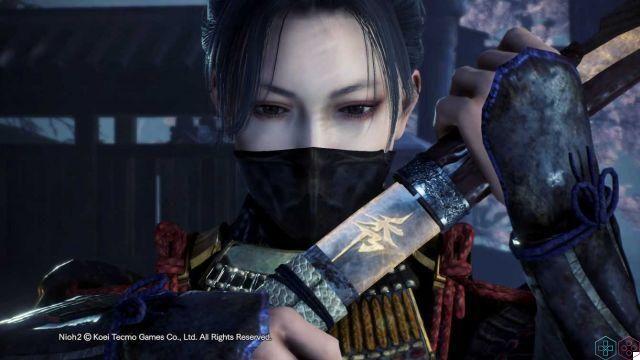 If it is true that on a purely structural and content level The Nioh Collection does not present any difference compared to the original installations, the fact that everything is now called upon to exploit the potential of PlayStation 5 it did not spare the software from benefiting from some small additional tweaks. The most impactful is certainly the one that affects the resolution and the general fluidity of the experience, which by tracing the options seen originally, allows both titles to benefit from 3 distinct graphic settings.


The first allows a resolution capable of reaching 4K, with a fluidity target that aims at 60 frames per second (not always very stable, but it is really small details); the second renders everything a 1080p, slightly sacrificing the graphic detail, but keeping the frame rate indicated above more firm; the last option, provided you have a suitable screen, double the number of frames, lowering the aesthetic impact more markedly.

The latter is certainly a very stylish option, able to enhance the combat system of the productions even more, but having to choose, given the general stability, our advice is to play everything in 4K, which while not reaching visual peaks certainly in line with what (we hope) will soon be current gen standards, it is still pleasant. Do not expect, however, who knows what miracles, given that everything is devoid of any additional effects such as ray tracing, and stands at the levels of the Movie mode seen on PS4, however, supported by an excellent frame rate.

Beyond the performance benefits guaranteed by the new hardware, The Nioh Collection has not given up on marrying her too features exclusive to DualSense, albeit in an altogether marginal way: the haptic feedback certainly returns a greater physicality to the clashes, as well as underlining some particular contextual actions, such as when caressing the Scampuss (the small maneki-neko hidden in the game maps). Certainly pleasant, but nothing out of the ordinary. The ai support is more incisive adaptive triggers of the new pad Sony, capable of highlighting in an excellent way the use of ranged weapons, simulating the tension of the string of a bow, or the resistance of the trigger of guns and guns.


The implementation of the3D audio, but also in this case it is a definitely marginal feature, and that we reserve the right to test on titles designed from scratch for the Tempest Engine. A further addition compared to past installations, sees the introduction of the photo mode in the first Nioh (in the second it was already present), which will surely make all virtual photographers happy. 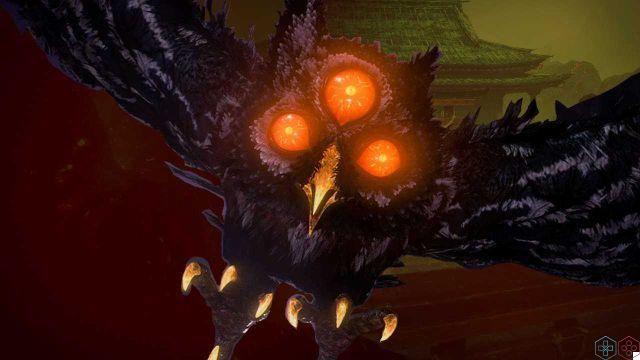 If you have already played both signed games Team Ninja, at this point in the review of The Nioh Collection You are surely wondering if it will be possible to import your saves into this final edition: the answer, fortunately, is yes, even if we did not appreciate the way in which this mechanic was handled. The titles, in fact, do not directly read what is stored on the console or in the cloud space intended for save, but require that these be loaded manually via the PS4 version of Nioh e Nioh 2, a situation that leads to having to download these releases as well if you want to continue playing where we left off.

And considering that we are talking about 50 gigabytes per game, we find it all decidedly incomprehensible. Just as it left us dumbfounded the way in which Koei Tecmo has decided to manage the upgrade to versions PS5 of the pair of securities, which if you decide not to buy The Nioh Collection will be free for Nioh 2, but not for the original chapter. Quite a strange situation in our opinion, and which in some ways also clashes with the selling price of this collection, actually not exactly cheap, considering also that we are talking about quite marginal updates. 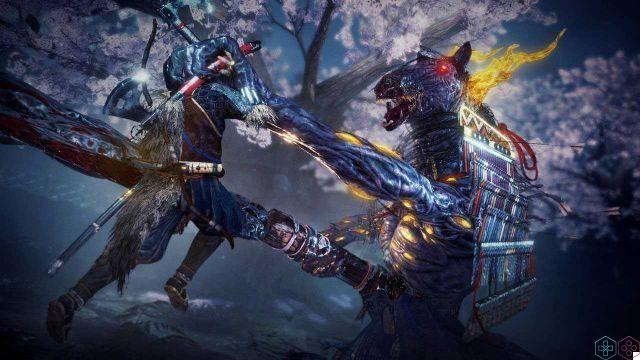 At this point in the review of The Nioh Collection, it is more than legitimate to ask who this comprehensive collection of soulslike is mainly addressed to Team Ninja. If you have already explored both adventures in all its forms (including DLC), our advice is to wait perhaps for a price adjustment, limiting yourself to updating for free Nioh 2 and see if the small innovations introduced are enough to make you open your wallet.

If this is your first meeting with the yokai born from the Japanese team, however, the purchase can only be definitely recommended, given that even in the absence of blatantly next gen elements, what you will find in your hands will be a a combination of long-lasting and exciting adventures, capable of entertaining for 200 and more hours all those who are not afraid to incinerate calendars to the sound of imprecations, as long as they are aware of the fact that we are in the presence of two far too essential remasters.

Let us know what you think and stay tuned to techigames for more news and updates from the gaming world and beyond.

The Outer Worlds review for Nintendo Switch, the universe in your pocket ❯

add a comment of The Nioh Collection review: back to yokai hunting