Suicide Guy Review: those who (not) die see themselves again

The puzzle-platform game, Chubby Pixel Company's Suicide Guy, has finally landed on consoles. Will you be able to perish in a series of levels that will only put a spoke in the wheel? Did I say perish? Yep, that's right! If you are confused follow us in this review!

After the moderate success of Woodle Tree The Adventures e Woodle Tree 2: Worlds a few years ago, the Milanese developers of Chubby Pixel Company decided to throw themselves into the creation of a new platform, but proposing something new. Suicide Guy is a 'rebellious' title that overturns all the rules of the common platformer and any genre of video game: in all games we are required to save someone or something, such as a princess or a kingdom, facing different enemies and deadly vicissitudes. All this in Suicide Guy it doesn't happen: the aim is to kill one's avatar by overcoming subspecies obstacles that will prevent us from committing suicide. 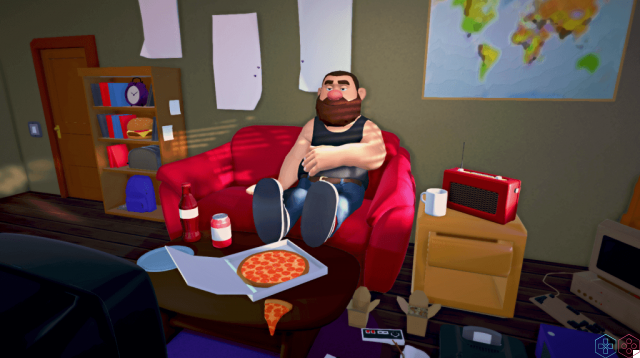 We will play the role of a middle-aged man lounging in front of his TV in his very messy living room. With a belly full of donuts, pizza and above all beer, our protagonist dozes off just when his own nectar is about to fall on the floor. In the end there is something to save and our task is to commit suicide in the dream, in all 24 levels in the game, and save your drink.

Following the first of a long series of suicides, we will find ourselves catapulted into an unusual fast food restaurant, and this is where the real game will begin. For each table in the club it will be possible to catapult into a new level that will gradually increase, like any self-respecting platformer / puzzle, in difficulty. The levels, apart from a few exceptions, are well studied and well structured: some are inspired by cult films (such as Jurassic Park) or to video games that made history (Tomb Rider, Portal e Super Mario).

Who said a middle-aged man isn't also a great athlete?

The Suicide Guy gameplay is quite simple, in addition to the various platform stages, there are also numerous puzzles to solve. It must be said, however, that we have not had great difficulties in solving most of these puzzles that fail to give us great emotions. This lack of difficulty in the puzzle phases can be justified by the facilities that the developers wanted to give to less experienced gamers. Therefore it will not take much to overcome the various puzzles that will hinder us. On the other hand, the platform phases manage to give us greater challenge, surprising in fact how a middle-aged man can move like an athlete. We are always in a dream after all! 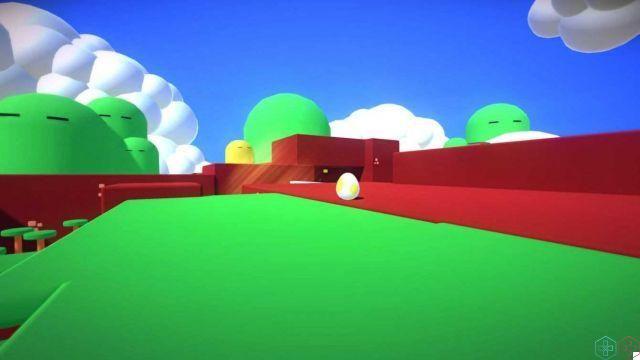 Technical sector and mistakes not to be repeated!

Although some models are less refined than the others, all in all we appreciate the cartoon graphic style that the developers wanted to use for this Suicide Guy. The sound sector is fantastic with original and well-chosen music for each level. The idea of ​​deactivating the music using the radio button that will follow us for each level is brilliant, without opening the game menu and deactivating the music each time.

Like any videogame work there is no shortage of defects and in this Suicide Guy there are enough of them. Despite the amazing athletic abilities of our fat protagonist, in the various platform phases, it will not be difficult to get stuck by some graphic glitch.


Summing up the Suicide Guy review

Suicide Guy is a nice and fun title that changes the rules of video games! Committing suicide 24 times for the sole purpose of waking up to save your beer is a brilliant idea. We believe the boys of Chubby Pixel they did a great job this time too. The title was tested on PlayStation 4 and luckily we didn't have any issues with regards to the framerate. You can find the review of the PC version at this address.

add a comment of Suicide Guy Review: those who (not) die see themselves again