Let's see if Super Dodgeball Beats convinced us or not, with the complete review of the new rhythm game by FinalBoss Games

Super Dodgeball Beats it's a rhythm game, or "rhythmic video game" for those who do not chew English, developed by FinalBoss Games and published by PlayStack. It is currently available on all major platforms: PC, Nintendo Switch, PS4 and Xbox One. It is an independent title, which however hides a not indifferent quality not only in the typical characteristics of the genre, but in many sectors that are often left aside by the most famous competitors.

I want to start by saying that I am not a huge fan of this genre of games, since I have never been passionate about it Beat Mania, nor to the simplest Guitar Hero. On the contrary, I have tasted this kind of mechanics in many other major titles, which envisaged them as alternatives to the usual routine or, to put it in other words, a way to make the progress of the game itself less boring. With that you know that this review is written by a person who does not devour the genre and that, therefore, could be "different" from the usual ones. 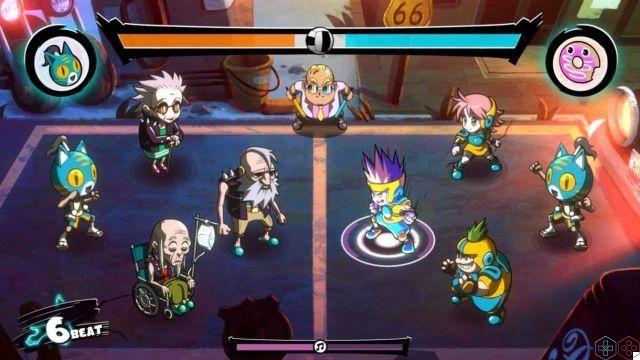 All to the beat of music | Super Dodgeball Beats Review

In Super Dodgeball Beats you don't have to physically play dodgeball and it is not, in fact, a sports game. As in all titles of this genre, in fact, you will have to press keys to the rhythm of the music, but how can this tie in with dodgeball? The answer comes from the tutorial, luckily well done and concise. It shows the four players of our dodgeball team arranged in a rhombus shape on the field, in the exact positions of the buttons: triangle, circle, cross and square (PlayStation) or Y, B, A and X (Xbox).


From now on we tell you that, although it is possible to use the keyboard, it is highly discouraged, so if you have a controller, use it! Super Dodgeball Beats splits into two modes, a single player, where you can face leagues of increasing difficulty, and a multiplayer, in which you can see it face to face with a friend locally. The championship is divided into a single group stage, in which you will have to accumulate points to finish at the top of the standings in order to access the knockout phase.

The FinalBoss Games video game it has no important history. There are these kids who, bored during school, decide to become the best dodgeball team, taking on weird and eccentric types to reach the top of the championships. Everything is told through comic interludes, which fit perfectly with the style of the game. 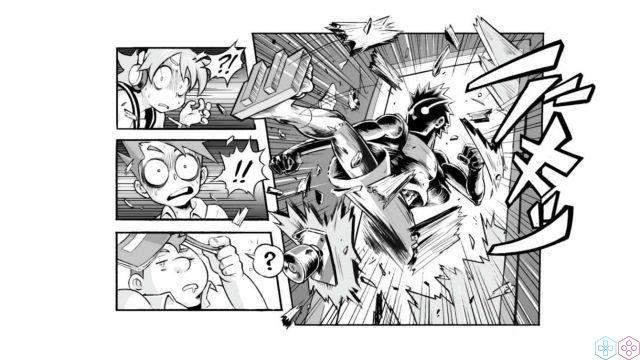 Each game will be defined by a music, in the time of which you will have to press the four buttons mentioned above. To know when to do it, just observe a circle tightening around one of your players, to which position a specific key will correspond. At the beginning we admit that it is a somewhat abstruse way, which could send you into confusion but, after three or four games, we too have no longer encountered difficulties from this point of view.

there three different types of "beats"! That single, which consists of simply pressing the key at the right time, that one lungo, which consists in keeping the relative button as indicated by a bar, and it sliding the lever. In the latter you will have to start moving the controller stick when a circle leaves one of your players to end up on another. The more accurate you are, the better your scores and, with them, you can win the game.

In fact, as indicated by a bar at the top of the screen, it will be necessary to score a better score than that of the opponent who, right at the same time with you, will try to do the same. To spice up the fight there is also a means of annoyance. To give some examples: the petrification forces the opponent to make a perfect beat, la giant head partially obscures the view, and the donut does not show incoming beats. Both you and your opponent can use it every time you fill a specific bar. The choice in game of the various powers will be random during the game among those available. To encourage the appearance of certain powers, you can choose a specific mascot from three available.

As with many video games today, Super Dodgeball Beats also requires you to unlock many of these items and upgrades as you play, which will make the first few games a little more difficult than later ones. The AI ​​is, fortunately, especially at the beginning, rather forgiving and its scores are within the reach of even those not accustomed to the genre. 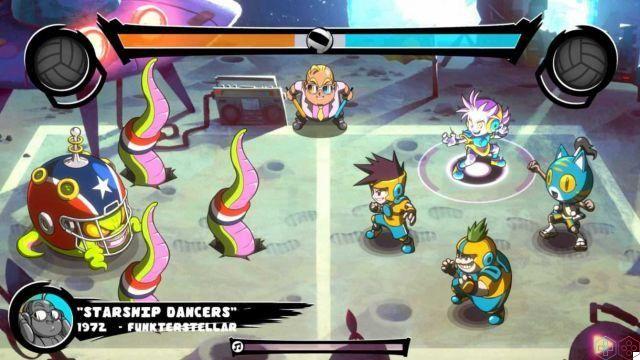 But what cartoon would that be? | Super Dodgeball Beats Review

What immediately catches the eye in this video game are the drawings and le animations, extremely well done. We absolutely did not expect such a level of detail in this game. It feels like you're dealing with a Japanese cartoon for kids every now and then, rather than a video game. During matches the focus is all on timing and music, which is almost a shame given the visual beauty. The characters are charged with energy, get desperate when they miss a shot and "throw" the ball to the opponent.

Intermission scenes, at the end or at the beginning of the game, are very in Japanese style, complete with a final explosion for the defeated team. All this, we admit that gives the product a rather original style, which perhaps does not fully reflect on the Steam page in which it is sold. L'interface, despite the myriad of animations and effects, it turns out clean and easy to read. I really appreciate the fact that there is great visual precision when playing a beat, which we haven't always seen in other titles.

Speaking instead of the sound compartment and therefore also of the music it contains, we cannot but affirm that we are on excellent levels. If that hadn't been the case, Super Dodgeball Beats wouldn't have been a noteworthy rhythm game either. The sounds and accompanying music are more than good, while the songs used for the actual game are perfect. We found it difficult to keep up with the pace at first, perhaps because the game wanted to simplify things as we were just starting out, but as we progressed the results improved enormously. 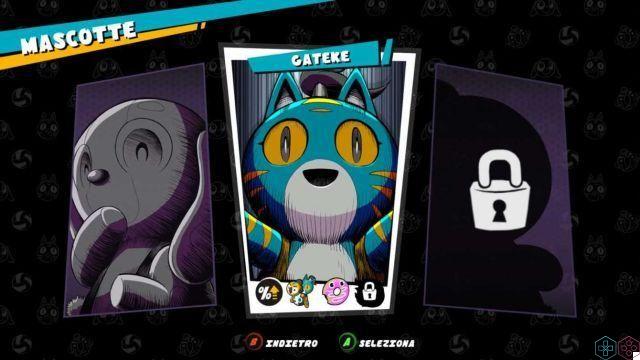 Super Dodgeball Beats genuinely amazed us. We didn't know how to approach a title of this genre without having the right knowledge of the cornerstones of the genre. However, thanks to its extraordinary graphics component, its extremely intuitive and simple mechanics and engaging music, we were more than positive about the game experience. The cost, almost negligible, is perhaps such only for the not excellent longevity, given the absence of an online multiplayer mode. Fortunately there is one locally at least. The fatigue of FinalBoss Games also guarantees also the right level of challenge, without overdoing it and just doing a few things, all in all, but good.

8 Economical, but of quality

Super Mario Party review: a return with all the trimmings ❯

add a comment of Super Dodgeball Beats Review: Can You Dodge Wrenches?