Sakuna Review: Of Rice and Ruin, between plantations and blows

Sakuna: Of Rice and Ruin is proposed as an action platform, but also as a rice plantation simulator, let's see if it convinced us or not in our review!

Since its announcement, Sakuna: Of Rice and Ruin managed to get our attention. It must have been the fault of the artistic sector, of the action phases shown or ... come on, let's be serious. The title has always been proposed as a platformer in which the intent was to annihilate hordes of enemies, but also to manage their own rice plantations! Clear that, with these premises, it could not go unnoticed under our extravagant eyes.

Once Marvelous USA allowed us to play the preview, we could not help but immerse ourselves in the world as the Goddess Sakuna. Let's see if Sakuna: Of Rice and Ruin managed to surprise us or not, in the full review!

Sakuna: Of Rice and Ruin has a very particular plot. The protagonist, Sakuna, is a Goddess who because of its status, he completely forgot (or never knew) what humility and virtues are. His plans of relaxation and nothingness, however, are undone by a small human family. In fact, the group, once they enter the realm of the Gods, ends up framing Sakuna. This leads Lady Kamuhitsuki (absolute goddess of the realm) to expel Sakuna, sending her with her family to a realm rich in Demons.

Here, the group will soon find themselves living in an old country house, with a now defeated rice plantation. Lady Sakuna's task will not only be to free Hinoe Island from demons, but also to procure food, putting the rice plantation back on its feet..

Between plantations and blows - Sakuna Review: Of Rice and Ruin

The gameplay of Sakuna: Of Rice and Ruin, therefore, is divided into two spheres. While one part is purely action, with fighting and a 2D view, the other is more management / simulation, with the view becoming 3D and the rice plantation from cultivating.

The title features a map, with several points to unlock one after the other. These points are essentially areas to be cleared of enemies, with particular objectives to be accomplished. The fighting style is pleasant and fluid. Through the two weapons possessed by Sakuna we will be able to carry out both light and heavy attacks, as well as various combos. In addition, there are the "vesti magiche”Of the protagonist who, in addition to helping us to reach otherwise unreachable places (like a Spider-Man's web), is useful for performing other types of attacks, intensifying combos.

In the various areas there will be not only enemies, but also materials and treasures to find. Among the latter there are, for example, the masks that the protagonist will be able to wear which they will give special bonuses. Furthermore, as you progress with the zones, you will gradually unlock different types of different attacks, which can be selected for a maximum of 8 total attacks, in order to create the best customized setups.

The various maps can be traveled as many times as we want, in order to fully explore them or farm materials. In addition, enemies will be much stronger once the sun rises, increasing the challenge level and making different objectives more difficult. If, for example, you manage to beat a boss smoothly during the day, at night the same boss could conclude you via only 3 shots!

Hard Work Pays Off - Sakuna Review: Of Rice and Ruin

In addition to action sphere, we talked about the simulation that has no less importance, rather. Starting as real newbies in the field of agriculture, we will have to cultivate the different rice plants, keeping the water level always under control, adding fertilizer to the soil and so on. Once the seeds have been planted, in fact, the various seedlings will grow day by day and will need all the care you can give them.


When the plantations are ripe, we will first have to harvest them with a sickle and then spread them out in the sun to dry them, but that's not all! In fact, we will move on to the treatment to ensure that they become rice grains. Depending on how you have cured the crops, then, Lady Sakuna's stats will increase.

While it's a really cool mechanic, already from the second cycle it starts to get a little tedious. It is true, as well as here, upgrades will be unlocked that will essentially help us to perform all the tasks more quickly, but it is not enough to avoid the repetitiveness some jobs. We may also be able to hire family members to do the work for us, however they will not do everything in the best way.

The food that we will find around the various maps, in addition to the rice we grow, will be used to prepare dinners for all members of the family, giving bonuses for the following day based on what Sakuna will eat. If the protagonist has an empty stomach and we find ourselves in combat, in fact, the life bar will not regenerate, forcing us to withdraw. 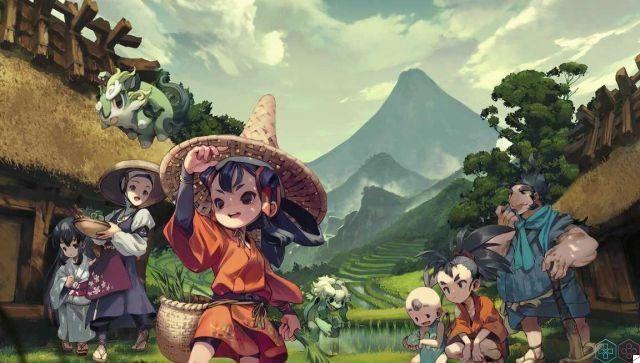 Let's assume that our tests took place on Nintendo Switch. The Sakuna's artistic sector: Of Rice and Ruin is not too bad, however it is not something never seen either. The models of the characters and the enemies are well done, but the maps do not enjoy a maniacal care. This is certainly due to a choice that led the developers to prefer this option, managing to keep the game fluid and smooth.


Yes, because in the action phases, where reactivity is required, the title responds very well. A little less, however, in the scenes of everyday life, where we will be able to wander around the small mansion with the adjoining rice field, in which there are many more details and effects.

A big lack is certainly the Spanish localization. The title, in fact, does not have Spanish subtitles, making it difficult for those who do not chew the English language well to understand.

Speaking of the uploads, they are really fast, which surprised us. Moreover, our Nintendo Switch, despite the sessions not exactly short, has always maintained very low temperatures, so from that point of view everything is ok! 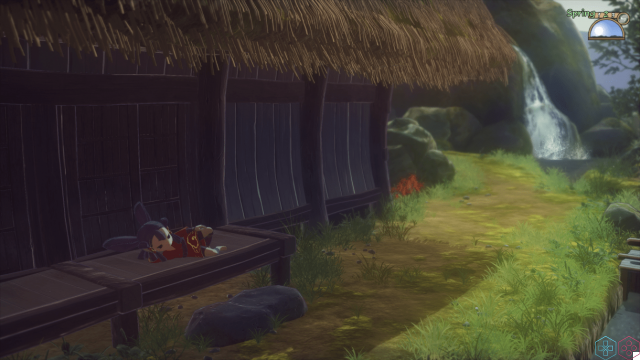 Sakuna: Of Rice and Ruin is a peculiar title. The dualism between the tasks to be performed is certainly an interesting mechanic which, however, it could have been handled better. Although it could make you spend hours in pleasant company, the game tends to end up being repetitive, thanks to a mild story telling and the continuous repetition of the same actions.

Stay tuned to the techigames pages for more news and reviews from the gaming world and beyond.

Review Say No! More, the importance of saying NO! ❯

add a comment of Sakuna Review: Of Rice and Ruin, between plantations and blows