Review Say No! More, the importance of saying NO!

Are you stuck in a job you don't like? Do you have to submit to the absurd demands of your superiors every day? Well, Say No! More teaches you the importance of knowing how to say no, and this is our review

Who hasn't ever had to obey crazy requests or feel indebted to someone? Often we are forced to say yes, but the importance of "no" should not be underestimated. Knowing how to answer with a resounding NO is often fundamental, as well as liberating. To teach this precious lesson we think the guys of Studio Fizbin with their latest title. Let's find out together Say No! More in our review!

NO! is the answer

Say No! More is characterized by a decidedly simple but functional "plot" for the purpose of the game, that is to have fun with little. As an intern on the first day of work, we find ourselves stuck in a hostile and extremely restrictive context, in which saying "no" is absolutely forbidden. Suddenly, however, our protagonist comes into possession of a strange walkman, inside which there is a cassette. This cassette, a true deus ex machina of the game, contains the teachings of a weird "coach" on a precious life lesson: knowing how to say NO! From here, we are ready to delve into the heart of Say No! Blackberries. 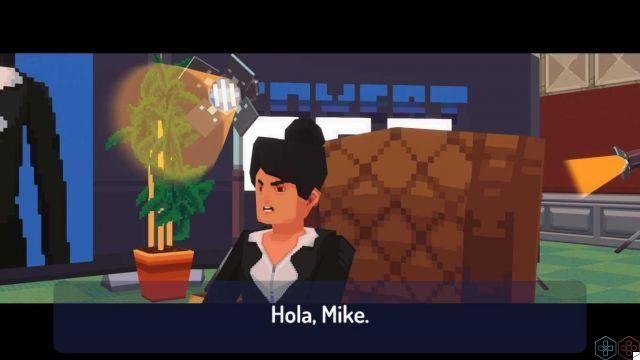 Low poly is not synonymous with low quality - Say No! More, the importance of saying NO!

The first thing we are faced with starting Say No! More, it is one customization screen of the character in low poly graphics, an artistic choice that characterizes the game. The editor is actually very simple but functional, and allows you to create your own character in a few simple steps. Despite its simplicity the editor offers a good catalog including bodytype, hair, faces, accessories and clothing to customize your character. Beyond that, we find a really nice and fun feature: the choice of language. In Say No! More, in fact, it is possible to choose between 17 different languages with which to refuse the demands of our insufferable superiors.


Once the character has been built, we just have to start the adventure in the workplace. As well as the editor the game is also characterized from a very nice low poly graphics, as well as appropriate to the context of the game. We then find ourselves in a typical office of the 90s that vaguely recalls the Dunder Mufflin of The Office, surrounded by our next "victims" to be reaped to the sound of NO. 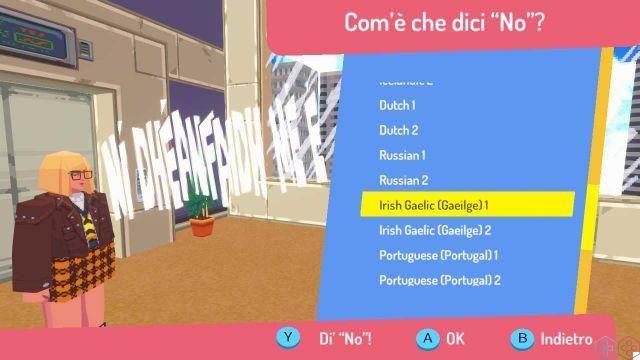 Little But Good - Review Say No! More, the importance of saying NO!

On the gameplay of Say No! More actually there isn't much to say. Indeed, we are faced with a game so simple and essential that you don't actually have a gameplay to analyze. The game is a sort of fully automatic "shooter" on rails, where the only mechanic at the user's discretion is to "shoot" sound NO! against office employees. Consequently, Say No! More is fully playable with a single button, that of the “NO!”. In addition to this, we have the possibility to choose the tone of our refusal between more decisive or other colder responses. It is also possible to accompany the response with mocking gestures, such as applause or sarcastic laughter. Absolutely worthy of note in this case the audio sector, both for soundtrack and for sound design: the characters are characterized by a excellent dubbing (English), as well as the inflections of the various "NO!" of the catalog.

Although the characters react accordingly to the teasing, these options have no real use in the game and are reduced to complementing the meager gameplay. Also in the game you can never lose, with two direct consequences. The first is the shrinking of Say No! More ad a kind of parody interactive rather than videogame. The second is the degree of challenge practically non-existent of the game, which despite some dull QTE entertains and amuses for little and for reasons not inherent to the actual gameplay. 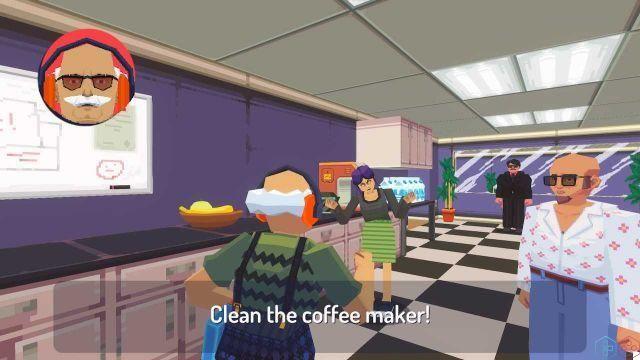 Unexpressed potential, but maybe that's okay - Say No! More, the importance of saying NO!

Due to the problems listed above, Say No! Blackberries lasts in total about three hours. We are not sure if this is an advantage or a defect of the game, due to its light-hearted nature. Probably, despite such a short duration brings with it so many defects, a longer-lived game would be boring, also given its excessive repetitiveness. In full easy indie philosophy, therefore, by concentrating one's efforts in a single long game run, it is possible to “finish” the title without effort, and then leave it to gather dust in the (virtual) Steam library.

The quote on "complete" derives from the fact that there is no real endgame for this title, making it even more abstract and complicated to judge. In addition to replaying the chapters that make up the game with a new character, or by choosing another language, there is not much else to do. 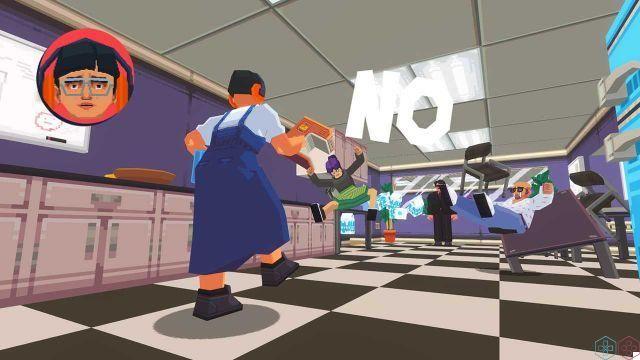 Say No! More has a nice story full of simaptic cutscenes, also dictated by an excellent starting idea and comedy elements really on the piece. These elements make the "narrative" fun and well organized, in its simplicity. Thanks also to the short duration of the game, boredom is not contemplated and your NO! they will make you feel an extremely satisfying liberating sense, as well as covertly teaching a great life lesson. Despite this, Say No! Blackberries stain of some small flaws. The gameplay is really too simple, reducing the game to a sort of interactive sitcom but nothing more. In addition to this, replayability is practically non-existent and after the scarce three hours required for completion, the game remains in the library to take mold (also virtual).

Despite this, Say No! More turns out to be a cute, funny and unpretentious title that bases its strengths on storytelling and humor. If you are looking for something challenging then the game is probably not for you, but if you are looking for an outlet to your daily routine then it might be the right choice. Say No! More is available from 9 April for Nintendo Switch, Microsoft Windows, macOS at the paltry price of € 14,99.

We hope to have entertained you with this review from Say No! More and as always we invite you to stay connected on techigames for further reviews, guides and much more from the world of video games. Also, don't forget to check out the Instant Gaming catalog for always discounted games. Hello!

7 Worthy of a chance

add a comment of Review Say No! More, the importance of saying NO!