Here is the review Yooka-Laylee and the impossible Lair a platformer that goes back to go forward. Will known mechanics combined with flashes of genius be enough? Let's find out in this review!

Spin-off of the homonymous title, this chapter plays the role of a videogame of the past to entertain with established but always current mechanics. Leaving aside an open word world Yooka-Laylee and the impossible Lair turns into a hybrid full of surprises for lovers of the genre platform . The title of Playtonic Studios is able to surprise thanks to the mixture of mechanics already seen while maintaining a strong personality and very welcome surprises. 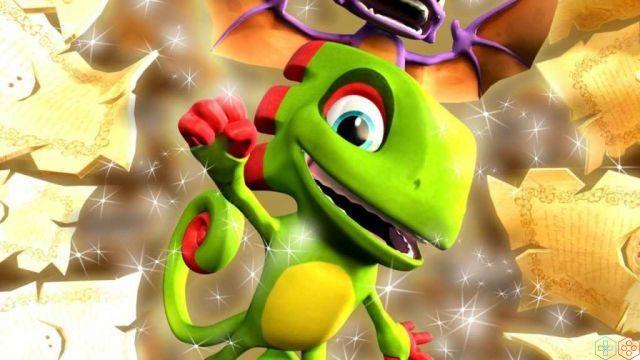 The story that sees Yooka and Laylee it is certainly not the reason that will prompt players to choose this title. It remains necessary to say a few words on the reasons that push these two heroes in pure "cartoon style" to jump and fight. The treacherous Capital B after having recovered himself, he returns to the office with a new diabolical plan to master the world inhabited by our chameleon. To carry out his evil plan, the villain has captured and enslaved the bees of the kingdom. It will be up to us to save the little insects and restore peace once again.

Is the story useful or not in this video game?

An obvious plot and an end in itself? No doubt! But as in (almost) every video game of the genre, even in Yooka-Laylee and the impossible Lair the story serves as an "excuse" to jump and spin on the most disparate enemies. The first flash of genius is still there at the beginning of the game where defeat is almost mandatory. The title immediately makes things clear, although based on established mechanics and a predictable and linear plot, it wants to offer a unique and disparate experience.


The charisma of the characters unfortunately is equal to zero, the same goes for the enemies who do not create that sense of empathy or annoyance typical of the great enemies of the genre. Despite the absent plot, the "big villains" of the past such as Sonic's Dr. Eggman or Neo Cortex, while not shining for wit or charisma, managed to convey something more. As mentioned, however, this title is not chosen for the story so let's find out what the gameplay reserves for us. 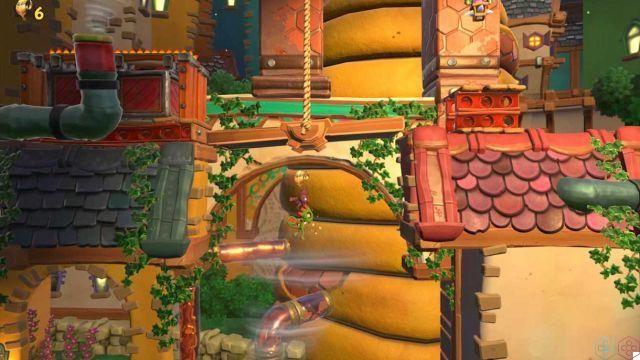 Review Yooka-Laylee and the impossible Lair: 2.5D of pure fun

If the story of Yooka-Laylee and the impossible Lair, as it was logical to expect, does not shine with twists or political intrigues, it cannot be said for the game design choices. The personality of the title can be discovered in less than a minute. The first fight with Capital B has an obvious but surprising ending. Instead of running away before being defeated and returning with some mystical power, the villain of the game will make us capitulate without too much effort. In true Bloodborne style, the game begins with a fight (almost) impossible to finish victorious. Prepare the younger ones for a searing defeat. For Yooka and Laylee the adventure begins with a loud beating.

The journey, immediately after the defeat, continues in a kind of hub that will make us run around the various levels necessary to deepen the game mechanics, master the various techniques and learn to dodge the blows of our enemies. If you get hit, your trusty bat friend will take care of the damage for you. Once hit it will run away and it will be up to your reflexes to catch it again. If you fail, the next damage will be game over.


The whole game is a great gym

For all and 20 levels available you will believe to advance but in reality you are only preparing for the great final battle. The various levels that you will face will be a great gym where you can learn to master all the techniques in your possession. It will start with the classic jump over the enemies combined with a somersault and another jump this time with a crash to the ground. Once you have mastered this series of attacks you can mix them as you like to attack your enemies or to reach otherwise unreachable ledges.

The map, which as mentioned serves as a hub, will be a happy discovery. Full of environmental puzzles, it will give you the opportunity to meet characters already known or not. It will also give you the possibility to modify the levels already played so as to give a second life to the game. As mentioned, the game leaves its footprint in three dimensions to try its hand at a hybrid that uses the 2.5 D in sliding levels. Mechanics and physics remember great titles of the past and present such as Donkey Kong while maintaining a soul of its own.

The real big challenge obviously starts with the final challenge, which will cause some small swearing but will also give some great satisfaction. In a nutshell, the hybrid chosen for this new chapter offers established gameplay but with some news that doesn't hurt. The enemies unfortunately do not vary that much but the extraordinary level design of the title combined with the colors and the always well thought out backdrops offer a nice mix of fun. 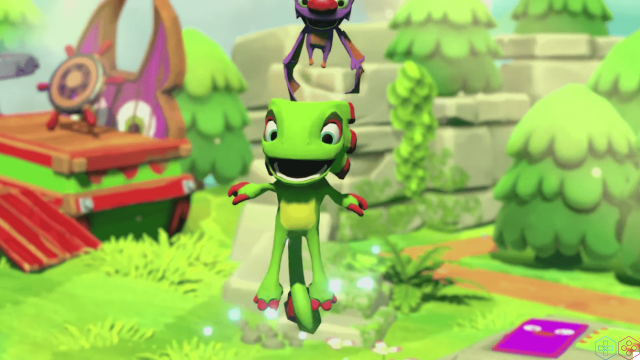 Who Should Buy Yooka-Laylee and the Impossible Lair?

Our test took place on the Nintendo Switch but we are sure that the game runs fine on any platform. Yooka-Laylee and the impossible Lair is a great platformer that will please longtime gamers but also newcomers to the genre. The work done by the development team allows both adults and young budding gamers to enjoy the title.

The level of difficulty is increasing, continuous but never annoying. If you love the genre you cannot miss this title which, moreover, can be bought at a budget price. One more reason not to miss it!

add a comment of Review Yooka-Laylee and the impossible Lair: impossibile resistere?