Finally we are here with Zeus' Battlegrounds the divine battle royal! A breath of fresh air in the battle royale panorama thanks to the setting in ancient Greece, or rather something similar let's find out in this review!

After a period of stagnation in the genre, many intriguing news are appearing! One of these is represented by Zeus’ Battlegrounds which will lead us to a new subgenre. The title is still in Early access, we have also participated in the beta, and after several hours of play we are ready for the review. We anticipate that Zeus' Battlegrounds has all the right cards to become a great success!

Zeus' Battlegrounds the divine battle royal! - Setting of the past | Review

The first thing that strikes you about this game is its particular setting. We are in ancient Greece, or rather on an island that is temporally linked to ancient Greece. The basic idea is well described already in the name of the title, we are together with 100 other champions, catapulted on a large island and we should survive to become a demi-god thanks to the power of Zeus.

In between, however, there is really a lot to do. We leave unarmed and without any kind of equipment: it's just us and our clothes, nothing more. We will be literally catapulted onto the map (falling like asteroids), starting from a causal point that varies from time to time. We should look in the map for everything you need, paying attention to the safe area that narrows due to the intervention of Zeus (who enjoys observing everything). 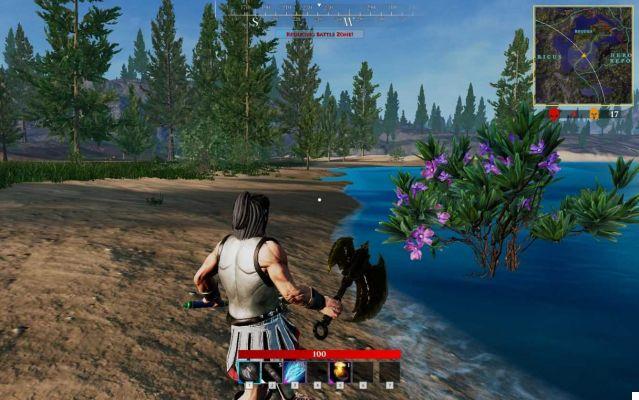 We are in the days of ancient Greece so no guns, no grenade launchers. Only weapons of the time but not only! It amazes the attention to detail and the ability to dive that the game offers. You feel really immersed in the game world, nothing disturbs the experience and there are no forcing in the direction of inconsistencies with the time of the game.


Furthermore, another very interesting factor is given by an exceptional care for the way of living the experience. It will in fact be possible to choose whether to impersonate our character in the first person or in the third person. Furthermore it is possible to customize our character to make it totally ours. The only flaw in all this (referring to the moment in which we write the review and that is to Season 0) is the inability to change the character after creating it the first time. We hope for an update that will mitigate this lack. But let's get to the heart of the gaming experience! 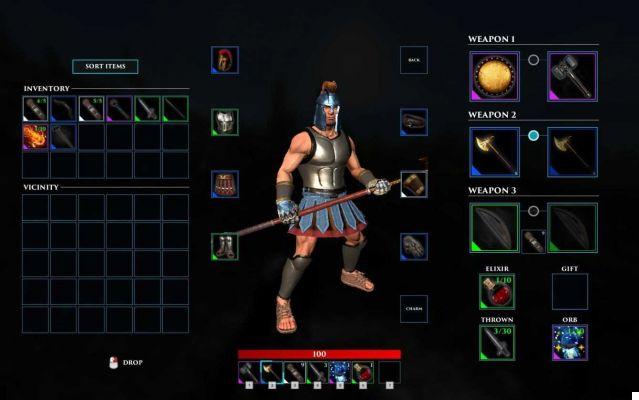 Well, as you may have guessed, this is a mostly melee title. In fact, at the time of the Greeks there were no ranged weapons except bows and crossbows. These are quite slow, as in fact it is canonical that it is, consequently they can be useful to start engaging in the fight but it is easy to think of a strategy that provides for an exclusive use. In fact, the game pushes us to use more types of weapons. The best? No, there are no strong weapons or weak weapons, there are different weapons suitable for different ways of fighting.

There are two-handed weapons, and single-handed weapons and even shields. Single-handed weapons can be combined, in a form of dual wielding, or combined with shields. But the game is not limited to this: in the time of the Greeks the legends tell of fantastic powers in the hands of men. So we, aspiring semi-divinities, will also have access to these powers. There are different types of powers, all of which refer to a particular element and therefore a different style of play. They are divided into consumable spells (of which you have a limited amount) and timed spells (which have unlimited use but need a recharge time).


But it does not end there, the Greeks were polytheists, and although Zeus was "the father of the gods" there were several deities each associated with a cult and therefore a temple. So it will be possible to find some different spells / special powers depending on the temples. These are stronger than the others, but at the same time require a longer recharge time. Another interesting feature: the armor. These can be found by exploring. At the moment there are quite a few sets available. Only by purchasing the season pass it is possible to find some personalized ones that are very well cared for, but still few. We are confident that in this respect there will be developments also because there are several "coming soon" in the game menus. 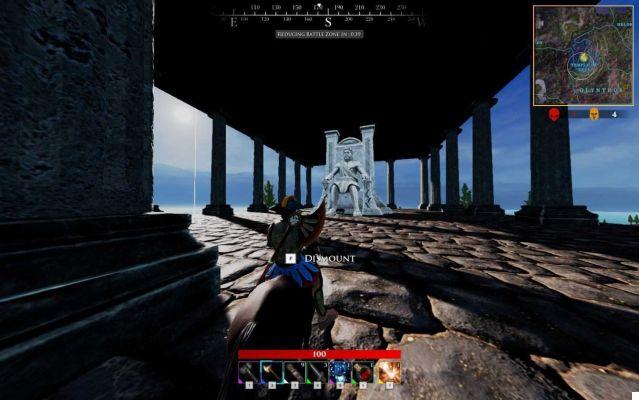 The map of this title deserves a paragraph of its own. In fact, we have an arena that is far too large and full of really different places. The idea is perhaps a bit similar to that of other titles (first of all Fortnite), but it is well contextualized because each area is somehow linked to Greek mythology. Furthermore, there are no real limits.

Our character will be able to both swim and climb almost vertical walls… and also do the double jump (actually useful also in combat). Moving around such a large map is actually complex, at least at the beginning of the game since we won't be moving around just on foot. The mounts are present in a totally coherent way! That is our dear horses and also the two-seater wagons. This system is a double-edged sword, on the one hand it makes it difficult to find other players on the other hand it pushes a lot to explore the map. 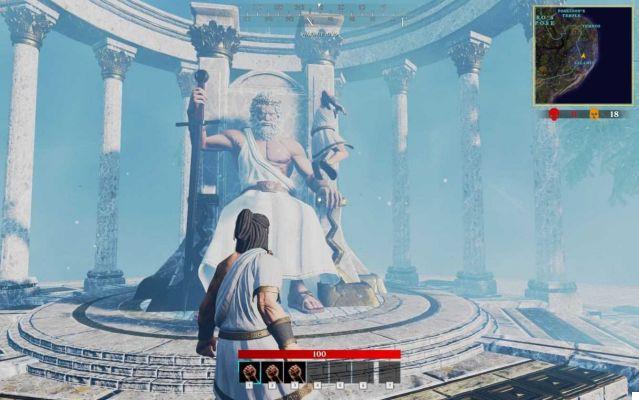 The only flaw in our opinion is the temporary lack of care. Finding one is not easy and sometimes this puts us in a position to try to avoid clashes if possible: not very nice in a battle royale. Apart from these small shortcomings, which can be easily fixed (together with some bugs that in an early access now, and in the private beta before), it is absolutely forgivable. Another aspect that we point out is the momentary difficulty in finding a match in the team. This is probably due to the fact that we tried the title in a development phase closed to the public first and then in the first days of the first season: that is, when there are still very few people present. 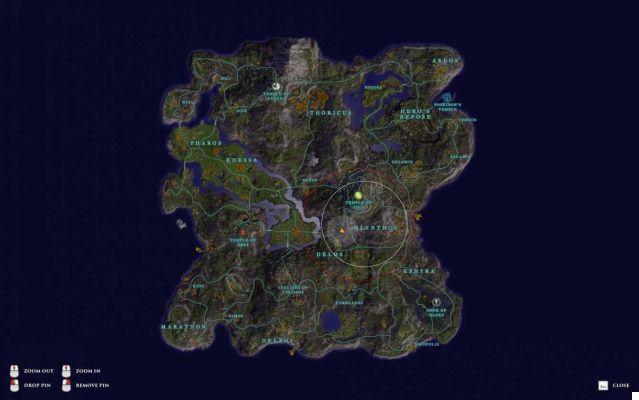 Zeus' Battlegrounds the divine battle royal! - So much potential! | Review

What can we say, in the queue, if not that we are satisfied with the gaming experience that this title has managed to offer us? Beautiful setting, very accurate graphics, interesting (and consistent with the game world) the combat system. Some flaws of youth (but it is an early access), but nothing really annoying. Globally we feel like promoting this game if only for bringing something new to the world of battle royale and the world of melee games in a light and fun way (as any good game should). Promoted then, with excellent marks. We recommend it without hesitation, after all it is also free to play, because it is a valid title, innovative in its own way, but above all Zeus' Battlegrounds is unique and with a strong character. We hope to hear about Zeus' Battlegrounds often and wish it to become a mass phenomenon!