Yet another chapter of the most famous wrestling video game series in the world, will it have convinced us or are we facing a good and good disappointment? Find out in our WWE 2K20 review

Like every year, for most sports titles, there comes a time when you go and try a brand to which over time we have become fond and accustomed to. However, the news and improvements are hardly visible and noticeable, especially if only one year passes. It happens for brands like NBA, FIFA and why not, even WWE. The risk, however, that many of these games run is not so much that of remaining almost unchanged compared to the previous year, but they run the risk of getting worse. Let's find out all the details in this WWE 2K20 review.

Let's not hide behind a finger, WWE is a brand with which all of us, at least once in our life, have had to deal, whether it was video games or television broadcasts it does not matter. Despite the famous don't try this at home, all of us have tried to perform the moves of our favorites at the expense of our friends, brothers, cousins ​​and so on and so forth. Also with regard to the videogame world, this brand has known some truly iconic titles and chapters, especially as regards the old generation consoles.

Over the years, however, these titles have started to smell a little old and the various additions that have been made have made the games more interesting quantitatively, but little has been done to support the quality of the gameplay. Will that be the case with this WWE 2K20?

Let's start by talking about the roster at our disposal. The superstars you can play with once you start the game will be many, but not all. This means that some wrestlers will be unlockable or even purchasable through a classic service linked to the coins that we will earn by playing the various modes. We will have at our disposal many characters of the new generation of fighters but also (and I would add fortunately) many historical superstars. Let's talk about names of the likes of Triple H, Randy Orton, Kane, John Cena and many others. 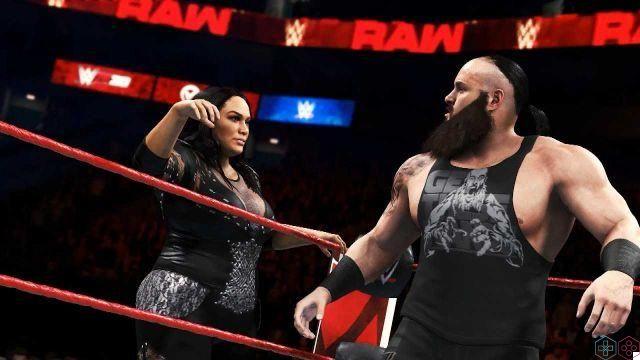 The roster, of course, is decidedly varied and varied. Superstars have some different characteristics which then will have a fairly significant impact on the gameplay. We have well five types of superstars at our disposal, exactly as if it were the classes in an RPG. Each of these “classi” has very specific technical and physical characteristics that will allow our wrestler to implement his own fighting style. Here are the 5 types of wrestlers at our disposal: 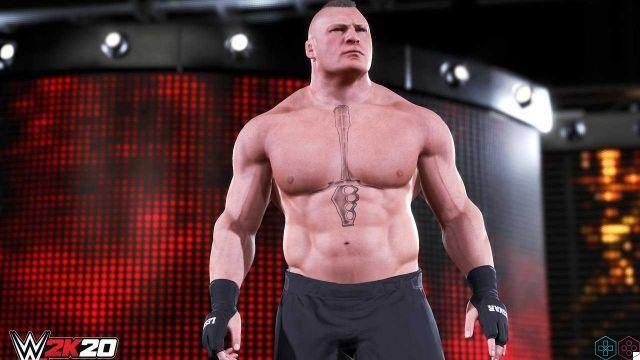 The modes available to us in WWE 2K20 will be really many. In addition to the classics exhibition match, which among other things we can customize as we want and like, we will have other possibilities for play and fun. Starting from Universe mode in which we will take on the role of the General Manager and we will be able to decide matches, rivalries and much more. Next we have Road To Glory, which would be a real online league in which we will be able to play the role of a superstar created by us. With the latter not only will we be able to play online but it will also be possible to start one Offline careerThe most interesting part will be in the possibility of developing ours skill tree going to channel towards a specific type of wrestler.

Finally we have the Dice Towers, useful for obtaining points and rewards. They are divided into Torri Gauntlet, to be completed in a single game session, Towers daily, Stepped Towers and PPV Towers, the latter can only be accessed by passing certain qualifications and participating in them will be very useful for obtaining better rewards. 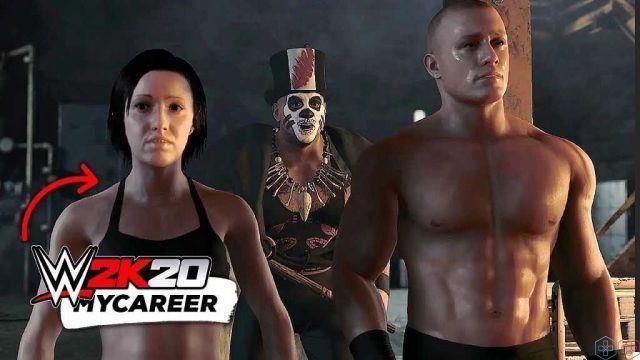 Let's get to the sore points of this WWE 2K20 review. So far we have shown you all the possibilities and opportunities for fun that this title offers but, are they really fun? Unfortunately in a wrestling game the least fun part will be the wrestling, the wrestling. Fighting in this game is no fun. Many actions that we will see in the ring will be scripted, which does not allow an effective success of the various counterattacks we will attempt. Not to mention the absolutely woody animations and poorly detailed graphics that smell of old.

The fights will not be satisfying at all and boredom will soon loom over our experience. The main problem is that the amount of possibilities offered by the game are not supported by a gameplay at the height which in itself, in a title like that, shouldn't even be too complex to create, considering the obvious (and not questionable) repetitiveness offered by the type of game. 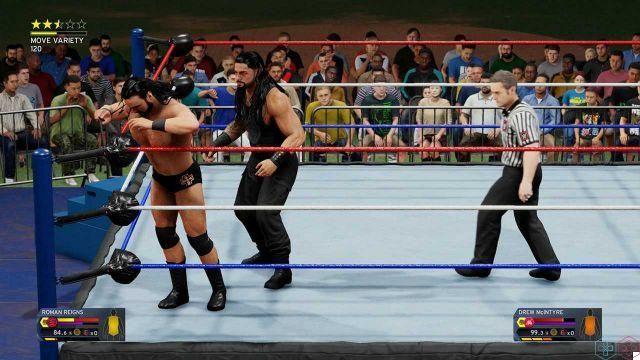 Here we are at the final stages of this one WWE 2K20 review, a title that offers a lot but doesn't offer it well. Are we talking about a recommended game? Nì, surely a collector or a lover of the saga will definitely buy it or will have already done so and will try to go beyond the obvious shortcomings and defects. If, however, it is a long time since you bought a title of this "saga" and you thought of recovering from this, well, then you can certainly do without it.

Let us know what you think of this title. Stay tuned to techigames for further updates and news from the gaming world and beyond.

add a comment of Review WWE 2K20: don’t try this at home!