Review Yakuza 6: The Song of Life, l’ultimo saluto a Kiryu

After the recent Yakuza Zero and Yakuza Kiwami, it's the turn of the highly anticipated Yakuza 6: The Song of Life. Let's go back to grappling with the Japanese underworld, accompanying Kiryu one last time

Well known in the land of the Rising Sun, the Yakuza series has carved out a very important place in the hearts of Westerners in recent years: it is not surprising that on the forums and on social networks there are many players who remember that yes, okay, the latest God of War has recently been released, but Yakuza 6 practically nobody calculated it. A real shame, especially considering that Yakuza 6: The Song of Life closes a fundamental narrative arc for the franchise, and at the same time tries to direct the production towards completely new levels on the graphic-technical front, promising a future capable of making sparks. .

We really spent several hours in the company of Kazuma Kiryu, of which Yakuza 6 stages the last farewell, and we are ready to tell you what we think. However, allow us a little sigh of relief on a software house / publisher that has made a lot of talk about itself in recent years. SEGA may not be what it used to be, and we can also agree up to a certain point, but Yakuza 6 it shows that its eastern division still has a lot to say, and that it intends to do it with its times, with its ways, and with its way of thinking, conceding very little to the market demands of modern times.

The Dragon of Dojima - Review Yakuza 6: The Song of Life

Kazuma Kiryu e la serie Yakuza they are closely linked, in a vortex of events that sometimes slows down and sometimes speeds up, always ready to focus attention on things and people even before the narrative engine. We had years to get to know Kiryu ed identify with his character, and it hurts the heart to know that Yakuza 6 definitively marks the exit from the scene (at most we can hope for some sporadic future appearance, but no longer in the role of protagonist).


It is also not too easy to find your way around with the latest publications of the franchise: where the player should start from before approaching Yakuza 6: The Song of Life? If you are not a fan of the series, it is probably wise to dust off at least Yakuza 5, and to greatly complicate the narrative situation have intervened recently Yakuza Zero e Yakuza Kiwami. Wishing they would also be fine to understand the events of the last chapter ... but having played the entire series is certainly an important starting point to enjoy all the quotes and actions in the game world. 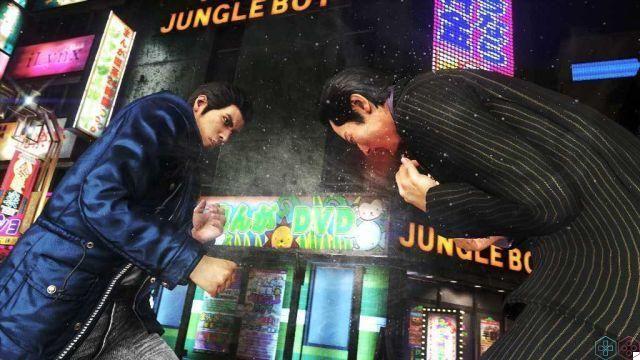 We do not want to anticipate too many details on the plot nor deprive you of the pleasure of discovery, but some information is still necessary. Yakuza 6 is set in the red light district of Tokyo Kabukicho, but only indigenous patrons will recognize it because it has been duly rebuilt and renamed to Kamurocho; the other key area where the adventures of the protagonist and supporting actors will be based is the historic town of Onomichi, near the city of Hiroshima. In the sixth official chapter of the franchise, Kiryu finds himself once again fighting against the factions of the Tojo Clan and protecting Haruka, who has been reduced to death due to a strange accident that happened to Onomichi.

The girl, whom we have already known six previous chapters, has abounded her idol life and ... he also had a son named Haruto, which Kiryu will have to take care of. Chinese mafia and South Korean jingweon mafia permitting, of course. There is no shortage of twists, violence and climaxes of incredible effectiveness, alternated however with moments of stasis and introspection that did not always seem adequately balanced.

The Revolution Begins - Review Yakuza 6: The Song of Life

Yakuza 6 returns to the limelight not only with a captivating narrative full of twists, but by proposing us again his fights based on Japanese ways, criminals from the underworld and spectacular karate hits. Speaking of spectacularity, we are certainly grappling with a chapter that marks a fixed point in the technical sector of the series: thanks to the new Dragon Engine (particularly apt name) we have reached a level of quality higher than that of Yakuza Kiwami e Yakuza Zero; loading times disappear when entering and exiting buildings, so battles can move from one place to another without affecting the credibility and pace in any way. The possibility of finally being able to do so is also certainly appreciable look inside the buildings even when we are in the street, thanks to the windows of the premises. 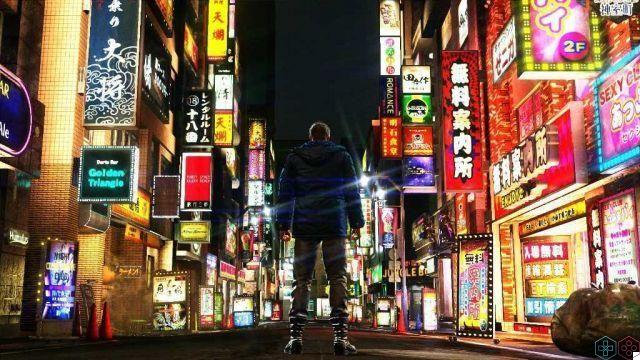 The care of the graphic and technical sector has not undermined the recognition of an artistic style that is now immediately identifiable, but has indeed contributed to enriching its details. Let's take the bare-knuckle fights for example: Not only has Kiryu never looked so good to see performing acrobatic karate moves, but his moveset has been completely revised. What is there is extremely pleasant, however the list of combos available has been reduced and to unlock the most lethal shots we will not only have to memorize certain commands, but also accumulate experience points.

In any case, and we will never be able to emphasize it enough, everything there is has been created with great attention to detail and masterful quality: famous minigames, accessible in certain rooms or directly from the main game menu. You want to relax with a couple of games a Puyo Puyo e Virtual Fighter? You will not have to buy them from the PlayStation 4 store: Yakuza 6 already has them inside, even if in a reduced version. A little touch of class. Everything that was already there has been duly improved, just take a look at the possibilities offered by fishing to understand what we mean: the title turns into a great Fishing Simulator.

Kiryu's latest adventure is also the most beautiful of all, at least from an aesthetic point of view. Although subjective, even the game plot manages to convince, thanks to the directorial direction and the narrative rhythms, proposing a series of events that are never banal or too obvious. Overall speaking, perhaps there are fewer possibilities than in the previous chapters, but what is there has been significantly enhanced from a qualitative point of view. Probably the next chapters of the series, which inevitably will have to take a cue from Yakuza 6, will return to offer tons of content while maintaining a quality that already convinces almost completely.

add a comment of Review Yakuza 6: The Song of Life, l’ultimo saluto a Kiryu