Review Visage: the survival horror that many missed

Horror video games, especially survival horror, have always been a sensitive issue for developers. In fact, it is not easy to create a title that knows how to envelop the player in its aura of mystery and fear. Will the SadSquare Studio developers have succeeded in the enterprise with Visage? Let's find out in our review

Horror video games come out often and willingly many during the year, but how many actually manage to isolate the player to the point of find yourself directly in the role of the protagonist and live on his skin what the little man we commanded should feel? Indeed, there are very few of these titles despite their large size. It must have been the same for Face care or will the developers be able to give that touch that was missing, making it a survival horror like few others? Let's start with the review and find out together.

Visage: let's see the gameplay of this survival horror | Review

Although the game is still in Early Access, the gameplay turns out to be very varied and not at all trivial. We will begin our journey in a house in which a brutal brutality has taken place which we will be able to witness in the prologue video. The game is consisting of 4 chapters, but at the moment only the former is available to play. For the other 3 we will have to wait for the full version.

The difficulty of this game, as also reported by the authors themselves, is one unconventional difficulty. In fact, our main problem will not be unconventional enemies or threats to which it is not possible to give a scientific explanation. Our main obstacles will be understand what to do and look for items that help us progress in the game.

As already mentioned, the house itself, although familiar at first glance, is a dark place full of horrors. It will be like a huge living being that will try to drive us crazy in order to subjugate us. The silence that hovers in it is something overwhelming like a steam hood in a Turkish bath; we know it is there, we can feel it and see it, but it will end up suffocating us despite the fact that every now and then there are "fresh showers" that will make us regain some breath.

This silence is interrupted by strange screams that echo in one corridor or another and very often paranormal phenomena they will make our hair stand on end giving us goosebumps. The whole generates a well-matched mix of tension and fear which in some cases will make us scream as we try to figure out if a room can be harmless or not. The house, as we can immediately see, is very large and we will often find ourselves going through various points over and over again to try to progress in the game.

At our disposal we will have various objects:

As mentioned above, our path and consequently the goal will not be clear to us. In Visage we will not have missions such as "search for this object" or "find this particular room". Everything will be obscure to us and we will have to try to move in the best way without incurring waste that would see us run out of those few resources we have available and that will allow us to stay alive. We can interact with many objects looking for something that makes us unlock other areas of the house and thus progress in the story.


Visage: let's analyze the mechanics of this survival horror | Review

Although our goal will sometimes not be very clear, at the beginning of the game and in some circumstances, for example when we find an object for the first time, we will be given advice on how it works. As we have already anticipated before, we will find ourselves in one house "alive" in which we will find, in addition to the various objects already listed, some that will make us witness gods paranormal activities, such as some drawing.

These particular phenomena ranging from the simple closing of a door behind us, to the turning off of a light to end up with real ones more or less dangerous manifestations, they will seriously undermine ours sanity which will also be disturbed especially when we stay in the shadows. Who wouldn't be afraid of being in the dark in a haunted house? As proof of this, a red spot will appear in the lower corner of the screen and if not we will run for cover soon we will lose what little lucidity we have left. 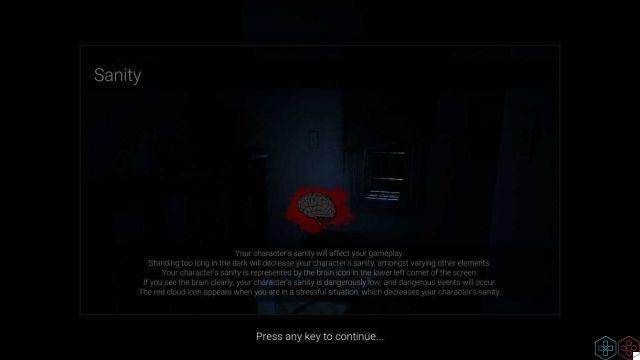 Our sanity in Visage will indeed be there our lifeline. The more insane we become, the more likely bad things are to happen to our character. After some time, however, we will be able to understand the algorithm of these paranormal phenomena that will make us immune (only us gamers, however, and not the character) from possible fright due to a light that makes a tantrum or a radio that turns on.


Visage: let's take a look at the technical sector of survival horror | Review

The atmosphere that is recorded throughout the game, both a graphic and acoustic level, it is very heavy and worthy of a horror. The atmospheric conditions outside the house and the often not too excessive lighting due to the lights make it all up very dark and macabre, without losing that only apparent sense of familiarity that one can have when moving around the house.

A note that makes you turn up your nose is that we will be completely invisible, whether we look directly through the camera operated by means of the mouse, or reflecting ourselves in some mirror. Although the absence of physicality is a not insignificant factor that must certainly be taken into consideration, the immersion given by the graphics and the ambient sound makes us completely forget about this problem. 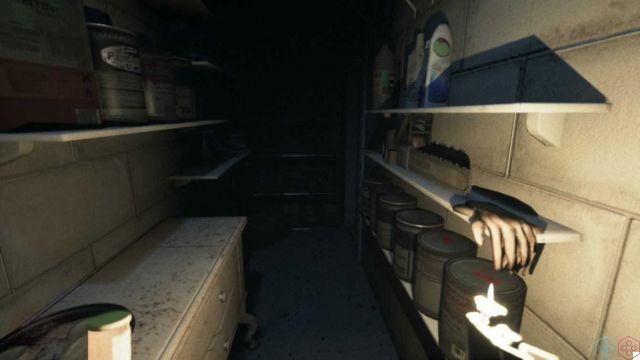 The sound, as already mentioned, manages to create a perfect mix between moments full of dark and tense silences and moments in which ambient sounds are clearly audible such as doors slamming or bulbs that overload or even some rather distressing and painful cries.

The commands are not many nor will it be difficult to memorize them. We will only be able to make a few main moves that will still allow us to get to the bottom without any problem. The only negative comes from the fact that we can only use one hand. In fact, if we wanted to have two objects in our hands and use the one that is in the left hand, we should first of all change hands and then operate the one that will now be passed into the right hand.

We are nearing the end of this review. After testing this title of SadSquare Studio and after what was said above, we can conclude by saying that Visage definitely is a good survival horror. Very welcome is the fact that there are no specific missions and that everything is left in the hands of the player who has to explore the house and understand what to do in order to continue. 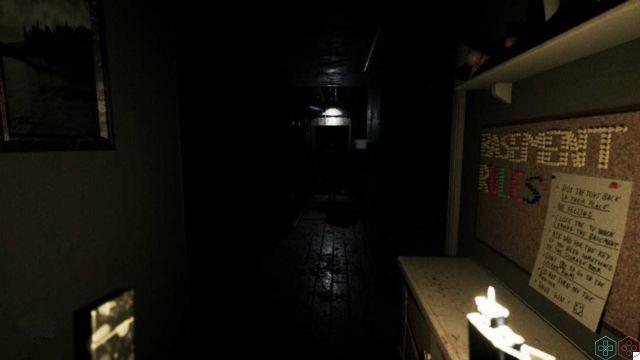 On the contrary, however, the search for keys and objects useful for our mission can sometimes seem long and unnerving. This complicates what the situation is, risking to make us do many empty laps and end up that little reserve of objects that we had already found previously.

The environment can be eerie and full of tension with every step we take, even if some repeated effects such as turning on a radio or a light that goes out as we pass every time we pass by that point they lose this effect in the long run. Especially popular is the fact that a lot is about our character's sanity. The lower it goes, the more likely something is to happen unexpected by giving the game that extra pinch of pepper that never hurts.

For all these reasons I would like to give such a high rating to this survival horror that is Visage in this review. And will you be ready to embark on this venture by finding the keys you need to complete the journey? Will you be able to stay sane or will you go crazy in no time? To not miss further news regarding the horror world and the world of video games, continue to follow the pages of techigames!

add a comment of Review Visage: the survival horror that many missed