Review Tales Of Vesperia Definitive Edition: the return of a myth?

Now available for all current generation platforms, Tales Of Vesperia Definitive Edition does not boast big news! But, even if few, the differences are substantial. Will the changes be enough to bring back a much appreciated title? Let's find out in this review! 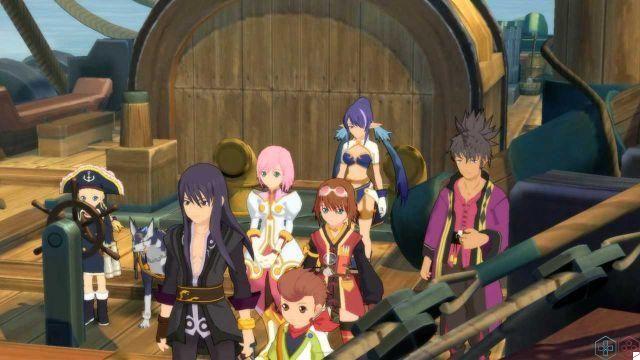 The story of Tales Of Vesperia it does not change (almost) at all in this definitive edition. Our virtual alter ego is a former soldier who is always ready to help the inhabitants of his city. A bold young man, charismatic and with the ability to attract trouble to himself like a magnet.

That's how the adventure in the world of Tales begins. While trying to make a repair inside his native village, Yuri (this is the name of the young man) somehow finds himself traveling with a girl. Later it will be discovered that she is none other than the princess of the empire.

Along the way, a third figure will be added who will increase the already very high level of charisma of the group. Without wanting to tell a lot about the plot, a fundamental element of Bandai Namco production, it is enough for you to know that the charisma of the main characters and the facets of their characters are a valid reason to adore this video game.

The story is full of mystery, and twists essential to sustain the almost 70/80 hours of gameplay required to complete the main quest.

With the addition a completely new character enriches everything without upsetting the balance of the title. Fundamental addition is the localization of subtitles completely in Spanish language. 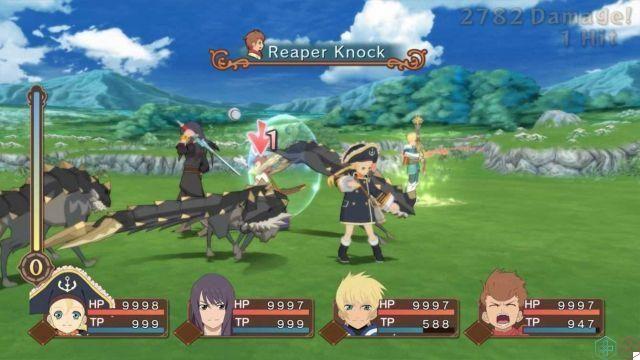 Purists of the genre will appreciate the combat system present within the game. The fights allow a party of up to four players where it is possible to "switch" from one character to another at any time. The flank is shown during the fights that while maintaining all the positives of a solid JRPJ, it sins due to a not exactly brilliant artificial intelligence.

The battles can be started in a completely random way, as the tradition of the genre dictates, or on one's own initiative. While traveling on foot, you will see a restricted world map that will take on natural features once a fight has begun; or after logging into an area.

The fights will take place in real time. You can choose whether to attack with the techniques provided to the chosen character or using the "arts". Last but not least is the possibility of exploiting a "shot fatal". This technique is capable of knocking out an enemy and can be used after chaining a series of attacks.

A fundamental part of the gameplay is the ability to take advantage of the various techniques related to weapons. These techniques combined with the correct timing of the parade, the right mix of objects and armor will allow you to face any challenge.

Reducing everything to a single sentence: Tales Of Vesperia retains a solid and varied gameplay that sins only because of the dated Artificial Intelligence! 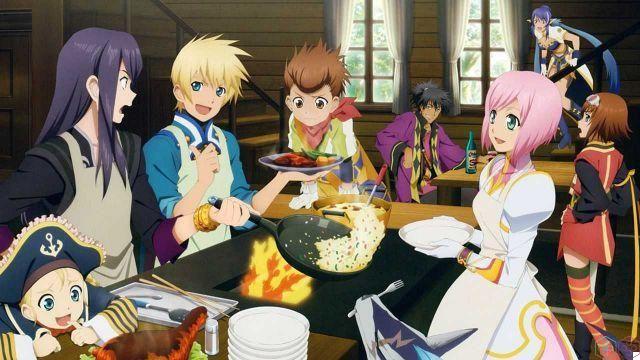 Tales Of Vesperia Definitive Edition: beauty does not age

The technical department of Tales Of Vesperia nothing to envy to modern productions! The charm of pastel colors and the wonderful backdrops of this videogame are a perfect setting for a story capable of captivating from the first hours of play.

The texture cleaning work is most noticeable on the main characters. The rigorous respect that is brought to the original work is an added value and not a negative side. In some details you can notice some imperfections that give a "dated aftertaste". Overall, as in a work by a great painter, the signs of time also increase the quality of the title.

An almost obligatory choice was to block the Full HD resolution also in the PC version (the one we tested). The frame rate is more than good despite the minimum requirements we are not anything transcendental. 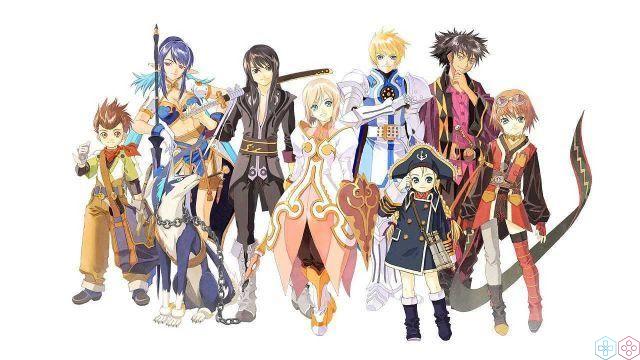 Tales Of Vesperia Definitive Edition: the verdict of the review

In conclusion, the videogame published by Namco Bandai confirms an adventure recommended for all lovers of the genre. Despite no big news, this version could also interest old lovers of the brand.

The possibility of being able to play on the desired platform is an added value. The Nintendo console, for example, finally has a worthy companion in adventure to support Xenoblade Chronicles 2.

Taste Of Power Review: an RTS that doesn't convince ❯

add a comment of Review Tales Of Vesperia Definitive Edition: the return of a myth?