SpongeBob, Avatar and many more in one game. Let's find out what it's all about in this Nickelodeon Kart Racers 2: Grand Prix review

The genre of kart-based racing games has been thriving for many years now. Impossible not to mention the major exponents of the genre such as Mario Kart or Crash Team Racing, two great titles that manage to live on the border between the party game and the most competitive racing game. The boys of Bamtang Games, with the help in the publication of Maximum Games in Europe, they have set themselves the goal of bringing together all Nickelodeon characters in one go. Let's try to understand how Nickelodeon Kart Racers 2: Grand Prix stands in this review. 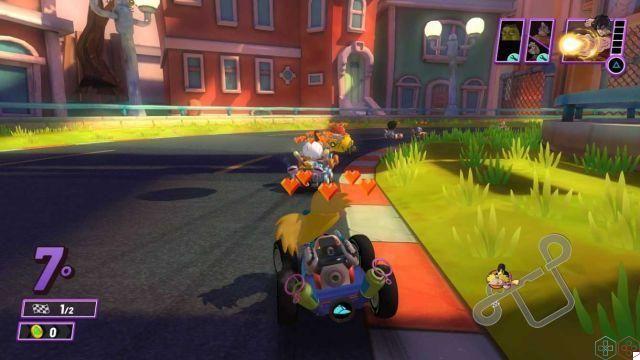 Many characters in the same cauldron

Let's try to contextualize the nature of this crossover. Nickelodeon is an American television station specializing in the production of TV series or cartoons aimed at an audience of children or adolescents. Their original productions can boast products of the caliber of SpongeBob SquarePants, The Legend of Korra or Teenage Mutant Ninja Turtles. In Nickelodeon Kart Racers 2: Grand Prix all these universes come together for give life to a kart game.

In short, a crossover with characters rather known by the public. Unfortunately, however, we do not waste time and set the record straight, the game fails to live up to the intellectual properties it can boast within. In this review we go to explore the reasons why Nickelodeon Kart Racers 2: Grand Prix does not convince from many points of view. 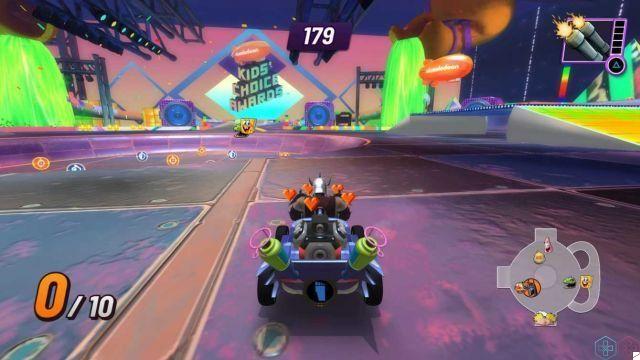 The playful offer of the game is simply unacceptable even taking into account the reduced introductory price of € 39,99. In Nickelodeon Kart Racers 2: Grand Prix there are several modes, playable both in single player and in local or online multiplayer. We have the Free Races, Grand Prix, Arena, Time Trials and Challenges. Excluding the latter, the other modalities have nothing that makes you feel a sense of progression.


The grand prizes are reduced to a playlist of tracks that allow you to earn spendable currency to unlock vehicle modifications. Arena mode is barely sketchy with two tracks and a selectable difficulty level. Challenges are the only thing worth mentioning, but which quickly turn out to be repetitive and can be completed within a few hours. Nickelodeon Kart Racers 2: Grand Prix sins precisely from its basic structure, which does not give any motivation to continue playing except to unlock all the characters.

Local multiplayer is always well received and particularly suitable in productions of this genre. Separate mention for online multiplayer; we were unable to try the online segment of the game as we were never able to find a match. We don't know if the problem is due to a lack of players or a matchmaking problem, but the result is that this mode is completely unusable at the moment. 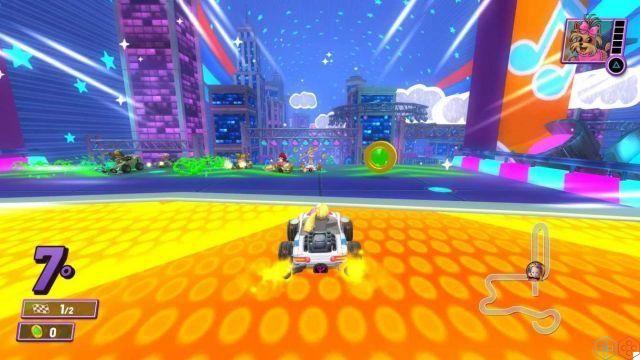 Too bad for the total absence of content, since the guidance system is sufficient. Nothing particularly refined or layered is clear, but on the whole it is possible to have control of the kart without particular difficulty. As in any title of this type there are objects that allow you to put a spoke in the wheel to your opponents, or to defend yourself from their attacks. There Slime bar it can be recharged with special coins or in some points of the tracks and allows you to activate a power of your choice. Drifts, in full Mario Kart style, allow you to sprint. It deals with of the only mechanic that requires a minimum of technique to be used, but nothing particularly decisive for gameplay purposes.


The good number of tracks inspired by Nickelodeon productions is not enough to revive a poor design and lacking in interesting ideas. The tracks are too simple: very few shortcuts, few obstacles and generally excessive simplicity. Each race is alike and the sense of repetitiveness starts to feel after a few runs. We are aware that the target audience of Nickelodeon Kart Racers 2: Grand Prix is ​​mainly made up of children. Even for them, however, this excessive flattening of the tracks and mechanics could be indigestible. 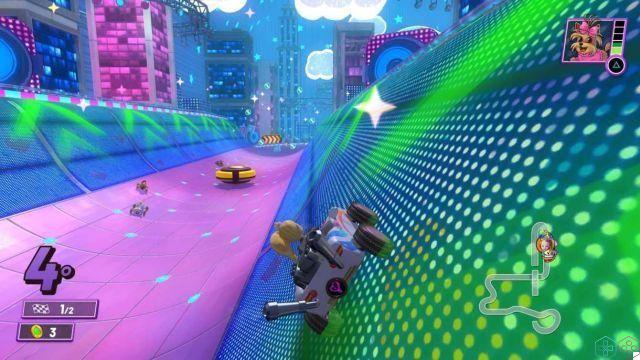 Our review of Nickelodeon Kart Racers 2: Grand Prix continues with a theme that is given great importance: the Customization. In addition to the pilot the player must choose the Chief, who provides the power to arrive with the Slime charge, an engineer and a mechanic who grant passive skills. In addition, it will be possible to modify the vehicle with a new engine, muffler and wheels, which modify the statistics of the car. The stats are: top speed, turbo, steering and drift. None of these affect the guidance system, making everything simply an aesthetic choice like the livery selection.

The feeling that, with the exception perhaps of the Chief, none of these choices affect gameplay it is amplified by the total absence of difficulty. Even at the highest level available opponents allow themselves to be easily overcome without resistance and they won't bother the player. Simply once we get to the first position, objects launched by artificial intelligence will come up against us that will slow us down for a while before returning to the head. 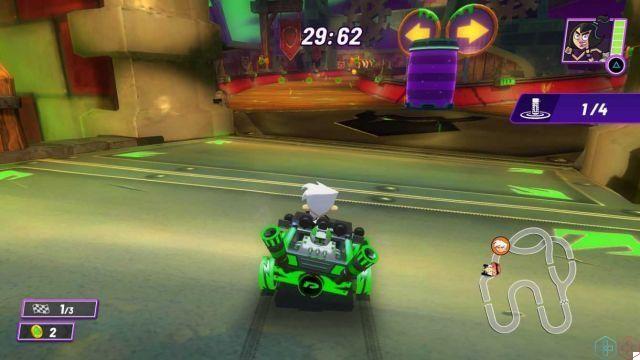 We conclude the review of Review Nickelodeon Kart Racers 2: Grand Prix by talking about its aesthetics. The glance is unfortunately not the best. Of course, the cartoon style manages to amalgamate completely different characters without too much difficulty. Overall though the models are lacking in detail and the tracings are bare. A general flatness that we do not expect from a title of this generation (in particular for PS4, the console used for the review).

At least the fluidity of the game is excellent even in the most chaotic moments and the uploads are fast and don't keep you waiting too long between races. Finally we point out that the game is completely in Spanish in the lyrics, while dubbing is completely absent. 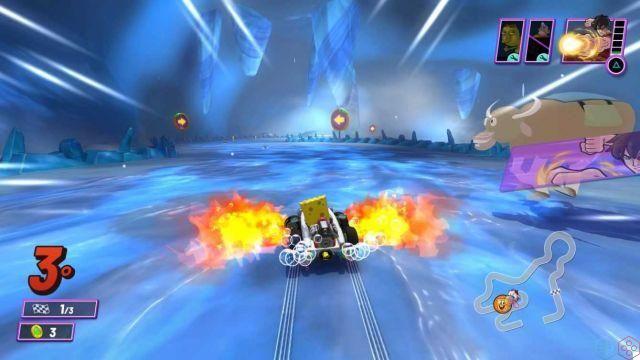 In conclusione Nickelodeon Kart Racers 2: Grand Prix fails to meet expectations. The simple gameplay, bordering on monotonous, is not enough to satisfy even a young audience, due to a poor level design and the complete lack of structured modes. The game swings in a dimension of mediocrity that he can't unglue at any time. You immediately feel the absence of something, of an extra idea that makes the game worth playing for several hours.

The Nickelodeon characters they are not enough to reach sufficiency. Unfortunately brands of this caliber deserve greater care and attention. Priced at € 39,99 we can't find any reason to buy the game unless you're a huge fan. The Nickelodeon Kart Racers 2: Grand Prix review ends here. We remind you that the game is available now on PS4, Xbox One and Nintendo Switch, while the PC version will arrive on December 1, 2020.

Continue to follow us on the pages of techigames to stay up to date on all the news from the world of video games and more!

4 The licenses are not enough