Along with Doom Eternal, the last chapter of the saga, Doom 64 has also arrived and now we will analyze it in this review

These days, in addition to the long-awaited Doom Eternal, of which you can read ours reviews related to single player and multiplayer, the remaster of Doom 64. The title released in the now distant 1997 for Nintendo 64 lives again today in a new light. Long a Nintendo exclusive, today it can be played by all fans of the saga on any platform. But let's see in more detail in this review what Doom 64 looks like today.

For the many who are unfamiliar with the title, Doom 64 saw the light of day in 1997 and is the latest sequel to the "classic series" of Doom. Made specifically for the Nintendo 64, thanks to the potential of the GPU, it was found to be "superior" to the old games for MS-DOS and Windows thanks to the texture filtering and anti-aliasing. Surely today as today these seem obvious things, but for the time it was really great news.

Today the title has also landed on PC, PlayStation 4, Xbox One e Nintendo Switch, ensuring that anyone can experience the magic of that game. Just like back then, when it came to Doom e Doom II we found ourselves with the pad in hand, if you played it on your PlayStation, on the bed of our bedroom to experience this adventure in one breath. Everything is unchanged, from the models of the various demons to the gameplay. 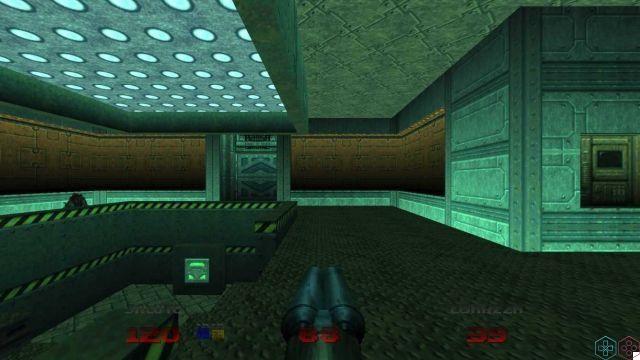 The change in respect of the past - Review Doom 64

Yet a single glance is enough to understand that this title has a whole new look. In addition to the different resolution, what is striking is the definition of the demons, their ranged attacks and whatever else is in the game. It is as if the developers of Id Software e Nightdive Studios they had taken a painting and restored the light to the colors that have faded over time. Everything has a new life, making it almost a different game while remaining the same over time.

The new graphics, however, although it manages to give a more accurate, clear, precise and sometimes brighter vision than the previous one, it won't make our life any less difficult anyway. It will not be possible to look up or down, just as it was not possible to do it 23 years ago. We won't be allowed to jump either, "limiting ”the game to what were the mechanics of its classic version.

The codes, such as that of level 4 which allowed us to reach a secret area, they do not appear to have changed nor the passwords that allowed us to reach the desired level with the endowment with which we had started it the first time. However we can also save our progress in the appropriate save slots, but we will be forced to do it manually every time. 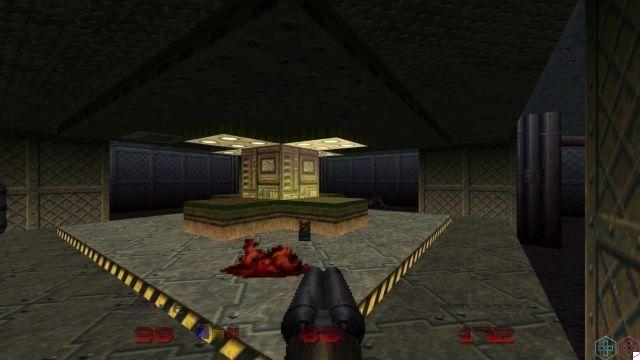 Let's exterminate them all once again

We have reached the end of this review on Doom 64 and therefore it is time to draw some conclusions. As expected, this new version is just a remaster of what was the old chapter. In short, more than wanting to innovate the game, the developers seem to have wanted to relive the adventure of 23 years ago to nostalgics and others. Certainly remembering all the secret rooms by heart will not be easy, but with a minimum of effort you will succeed in your intent to complete it at 100%.

So this game is aimed at fans of the saga who cannot help but replay it but also for new users who want to try their hand at Story. All in all the developers have done a good job rendering well usable such an old title. Not only have the graphics improved and the graphics quality of the game itself has been high, but there are no frame drops even in the most agitated actions as perhaps could have happened previously.

In short, aging for such a title has never been so productive. That's all for this Doom 64 review. I remind you that the title is disponibile per PlayStation 4, Xbox One, Nintendo Switch e PC via Steam at the recommended price of € 4,99. In order not to miss further news regarding the videogame world and beyond, keep following the pages of techigames!

add a comment of Doom 64 review: a timeless classic