In this review we will tell you in detail about Demon's Souls, the new remake of Bluepoint Games and the first true next-gen exclusive of PS5

It has been a few years now that the mania of gods has exploded in the videogame world remake. In recent times, many companies are refurbishing their most famous titles, entrusting several developers with the task of recreating them from scratch. Among all the software houses dedicated to the remaking of video games, Bluepoint games it is certainly one of the best known. The Austin studio has long been working closely with Sony and has been in charge of for the past few years recreate some of PlayStation's most iconic games using modern methods and tools.

After the excellent work done with the remake of Shadow of the Colossus on PS4, the company had the arduous task of rebuilding Demon's Souls, the progenitor of soulslike. Given its importance to all historical fans of FromSoftware, creating a remake of a title like Demon's Souls is no small feat and with ours review we will try to make you understand if Bluepoint has managed to hit the target or not.

A land immersed in fog

Let's start our review with a brief introduction to the history of Demon's Souls. The game is set in Boletaria, a burgeoning kingdom that has managed to thrive by making the most of its power anime. The continuous exploitation of this power, however, has led the King of these lands to awaken the Ancient, a mighty being who has begun to cover his entire domain with a thick, colorless fog. Moreover, from this fog some fearsome ones have emerged demons who have begun to massacre all the inhabitants of the kingdom in order to feed on their souls, thus transforming Boletaria into a corrupt and decadent land.

This is simply the beginning of the game and from here on the protagonist will have to chase the demons in a desperate attempt to put the ancient one back to sleep. In FromSoftware titles the narration has always been almost completely absent, allowing the player to discover the history of the world through small details of lore. These little clues are scattered in every corner of the game and very often it is only possible to find them observing carefully the scenarios and objects collected.

Being a 1: 1 remake Bluepoint Games did not make any changes to the story but, as many elements of the lore are mainly visual, there was a risk that some details could stray too much from FromSoftware's original idea. Thankfully that wasn't the case at all, as the company has proven itself extremely respectful of the original work. On the contrary, thanks to Bluepoint's attention to detail, minutiae that were previously almost impossible to notice have been enhanced, such as some engravings in the Latria tower or the forked tongue of the Stonefang miners. 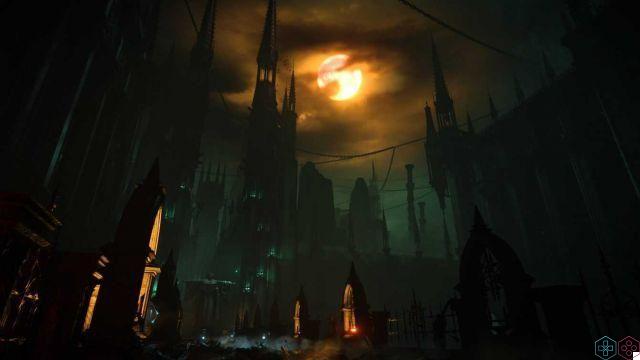 As for the story, even as far as the gameplay Bluepoint Games has remained very faithful to the original. The PS5 version of Demon's Souls continues to use the classic combat system based on timing and proper stamina management, and of course still retains the mechanics of loss of experience after death that distinguish all soulslike.

Plus this remake almost keeps unaltered all the parametric aspect of the game, the AI ​​of the enemies and the execution time of the various animations. Consequently the title remains as complex as the original and still allows veterans to move within it as in 2009, for example by exploiting the disproportionate power of spells and miracles or flaws in the logic of the bosses. On the one hand, all this is positive, given that it is reflected in an extreme fidelity to the work of FromSoftware, but there is also a downside. Some elements in fact they inevitably feel the weight of the years and give the game a "vintage" air that could annoy modern gamers.

Luckily Bluepoint still made some small improvements to the title able to slightly improve the "quality of life" of the players. For example, elements present in more modern Souls have been introduced, such as the rolled in 8 directions, 6-player multiplayer, an extra belt to use certain items and the ability to make enemies respawn without having to return to the central HUB. Furthermore, from a certain point of the game you will have the possibility to teleport to each archstone at any time thanks to the PS5 control center. 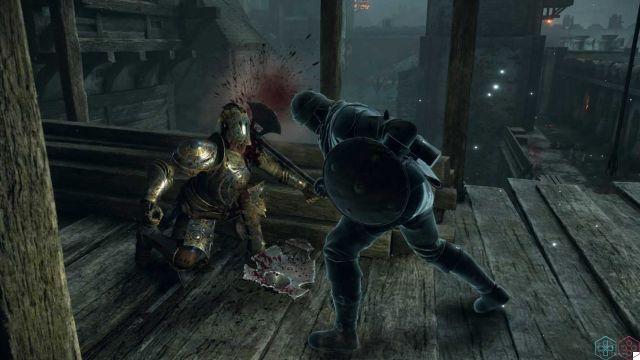 Let's now move on to the point of our Demon's Souls review that will surely interest you the most, that is, the one related to appearance graphic and technical. From the first trailers of the remake it was possible to notice an exceptional graphic quality, but playing it the impact was even more impressive.

The environments remained structurally unchanged and still boast the original exceptional level design, but visually they are totally renewed. The very high resolution textures, the highly detailed models and above all the new one dynamic lighting allow the player to instantly immerse themselves in the wonderfully decadent world of a remake that, although it seems almost a different game, still remains very faithful to FromSoftware's artistic vision.

Bluepoint did a great job on the animations, which are now much more varied and fluid both in and out of combat. In particular the facial animations of the NPCs are really beautiful and combined with a great one dubbing (also Spanish) contribute to further increase the immersion of the title.

Also as regards the technical side it seems that the Austin company has hit the target in full. First of all, the almost instant loading times due to the PS5 SSD, but we must also talk about the incredible stability of the game. The title will allow you to choose between two modes, one that focuses on resolution and one that instead aims to optimize performance. Specifically, you can choose whether to have Fixed 4k and 30 FPS or dynamic resolution and fixed 60 FPS.

In both modes the game looks gorgeous and, even in the most chaotic sections, you will never experience frame drops. Since the difference in resolution is very little noticeable, we suggest you opt for the performance mode (the second mentioned above), but feel free to choose the one you prefer. 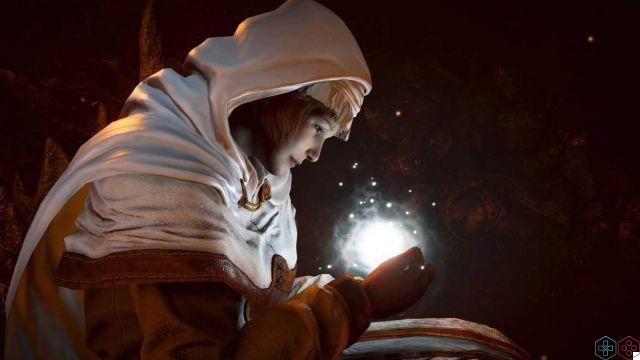 As we have already told you several times in the course of our review, the remake of Demon's Souls remains extremely faithful to the original. However, this did not stop Bluepoint from including many in the game new features able to offer something more to those who may have already fully experienced the work of 2009.

For example some have been added new items, secrets and weapons, but the biggest news are represented by Photo and Fractured Mode. There Fractured Mode will allow you to explore a version Speculare of Boletaria which will offer, especially to veterans, a very special experience. There Photo Mode instead it will allow you to stop the game and capture the beauty of this remake from completely new angles. In addition, thanks to this mode you can also apply permanent filters to the camera that will allow you to experience your adventure in an artistically very different way from that conceived by the developers.

Being one of the PS5 launch exclusives, Demon's Souls has the opportunity to show off all the innovations offered by Sony's next-gen console. Unfortunately though, except for 3D audio and control center, the game does not take full advantage of all the possibilities of the Dualense. For example i Adaptive Trigger are exploited badly and only with the bow, while the Aptical Feedback it doesn't stray far from a common vibration. Of course, being a title originally born on PS3 obviously it cannot have specific mechanics for PS5, but in our opinion in some points Bluepoint may have wasted valuable opportunities. 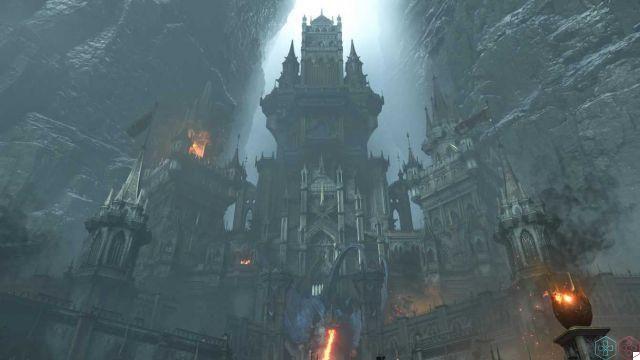 It's time for our review where we take stock of Demon's Souls. With this remake, Bluepoint Games has managed to create a perfect next-gen transposition of the progenitor of soulslike, making the most of its strengths without taking too many liberties. The new Demon's Souls offers many new features aimed at making the experience for novices less frustrating and that of veterans more varied and fun, but despite this it remains very faithful to the original work, bringing with it all the merits and some of the flaws of a game from 2009.

From a graphic point of view, the title reaches truly incredible peaks without ever giving up on performance. Whether you play in performance or cinematic mode the visual rendering will always be excellent and the frame rate always stable, even when there are many elements on the screen. Plus the new ones animations and the lighting system dynamic manage to further increase the immersion typical of the original game. The only shortcoming of Bluepoint concerns the Dualense, given that the company has in many cases failed to exploit its full potential. In short, whether you are a longtime fan or a novice, for sure Demon's Souls will not disappoint your expectations.

Demon's Souls è available now exclusively for PS5. If you want to stay updated on all the news of the title and much more, keep following us here on techigames.

Review Desperados III: there conquest of the West on PS4 ❯