Pack your bags and prepare your team. In Renowned Explorers you will set out in search of hidden treasures, scattered around the world, in an adventure with a captivating flavor

An addicting and unique game

Renowned Explorers: International Society is a turn-based strategy game developed by Abbey Games. Set in the XNUMXth century, you play the role of a team of explorers. Your team can be made up of fighters, scientists, scouts and speakers. Your task will be to get the best loot from the various expeditions and climb the rankings of the International Society, in fact. Thwarting you will be your rival Mattiue Rivaleux, a French explorer, at the head of a group of thieves. With simple cartoonish graphics, The game mixes text adventure features with innovative combat mechanics. 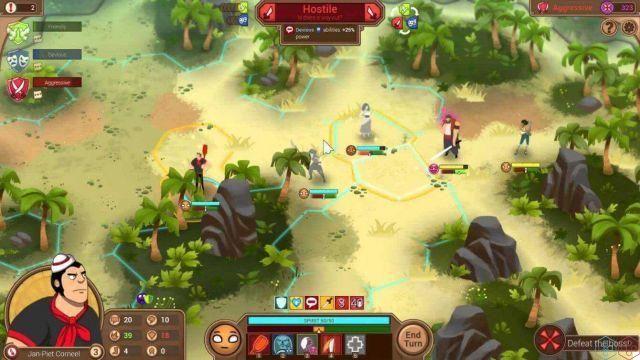 In Renowned Explorers, you will organize your expedition by choosing your location and squad members. You will find yourself in one procedurally generated map initially concealed. The game will be divided into two phases. In the first phase you will explore the map. As you encounter enemies or obstacles you will move on to real action. Here the game will behave like the old text adventures allowing you, thanks to the characteristics of the team, to circumvent the danger. If it doesn't work and you go to battle, the game will show you all its uniqueness. You will have to fight in turns by moving and making your characters attack taking into account their statistics and equipment but not only. Indeed each character will have a mood bar influenced by game actions. The mood will allow you to defeat enemies although the pure statistics would not have allowed you to. By doing so, yes adds a random component to a strategic combat which makes it more interesting.

Recently the game received The Emperor's Challenge update. Thanks to this DLC, players will be able to play a new mode focused on obtaining collectibles that an oriental emperor will donate to fulfill certain challenges. New places have been introduced to complete new missions. In addition, there are also four new characters, one for each role. 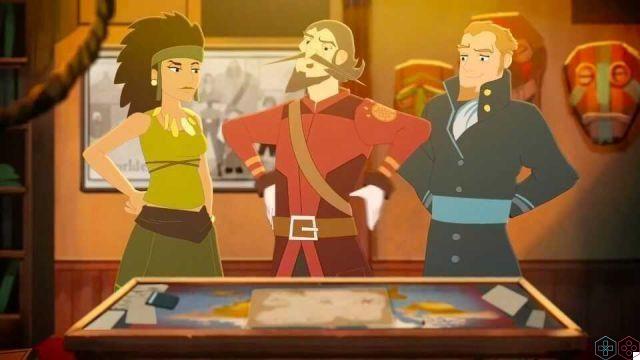 Renowned Explorers: A large game with a few flaws

Renowned Explorers is a unique strategy game though it is, in some places, neglected and sketchy. First of all is the game system which, in the long run, appears static due to the few animations of the combat. The playing field is then poorly defined, not always giving a precise idea of ​​where to move or attack the characters. The RPG mechanics are very limited and the objects for the build are not very diverse. Lastly, the number of characters that should make up the expedition is a bit scarce and does not allow the player to experiment too many combinations.

This title ultimately it will not be perfect, but it is still unique and able to make the player experience the sensation of discovery. A pleasant and pleasant graphic experience that combines the classic with the new and that will easily be appreciated by both lovers of the genre and not.

7 A good title with some flaws