Portal Stories Review: Mel, the Portal 3 that never came out

After having amazed with Aperture Tag, Prismis Studio realizes a new adventure with a new protagonist and a new Core with a decidedly huge ego. Let's discover Portal Stories: Mel

Being a huge fan of the saga of Portal it will be hard for me to review this mod in a subjective way, but I will try.

This mod, based on the world of Portal, is an entire story placed between Portal and Portal 2. It will therefore not only be about solving tests and that's it, but also trying to understand what happened to the Aperture Science and who has taken command of it.

Portal Stories: Mel in its introduction it recalls the never set Half Life, in fact, we see our protagonist Mel traveling on a small train inside the Aperture Science. It is the year 1952.

As we enjoy the tour, pre-recorded messages from Cave Jhonson (founder of Aperture Science) inform us about what we should face and why the choice fell on us.

Once we arrive at our destination, we are ordered to lie down on a cot. Jhonson assures us that one of the Aperture scientists will soon wake us up. But, apparently, something goes wrong.

When we wake up, we find ourselves in an abandoned and destroyed place, with the vegetation that has taken over. A very different place from the one that greeted us on arrival. This is where our adventure begins.

After making our way through the old test chambers, we will meet Virgil, a Core with a huge ego and who believes he can rule us around. But apparently we are not alone. A machine seems to have taken control of the Aperture, a machine that wants our death at all costs! 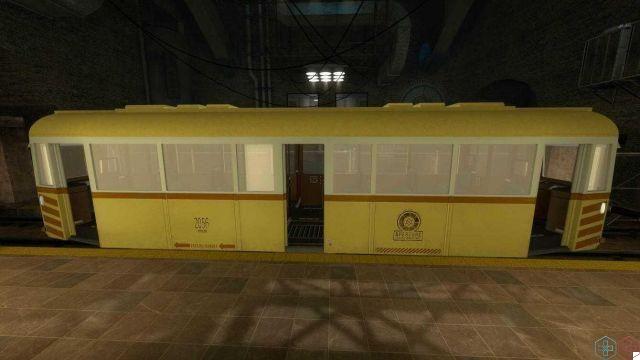 The gameplay mechanics have remained unchanged from Portal 2, but one thing needs to be said.

Forget the increasing difficulty between the rooms as happens in the 2 chapters of the saga. There difficulty of the puzzles is vastly higher to the original puzzles. The developers went wild, carrying out tests that will test the ability of each of us to think sideways.

The latest puzzles, at least for me, required at least 30-45 minutes of reflection, extending the game by far. So before playing, I recommend that you train yourself on the test chambers created by the gaming community.

Even on the graphics sector there is not much to add compared to the second chapter of the saga. The game uses the Source engine, the same one used for the two Portal. The textures are not very smooth, looking very closely some objects can be too edgy.

However, the level of detail does not mind, pleasing to the eye, accompanies pleasant gaming sessions that focus on something else. 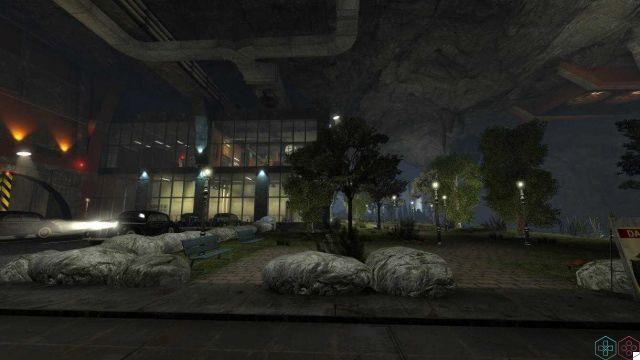 One of the most relevant parts in the Portal saga after the functional gameplay were the rumors. Aside from Chell, Portal's characters were robots, and therefore couldn't express themselves through expressions, so it was up to the voice actors to bring out the personality of each Core.

In this field the developers have done very well, both in imitating Cave, and in realizing the personality of Virgil. Each line is inserted in the right place and the dialogues are well cared for, also thanks to the excellent translation into spanish as for subtitles.

A praise must also be made to the music that will accompany us throughout the game, both in the resolution of levels, and while we explore the Aperture workshops. All the music is original, made especially for the game, while the ambient sounds are extracted directly from Portal 2. 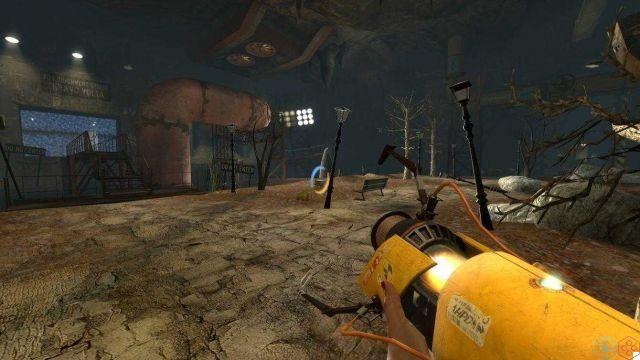 Portal Stories: Mel it is a small masterpiece, especially seen and considered that it is not an official product. The developers did a great job. Once immersed in the game world it seems to be in a branded product Valve and not in a game made by fans.

The commitment and passion that the developers put into making the product is such that I was ashamed of not having spent anything to get it. Indeed this mod is completely free, even if it is of a much higher quality than many indie games that can be found for a fee in the Valve store.

The only drawback I found is the difficulty in resolving the test chambers which could be a strong motivation to leave the game, despite the beautiful story behind it.

Portal Stories is promoted on all fronts especially considering that it is completely free. If you are orphaned of Portal 3 I have no doubt that this game can fill that void, at least for now.

add a comment of Portal Stories Review: Mel, the Portal 3 that never came out