Marvel's Spider-Man is now available exclusively on PlayStation 4 and PlayStation 4 Pro, is it worth returning to roam the city in the company of our friendly Spider-Man? The answer is yes, discover an unmissable title in our review

Once upon a time Insomniac Games, Sony e Marvel Studios: the three companies decided to get together and join forces to make the definitive video game dedicated to Spider-Man. If you don't know how the story ends, we'll take care of telling you about it, announcing that the outcome is one of the best: they all lived happily ever after, first of all the players. Yes, for once it is worth starting from the end and that is from our judgment: Marvel's Spider-Man is a gigantic, fun and extremely polished title, one of those that should not be missing on any PlayStation 4. But let's go step by step, or we all risk getting excited.

The announcement of Marvel's Spider-Man dates back to the now very distant (apparently) 2016, when Sony proposed a very interesting project to Marvel: to join forces to create a great video game about Spider-Man, one of those not seen by now. weather. The promise was to treat him like a real Triple A: Marvel would have bet on its license, Sony would have invested by hiring Insomniac Games (which certainly needs no introduction) to carry out the project. The result is there for all to see: apparently yet another title on PlayStation 4 with superheroes running around saving people and completing missions, in reality a production that shines with its own light.

The hard life of the teenager | Marvel's Spider-Man review

Marvel's Spider-Man manages to be a fresh production despite the reference franchise being more or less old like our grandparents: drawing here and there from the cinecomic and the official comic of the series, it builds a credible narrative but above all enjoyable even for newcomers. . If you don't know Spider-Man's old and new enemies, or have never heard of individuals like Doctor Octopus, this is not a major problem: paradoxically you could be given an advantage over long-time fans, because you will have the 'opportunity to discover a completely new story in which many aspects have been revisited and reinterpreted.


Obviously still Spider-Man it is, so you'll find the people closest to him like his grandmother and Mary Jane, and a giant city like New York where our friendly neighborhood Spider Man finds himself living his adolescence. Mind you, why never before has the human and young side of Spider-Man been enhanced as in this case: Peter Parker isn't just an anonymous individual who puts on the mask and becomes a super hero, Peter and Spider-Man are the same person, and it seems like Marvel's Spider-Man wants to remind us every two by three. In fact, we will not find ourselves just running around among very high skyscrapers, or trapping enemies upon enemies within lethal cobwebs: we will also live in Peter's shoes his everyday life, his everyday relationships, in short, the events, the problems and worries, but also the joys, of an (apparently) normal person. 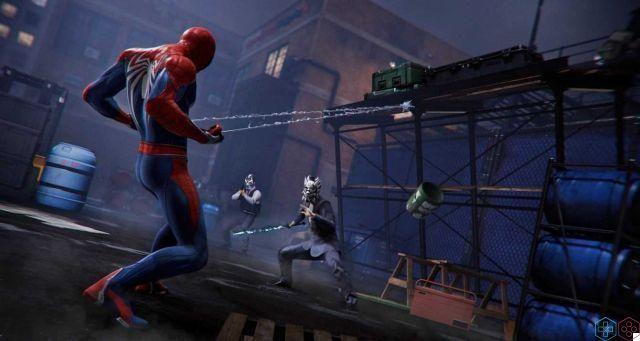 The human and "normal" side of Marvel's Spider-Man is perhaps one of the most original aspects of the production, great absent of all past video games dedicated to the spider: this does not mean that the great satisfactions come, of course, at the time of beating up the enemies and saving the city, day after day. We do not want to spoil the pleasure of enjoying a good story, told among other things with cleverly studied rhythms: just know that when a certain bad guy is permanently taken away, crime in the city grows to unexpected levels, and a series new and powerful enemies will threaten the New York of the young Spider-Man. Guess who will have to save the situation as always?


Gameplay that wins you do not change | Marvel's Spider-Man review

Marvel's Spider-Man takes everything that superhero video games (and more) free-roaming have offered up to now, enhancing it all and dosing it with that inviting magic that comes from the Marvel series. The title itself is an action game with minimal RPG elements, set in a vast open-world world coinciding with the city of New York. City more alive than ever of course, and rebuilt by Insomniac Games with great detail. The task of our friendly neighborhood spider (and ours) is to jump here and there between skyscrapers, beat the bad guys on duty and increasingly fierce, intelligent and armored enemies, up to averting crime in the city. The main adventure offers about fifteen hours of gameplay, but the time it takes to see everything and everyone and collect all the collectibles will take you a little longer. 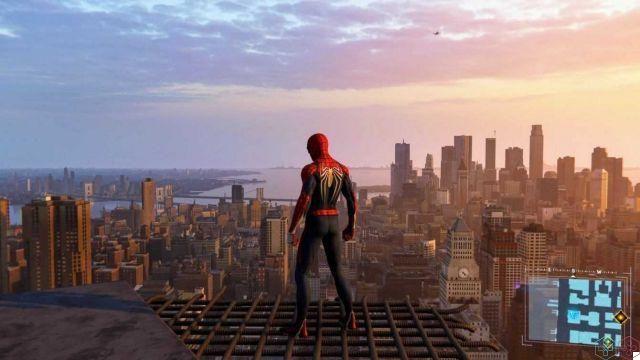 The meeting with the sinuous and very fast Spider-Man was one of the most dynamic: Spider-Man has many basic moves and just as many can be unlocked via the skill tree, therefore it will take a while to get to know all but all the possibilities of the protagonist; to this are added numerous gadgets, upgrades and the inevitable Alternative Skins and Suits, some of which are really nice to see (but we do not anticipate anything). We said a little above that Marvel's Spider-Man's New York is more alive than ever: as you can imagine this also means that you don't necessarily have to focus solely and exclusively on the game plot, it is indeed advisable to always take a look at the events that are happening. taking place in the various districts, complete the secondary missions (many and sufficiently varied) and thus obtain more experience points to enhance Spider-Man.

The technical and graphic sector of production is excellent: we tried Marvel's Spider-Man on a PlayStation 4 Pro and there has never been a hesitation, even in the most hectic situations: of course the title supports 4K and runs at a steady but smooth 30 FPS; the optimization work for a Sony first party title proved once again excellent

If you like superheroes and action games in general where there is adventure, action and lots to do, Marvel's Spider-Man it's one of those end-of-generation titles that can't be missing on your PlayStation 4 (even better, it can't be missing on PlayStation 4 Pro). This is the best chapter ever dedicated to the spider, able to redeem most if not all of the previous production, definitely forgettable in most cases; we would even dare to call it one of the best superhero video games of recent years, in general. If you loved the various Infamous, just to name one, here you will immediately feel at home. And Spider-Man cares about his house, don't you agree?

MediEvil PS4 Review: Sometimes a good memory is better left as it is ❯

add a comment of Marvel's Spider-Man Review, They resurrected Spider-Man