Lithium Inmate 69 review, a mixture of horror and puzzle-game

The first thing that emerges when playing Lithium Inmate 69 is its resemblance to classic games platform-action of the early years '00, like Oddworld on the first Xbox and Crash Bandicoot on the Playstation. Lithium Inmate 69 it is indeed a action-puzzle game variegated with platform sections and a tone horror-thriller well marked, which took its cue from the games mentioned above.

The narrative is present, but made not very central in the production. We are told the bare minimum through short cutscenes

The game is set in themilitary hospital di last, in psychiatric section between the years '50 e '70. The protagonist of the game is the prisoner number 69, with the birth name Vincent Hart, and its goal is basically seek himself, understand his past e to survive to a hostile environment created by his own psyche. In the first minutes of the game it is not possible to grasp the full plot, in fact the adventure goes on slowly for 7 chapters, explaining the story and the mood of the protagonist through cutscenes. At the end of each chapter we will find a boss to be addressed, with an attached one clinical card containing all the information on the final enemy we are going to fight. 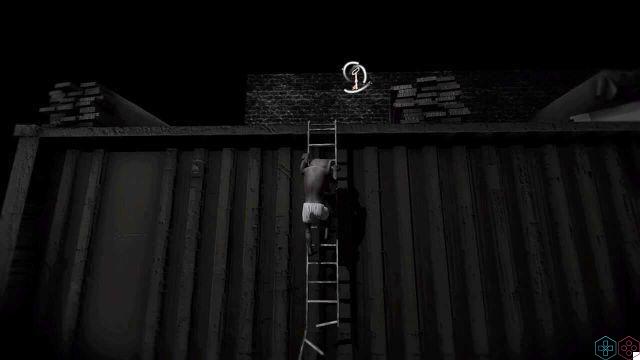 The gameplay mechanics are very simple and immediate. This is the key feature of Lithium Inmate 69

Le gameplay mechanics of the game are not many and not too difficult, as the simplicity of action makes Lithium Inmate 69 very particular. One of the tools that is given to us at the beginning of the adventure is one lamp, which will be essential to discover the darkest corners of the game environment and the multitude of traps located in it. Without it, it is impossible to move between the dark rooms and environments of the game. There lamp however, you need to Petroleum to feed the flame inside and thus illuminate the surrounding spaces. During the adventure we will therefore have to explore well and look for the petroleum milk to recharge the flashlight.


Besides the enemies are also present deadly traps, such as sharp floors, oscillating electric saws, and poisonous gases. In these cases the timing of the player will be essential to survive and move forward. However, we have sometimes found that the camera goes mad, moving away from the character and creating confusion, with the risk of killing the protagonist and starting over from the nearest checkpoint. Furthermore i commands in general they are sometimes woody and imprecise.

Another feature of Lithium is the possibility of playing the part "malignant"of Vincent. For most of the game we will play as a hunchbacked, fearful and terrified-eyed being, unable to defend himself from enemies. Therefore, at times, we will have to use the traps present against our enemies to continue in the next area.

Returning to the part "malignant“, Vincent can collect some keys that recharge pendulum clocks and, through the sound of the clock, we will evoke the bad part of the protagonist. Such malignant personality can, unlike the other, fend and ofmpugnare of weapons, like a machete and a pistol.

In the few sections shooter present in the game, the aiming controls are inaccurate and very unstable, sometimes causing the inability to hit enemies on the first shot. Obviously the "transformation"Of our little creature has a limited time, generally a few seconds, and it is possible to increase the time by collecting hearts scattered around the map.

As we said before, the adventure is divided into 7 chapters and at the end of each chapter, after traps, enemies and some scares here and there, we face a boss. Before the duel it is possible to discover the history of this enemy through the medical records of the patient: we can find out the criminal record, the pathologies, the name and the origin; which is very useful since we can use this information to our advantage.

For example, if we find ourselves with a madman who wants to kill us and in the medical record it says that he loves classical music, we can use the gramophone present in the level to calm him down and try to stop him. We would have preferred one though greater characterization of the bosses, not limited only to a simplistic medical record. 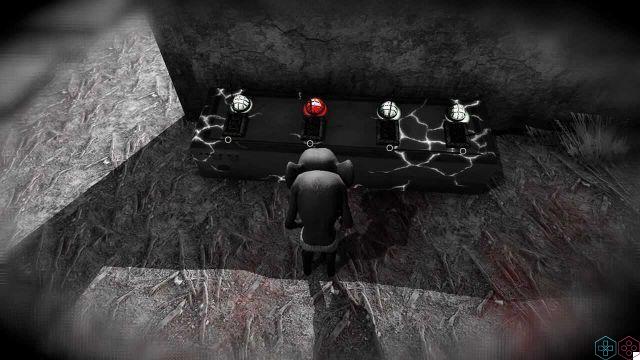 Turning to technical sector, in general Lithium Inmate 69 looks good. It doesn't make you cry for a miracle, sure, but being a production indie and being developed on the graphics engine Unity almost used by emerging software houses, the technical sector is acceptable. The external they appear bare, with some poorly defined or smudged textures. The interior instead they were made in a better way, as the game was in fact created for atmosphere tetre from horror.


Il polygonal models of the character are well made, as opposed to those of the enemies. The game features several bugs, that manifest themselves during the adventure, sometimes even forcing you to close the game and restart it. The environments and the game in general are characterized by a White e black, which highlights the setting of the years '70 and the colors that compose it. The objects are therefore few the style of Lithium is particular. 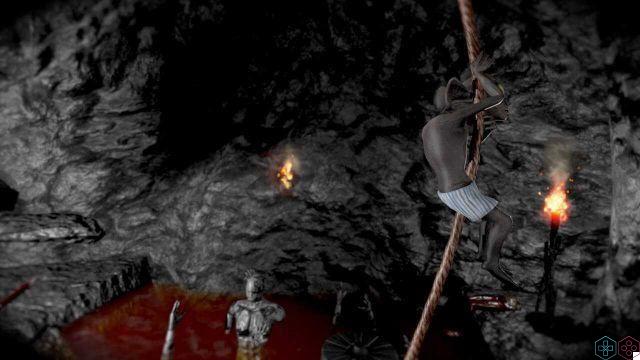 The version we tested is that PlayStation 4 e at the level of fluidity the game behaves pretty good: frame drops are almost absent and optimization is very good. The fact remains that the game is without a corrective patch on day-one, therefore, it suffers from persistent bugs that show up during the session.

Lithium Inmate 69 however, it remains one ambitious indie production, which seeks to revive the action-platform years '90 e '00. The game is available for PC, PlayStation 4 e Xbox One at the modest price of 9,99 €.

Mafia lll review: a game that wins but does not convince ❯

add a comment of Lithium Inmate 69 review, a mixture of horror and puzzle-game