Mafia lll review: a game that wins but does not convince

Mafia III, the brand new title developed by Hangar 13 "rib" of 2K, is a video game that does what it can to entertain but only partially succeeds, not convincing. Let's find out in this review

The third installment of this series catapults us into a fictional American city called New Berdaux (city that takes its features from real American metropolises). The year 1968 runs and lives in New Berdaux Lincoln Clay, a boy abandoned at a very young age and adopted by a Boss of the "black mafia". Lincoln (the character we will take control of) is a strong and determined person, which can be guessed from the very first bars of the game that introduce us to the character and introduce us to his troubled life, divided between attachment to family and spent in the army during the Vietnam War. Events that in one way or another have forged him and created a sort of emotional armor.

The first few bars of the game flow pleasantly. The idea of ​​the developers to tell the story of Clay through flashbacks and interviews, made to those who know the story of the protagonist and have experienced them firsthand (such as the priest friend of the family of Lincoln or Donovan, a former fellow soldier and FBI agent who will help our character in his revenge), works well and is well done.

Revenge is also the key word of this title that respects all the conditions for becoming "great" but which, in reality, of Mafia has very little. Despite the departure as a pure race horse, the fire of enthusiasm soon burns out and the title is transformed into a continuous repetition of the same actions, with a storytelling that no longer reaches the peak reached initially. Not even in the most excited phases or in the final ones, much less when you meet old acquaintances of the caliber of Vito Scaletta you can savor that feeling again. To use a football expression, Mafia 3 and a title that focuses entirely on "long ball and pedaling": a game that has a final result but does not have that sex appeal that the first chapter had shown and that, a little, had already been lost in the second Mafia. 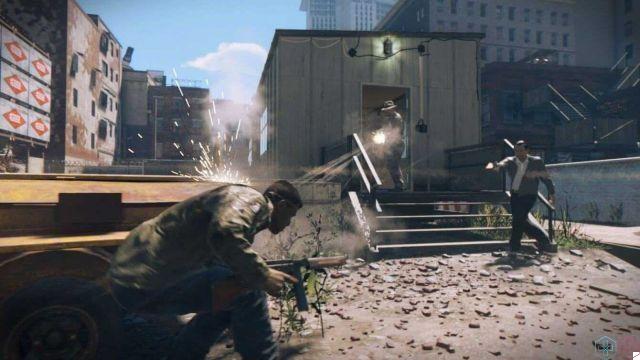 An anonymous gameplay, a bad shooting system and a disastrous artificial intelligence are the Achilles heel of this video game, left in the middle

A good story can elevate a title to a masterpiece, just as good gameplay can lift its fate, but when the two elements are sparse, then we have a problem. AND Mafia 3 it has many problems.

Right from the start, you can guess that the shooting system is approximate to say the least. The hitboxes of the enemies are inaccurate and if, like me, you decide to take on the title at maximum level with the automatic aim disabled, be prepared to appeal to your cold blood, as it can all get very frustrating. Not because of the too high level of challenge but because, thanks to the imprecise hitboxes mentioned above, by aiming with precision at the head of the enemies sure of a headshot (headshot), the blow will be calculated as to the chest and consequently more will be needed.

All this prompts the player to try a more stealth approach that will give us the ability to use our trusty knife and, in doing so, we will discover how much artificial intelligence will be all forks intelligent. If indeed Lincoln will be in a situation of cover behind a wall or behind a counter of a nightclub, even if there are two or more enemies within a few centimeters of each other, they can be pulled at us and killed without nobody notices. The speech does not change if the enemies are in a group but far from us, in fact it will be enough to make our character whistle and the enemies will always approach one at a time, without ever wondering what happened to their companions, all leads to an advancement system. boring that will not put the player in difficulty in almost any situation.


The other watchword for this title is therefore definitely Noia. Apart from the first hours of the game, where the twists and turns are the masters, the title always advances in a linear way and our tasks will be limited to acting as a hitman to achieve our revenge. Everything repeats until the end of the title and mainly our goals will be: go to point A and kill all the hit men, to get to the Mafia Boss on duty.

A lifesaver for such lean gameplay are the additional mechanics. Like the ability to intercept calls made by our rivals, have support from allies both in the form of men in our pay and weapons and ammunition. Based on the areas conquered on the map, we could have the help of this or that part of the "mafia family" who will provide us with support during our raids. A mention should also be made of the collectibles scattered around the map in the form of Playboy or even Pin-Up posters.

In order to get a complete picture, it is right to mention the possibility of driving in a more simulative way, which in a game of this mold could have been an innovation. However, after trying the two different driving styles (arcade and simulation), I didn't find any changes except in the settings menu. Not to mention the cars bouncing off our car like ping pong balls thrown against the wall. 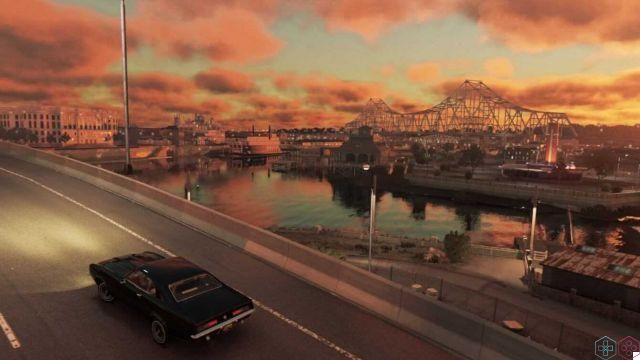 The technical sector fully reflects the mediocre work done on this latest chapter of the Mafia trilogy, except for the audio sector which is able to amaze!

The technical sector of this title is not a work of art but stands on an acceptable standard, we are certainly not facing a new Fallout 4 but not even in front of a The Witcher 3. The textures of the main characters are well-finished and even the facial and expressive animations are not bad, the modeling of the cars is also good which, although not very rich in details and polygonal models, reflect the charm of the classics of those years.


Less well with regard to landscapes and lighting that show off respectively less refined textures and ugly light effects, especially when passing from a closed environment to a larger one. The painful notes also continue on the effects of the explosions and reflections of the water, while the shading system is good when it comes to Lincoln.

Even the promptly rectified choice (thanks to a patch) to block the game's graphics engine at 30 FPS, has instilled some perplexity. Furthermore, even after applying the patch (despite a GeForce GTX 970 and an Intel i7 3770k) the frames do not drop from the fixed 60, which makes the title not enjoyable at its best for those who own a panel with a frequency higher than 60hz. .

The audio sector is an exception, where the soundtracks that accompany us in our raids are nothing short of amazing and, more than once, I have had the syndrome of GTA Vice City that is the syncope that prevents you from changing your car for a more performing one because the song that was playing on the radio prevented you from untying the combination of music driver. Songs like Creedence or Rojer Miller are able to re-evaluate the title and make us spend time cruising the canals aboard a motorboat, just to enjoy fragments of peace as the war between rival gangs engulfs the city. 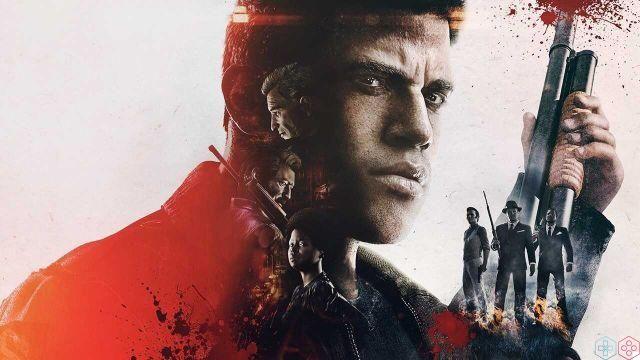 Mafia 3 is a light game that can be played but that will soon be forgotten and will leave almost nothing. A mediocre and light pastime not to be counted in the annals

In conclusion Mafia 3 is one of those titles that can manage to keep company for about fifteen hours but that continue, not so much out of the desire to tackle some important secondary mission such as more accurate titles, but almost for a sense of completeness or at most for make sense of the economic outlay. The title is not able to leave its mark but I recommend recovering it in the future (perhaps at an appropriate price) and playing it as a secondary title, as a light pastime between one session and another of a more demanding title.

In my opinion to fully enjoy Mafia 3 it should be taken in small doses, so as not to experience that continuous sensation of already seen and already done. With a more suitable price, with a soundtrack (rare pearl) that deserves to be heard, Mafia III will have the opportunity to return your trust with some emotion.

In my opinion, to fully enjoy Mafia 3 you should take it in small doses, so as not to experience that continuous feeling of already seen and already done. With a more suitable price, with a soundtrack (rare gem) that deserves to be heard, Mafia III will have the opportunity to return your trust with some emotion.

Maize review: about corn on the cob, bears and stupidity ❯

add a comment of Mafia lll review: a game that wins but does not convince