After epic battles, and some fun gags, here we are with the Lego DC Super Villains review. Will the supervillains manage to break into the cold heart of our editorial team? Let's find out together

Lego DC Super Villains is a particular title, it takes us back in time to when we were children. This enormous charm envelops us from the very first moments of the game. If for other works this goal is not easy to achieve, it is instead simple for this series of Lego video games. But without being too nostalgic, let's get straight to the point!

Lego DC Super Villains: On the Evil Side | Review

Well yes, once in a while, we are on the side of the bad guys. Our favorite villains always engaged in the eternal struggle with the boring members of the justice league. Always ready to put a spoke in the wheel. In this world, apparently so classic, something will happen. The balance of the same will be destroyed. The missing heroes. Being bad will not be as fulfilling as usual. Exactly for this reason alliances will be born among the most unlikely, battles among the most bloody and a series of betrayals and intrigues truly remarkable for bringing the world back to its natural balance. It is an apparently extremely profound plot, however, an attentive player will always be one step ahead of the story. 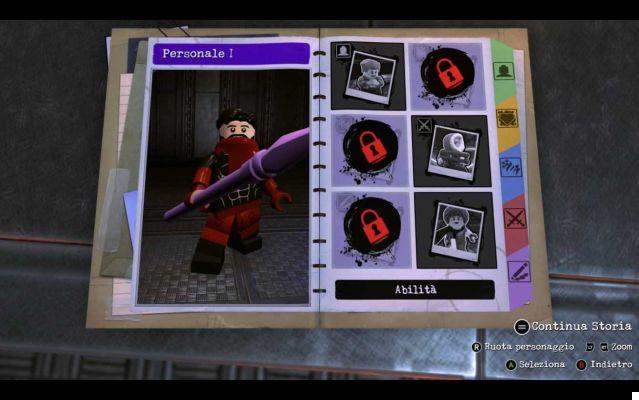 The characters are well characterized. We will be in the shoes of every supervillain, with an eye on one "New recruit" with surprising skills. The "recruit" is totally customizable, you can waste hours and hours to modify it and adapt it to our tastes. Throughout the adventure it will be a joy to see its growth and feel our character. Of few words of course, but able to make a difference. This great ability to bring the player into the mind of the character makes him able to predict the unfolding of events.


Developer choice that makes the storytelling gorgeous, extolling what is actually a relatively banal and predictable story about the eternal struggle between good and evil. After all, experiencing something on our skin is what makes everything more interesting. We expect what will happen simply because we are struggling with all of ourselves to make it happen, to triumph and get what we want.. Twists also have a different flavor when you have a goal. Incidents on the way that do not make you lose sight of the final goal.

The setting and the attention to every detail amazes. The game map, although not among the most extensive ever, is full of secrets constructed in such a way as to encourage the player to visit it several times with always different characters. The freedom of movement within it is interesting, and how, depending on the character chosen, the way of experiencing the map itself changes. At least initially. We soon come up against the first defect of the title. An excellent characterization of the single character as opposed to repetitive powers. 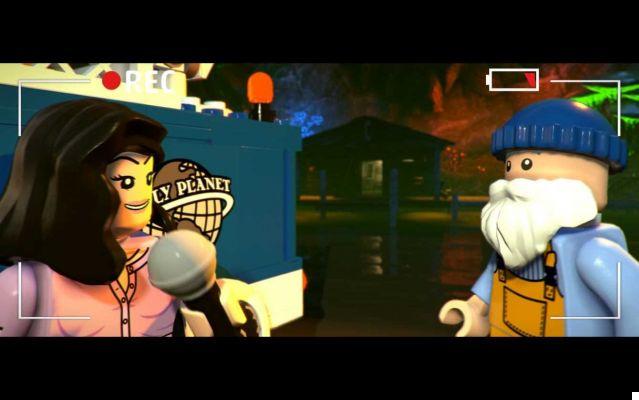 Each character has powers that can be classified into a typology. This makes it easy to use different heroes, but flattens out the gameplay a lot. We find ourselves having a similar experience even with characters at the antipodes. For example, using Black Adams and Lex Lutor, we can move in exactly the same way on the map. The difference? The element of the powers that the two heroes have. We would have liked something unique for each character, but this is perhaps asking too much and complicating the game mechanics a lot, and not at all. The understanding of the developers is clear: to push to make the most of the different elements that make up the powers. The "new recruit" in the course of the plot will acquire all the powers that the other characters have, highlighting the limitations of the other characters and perhaps even those of such simplification in the gameplay.

The boss fights, on the other hand, are more or less all the same. We are witnessing a series of phased clashes. A bit of a shame. It would have taken little to differentiate one clash from the other also from the point of view of the game experience and not only with respect to the character we face. The real flaw, from a gameplay point of view, is that everything is summed up in a few steps: attacks, waits until the enemy is no longer invulnerable, attacks again etc ... a repetitiveness that in the long run can be a bit sickening.

The platform parts are interesting, always varied and different: the real strength of the game. To move through the various levels of the game it will be necessary to combine the powers of each team member to advance. Swapping characters will be an operation to be carried out often. We collide, however, with another small problem: it is not always possible to choose the desired character immediately. This is a small thing that in the long run becomes frustrating for the player. The puzzles are very inspired: simple but not always trivial. In order to progress, in some parts of the game, it will be necessary to resolve various stalemates. These puzzles revolve around team skills, and they always aim to provide a moral: the key to resolving a situation is always collaboration and mutual help. Not bad to find this message in a title aimed at an audience of all ages.

Having reached the final stages, it is clear that this is a title full of lights and shadows, a bit like the game world in which it is placed. Although on the one hand it moves any Lego fan, and not only, with an extreme attention to details and characters, on the other hand it steals with some too repetitive mechanics. The supervillains, and their stories, have won our hearts as gamers. We would like to recommend the purchase of this title to fans of the saga, to parents looking for a simple but long-lived title for their children. Children will probably have a lot of fun in the company of their favorites, for them it will be simply a nice fun game.

Video games are meant to be entertaining, and Lego DC Super Villains so much fun, everyone. And precisely in this lies the magic of the title, offering fun for all ages by making us live many hours without worries. All this fun is worth the price of the ticket. What are you waiting for? Go to the dark side of DC together with the Legos you too!

8 For fans and for those who want to have fun