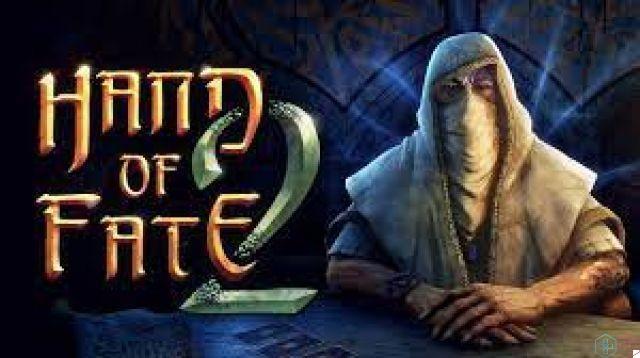 You don't change a winning team, you only improve it a little. Probably this was the thought of Defiant Development, Hand of Fate 2 uses the same formula of the previous chapter going to retouch some lacking aspects. Let's break it down together in this review

A hundred years have passed since the previous game, the last time we came out as winners, we beat the dealer. Now he is back and he is ready to challenge us again, more determined and certainly with more imagination.

The first chapter of the series has certainly found positive results among many, an innovative formula that was going to mix (literally) the RPG with the board cards, creating something never seen before. The innovativeness has certainly decreed its success, but the game was not without flaws. Often repetitive, very sparse texture and at times even excessively easy. Defiant Development has therefore decided to improve the deficient aspects of the first chapter of Hand of fate without, however, distorting things too much, thus remaining cautious and without daring too much.

What has changed in Hand of Fate 2?

The first thing we will notice from the first moments is the presence of well-characterized characters who will accompany us during our adventure. Proceeding with the game we will in fact discover, by means of special cards, the story that surrounds our associates. Thus revealing some mysteries that surround them. The magician Malaclypse he will be the first of them and also the most charismatic, during the course of the game you will often hear about him. The stories of our followers will enrich the plot and lead us to face different adventures. We therefore note that in Hand of Fate 2 the narrative side has not been neglectedon the contrary, it turns out to be well structured and engaging.

The gameplay has remained almost unchanged from the previous chapter. The combat phases have always the same style structured like "Batman Arkham", weapons now have a special ability that can be activated after reaching a series of attacks that vary depending on the type of weapon in hand. Furthermore, the weapons have different statistics, this means that a type of weapon suitable for a particular opponent is not suitable for a second opponent, for example a heavy ax will certainly do more damage than a light sword but in the same way it will be more difficult to use against fast and agile enemies, as they will tend to avoid our blows. During the fights we will often be joined by our associates. They too will have different attacks depending on their class. This set of things makes fighting more varied and less simple than in the past.

New minigames have also been included to tempt fate, in addition to the classic "draw the lucky card" that we have already seen in the past, now it is also present the roll of the dice, which will require us to reach an assigned number based on the degree of the challenge, we will also find a pendulum that must be stopped at a specific point to pass the test.


The verdict on Hand of Fate 2

Hand of Fate 2 therefore looks like the improvement of a formula already seen in the first chapter. Variety, engagement, and RPG components have been improved. From a technical point of view there are some problems: glitch and interpenetrations not lacking during the combat phases. We must not forget, however, that the title comes from an independent development house. Hand of Fate 2 therefore will not disappoint you if you enjoyed the first chapter. If you haven't played the previous one, however, you will be pleasantly surprised to try something different and not obvious.

The game is available for PC (on Steam), per PlayStation 4 and for Xbox One.