The most loved soccer game of all time also arrives on Nintendo Switch, but how does FIFA 18 present itself on the innovative console? Let's find out in this review

Who would have thought that one day we would see again FIFA on a console Nintendo? From the perplexities on DS to the controversies on Wii U, EA Sports it has never made it to a Big N console. Yet it has returned with its flagship software on a console that is considered hybrid, and especially Nintendo-branded.

Actually, when we were still talking about Nintendo NX, we expected many games including FIFA 18. But slowly we had our doubts, considering the background rumors of the different software houses that saw the Switch as a less powerful console for current generation games. Having said that, in the end, what does FIFA 18 look like on the new console?

La gameplay and game mode on Switch they are not very similar to what we find on other platforms. Speaking of the gameplay we can immediately notice that something is wrong. We know that many users (in general) have complained that FIFA 18 has gotten worse than its predecessor. Let's talk about slower actions and other little things that many have not liked. This on all platforms, but on Switch it's even worse. The negative points are many, let's start with the management of the men on the pitch. I have often found myself with a defender in attack or vice versa, due to the fact that the game allows one player to cover the other if he advances too much. The problem is that players, many times, do not return to their starting positions until the ball is released or play is stopped by the referee. A bit enervating.


But there are many other things that should be said. Honestly, it seems to have gone back to the old FIFA for DS when the excuse was the console. If it were the Switch the problem, that it was said regardless. "We are unable to give you a game on Switch like on other consoles". Ok! When I buy a game I will be aware. But not like this, not from a large software house that does not make us partakers of downgrade facts about the game and consequently makes us unaware of what lies ahead. Plus the fact that FIFA 18 doesn't seem to be on par with its predecessor, and it feels even more so when played on Switch. 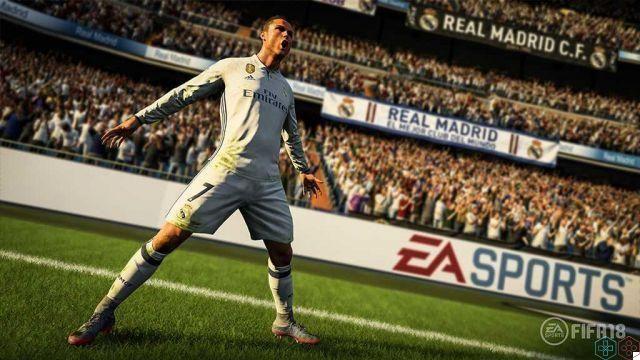 Anyone who buys such a game on Switch knows more or less what to expect, especially if they are a fan of Nintendo consoles. Who decides to buy FIFA 18 he knows he will be able to take advantage of the portability of the console to get the most out of the game. By now, months after the release of the console, many know that portability is often synonymous with the lack of an internet network. Do not worry, we will abandon the FUT for the most innovative Travel of our dear Hunter. But instead ... no!

In what may be the most important console to put this function into, it doesn't fit. Bad EA choice. How to take advantage of the hybrid if not with offline modes? We sincerely hope that there is the possibility of inserting the mode with a future update, even if it is really "heavy". The hope is given above all by the fact that the same FUT and the online seasons, present on the Switch, are not having much success given the very low number of users on Nintendo consoles. In addition, not even the online was managed in the best way. A huge lack is the inability to challenge a friend online. The invite button is missing!

The differences between Switch and PS4 / Xbox One

The absence of “Il Viaggio” in this version is due to the fact that the Frostbite Engine. EA points out that this lack is due to the Switch's hardware, too little powerful to support the engine (?). In FUT, then, the brand new ones are missing Squad Battle e Weekend League. In this way, players will not have the ability to quickly accumulate credits and gold packs like those who play on one of the other home consoles. Also, still in FUT, some of the modules most used by fans will be missing.

Another lack, we said, is the possibility of playing online with a friend. This was capped by the ability to play in local with two consoles nearby. Always in the offline, in career mode we may not use different options, such as the release clause and other different actions when negotiating with players. 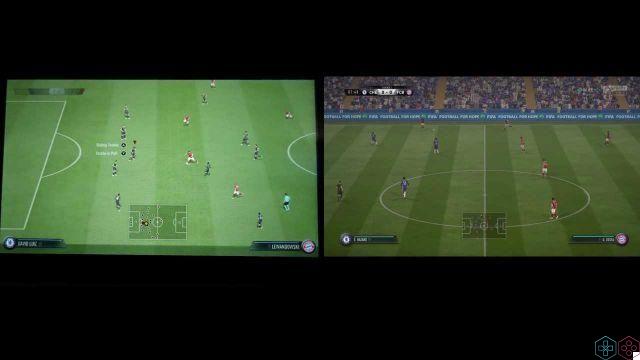 What's good in FIFA 18 for the Switch?

I don't want to talk about the graphic sector as I cannot compare the hardware of the Switch with that of the other consoles (also because, I must say, I expected a much better performance). Consequently, at this point, I just want to talk about what's in favor of the game. Audio advertising, whether it is the commentary or the background fans, it is very appreciable. Like the predecessors, in the menus we will be accompanied by different kinds of backgrounds that are more than pleasant.

Another point in favor is granted by the Switch and its own portability. It is still a pleasure to play FUT online anywhere in the house, if one feels like it. In the absence of the internet line, it is still a plus point to be able to continue our Coach Career (in which small imperceptible options that we find in other consoles are missing) while we are in flight or on the train. Last point, again thanks to the console, is to be able to play around with a friend with one Joy-Con each.

FIFA 18 and Switch, the verdict

FIFA 19 review: it's time for football that matters! ❯

add a comment of FIFA 18 review: take away football on Switch