FIFA 19 review: it's time for football that matters!

FIFA 19 refines the winning formula of Electronic Arts and enriches it with a series of novelties in terms of content and gameplay, bringing the series to the highest point ever. Let's find out more in this review

In the year that PES 2019 is awarded by the international press for the incredible progress achieved in the realism of simulation, the new FIFA 19 is called upon not to disregard the expectations of the millions of fans around the world. The strengths of this new football iteration of EA Sports are still those of the past years, attributable to one infinite amount of content e fun and exciting game modes in both single player and multiplayer online and offline. The full license of the UEFA Champions League and some relevant gameplay tricks complete a package that year after year has seen gamers crown FIFA as the best football simulation. Will the guys at EA Sports manage to raise the Winners' Cup once again? Let's go into the Full review to find out.

FIFA 19: the Active Touch System will force you to learn new mechanics to be competitive - Review

If you are a long-time gamer of the FIFA series, once you have taken the pad in your hand and after having thrown yourself into a game, you will immediately notice big differences in the gameplay mechanics, in contrast to the excessive similarity of recent years. FIFA 19 in fact introduces a new control system called “Active Touch System” which focuses on ball control and in particular on the direction of the first touch, amplifying the feeling of realism. One of the aspects that have always been criticized about FIFA concerns the excessive speed in the game actions that concerned the previous chapters. FIFA 19 not only intervenes with a straight leg slowing down the game speed but it almost completely eliminates the possibility of starting from the defense and getting to the opponent's goal with skills. This is because the defensive system is strongly based on melee contrasts and only a skill performed at the right time can create a favorable situation.


At the same time, the mechanics and dynamics of shooting have also undergone a change, with the introduction of the “Timed Shot”. After pressing the shot button, repeated pressure with the right timing can decide the fate of the shot, increasing or decreasing its strength and effectiveness depending on the timing. On balance it is not a very easy mechanics to assimilate during the first few bars due to the variability of the perfect timing, unless you activate the Trainer and the appropriate visual indication. Also completely redesigned i low shots and of cross cut, more spectacular and effective than ever (except for the effectiveness of corner kicks kicked at the near post, now an inevitable bug in the FIFA series). Finally, as regards the gameplay, there is a tendency to underline, one could even say exaggerated, to acrobatic evolutions. Defenders, midfielders and forwards find themselves making overturns in the most disparate situations, even when it would not be necessary. Spectacular yes, but up to a certain point!

FIFA 19: the apotheosis of quantity - Review

We said it in the introduction, the luck of FIFA is to be attributed, among other things, to the huge amount of content and game modes. FIFA 19 is no different indeed, it is certainly the most complete football videogame ever thanks to the beloved mode FIFA Ultimate Team enriched more than ever with prizes, to the Uefa Champions League and a variety of simple kick-off variations that will make playing games with your friends even more interesting. Going into detail, you will have the possibility to set: "Pull from outside" in which the goals scored in the penalty area are worth 1 while those scored from outside are worth 2, "No rules" in which fouls and offside are excluded from the regulation, "survival" in which every player in goal is eliminated from the game, "Head shots and flying shots" in leather only goals scored with the ball in the air are considered valid e "The first to .." in which the one who reaches a preset goal threshold wins. 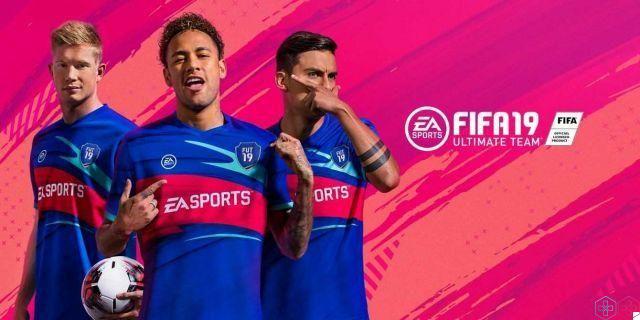 For the third consecutive year, it is included in the varied roster of modes "Travel", the long odyssey of Alex Hunter towards the pinnacle of fame and football success. In this third and final evolution (of this trilogy), our champion will finally come face to face with the strongest of international football against the prestigious backdrop of the coveted Champions League. The real novelty introduced by this chapter is represented by the possibility of living and playing video games as Kim hunter (sister of the protagonist) e Danny Williams (already known profile of the series) in addition, obviously to Alex. Following the three different plots inside and outside the field guarantees several hours of entertainment, seasoned with a series of well-made cutscenes with a strongly cinematic imprint. Not bad for a video game considered by many only for online but that manages to give its best even when you don't have an internet connection available. 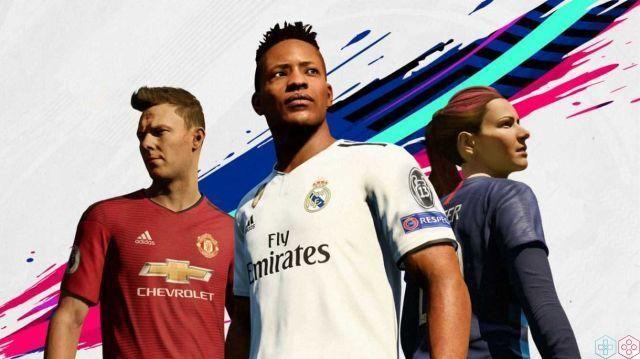 FIFA 19: were it not for those little resembling faces .. - Review

Il graphic sector of FIFA 19 embodies the cross and delight of this title. On the one hand, the graphic realism in the reproduction of the stadiums, in the emphasis of the audience in the stands, in the lighting and in the animations seems to have reached the maximum that this generation of Frostbite can offer, capable of guaranteeing a very high identification. On the other hand, the little resemblance in the reproduction of the faces of less renowned players the most evident defect still remains that breaks that sensation of immersion mentioned above. In all this there is a physics engine not yet perfect, albeit much improved compared to the past with contrasts at the limit of the laws of physics significantly decreased. 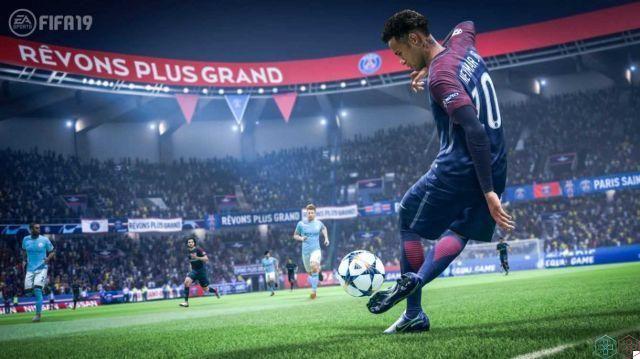 La FIFA 19 commentary is once again entrusted to the duo Pardo-Nava which confirms the good things we have already had the opportunity to appreciate in recent years, even if we feel the need for a general rejuvenation. Unfortunately, one thing we didn't really like is the frenetic repetition with which Pierluigi Pardo, from the 60th minute onwards, asks Matteo Barzaghi (the man on the sideline) how much he is missing at the end of the match. Poor Pierluigi, his stopwatch was probably stolen from his commentary booth.

FIFA 19 it is a title that fails to reach perfection solely because of the gaps exposed in this review and that, in the rest of the offer, reaches a very high quality level, thanks to a refinement work in place for years on a winning formula . L'huge amount of content will give you hundreds of hours of pure fun in the company of your friends as well as alone.

FIFA 19 - PlayStation 4 21,51 9 ALL THE ESSENCE OF FOOTBALL IN THE MOST FUN AND FULFILLING FORMAT

add a comment of FIFA 19 review: it's time for football that matters!