Far Cry 5 review: lots of news but nothing new

Far Cry 5 surprises with a gameplay full of novelties and with a lot of things to discover, but it does not invent anything really innovative. In this Far Cry 5 review we will see how a well thought out video game can entertain even without surprising

The title of Ubisoft Montreal and Toronto manages to entertain the player with mechanics (almost) never seen in a Far Cry but that gamers know well.

A coop system, binoculars, valid adventure companions are the recipe for the latest effort by Ubisoft. Game mechanics that we have already seen, even if used in a different way, in other titles of the software house in question. 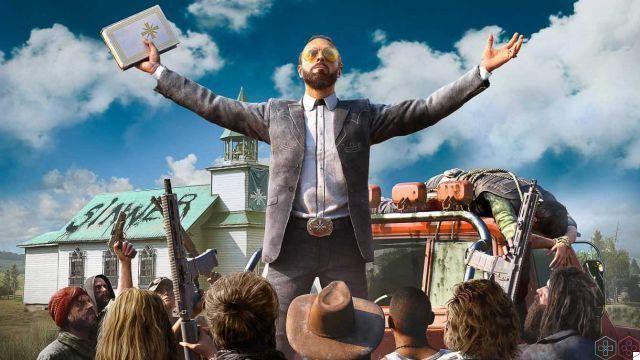 Far Cry 5: a plot that mixes the sacred and the profane | Review

The new Far Cry she has a mystical story in her veins. A holy man "father" of a sect that sees in the world a den of sinners, a handful of soldiers, three generals in command of three areas and many, many weapons available.

As you have noticed, I have not talked about the character we are going to use to defeat the sect I mentioned to you. Mine is not a deliberate lack but more a necessity dictated by the game itself. If the Far Cry series has previously accustomed us to more or less charismatic characters and with a detailed background, in this new chapter we have chosen to put aside the protagonist's past to leave room for the player's identification.

Our digital alter ego will not utter a word for the duration of the game, it will not be seen on any occasion except during the creation of the character himself, another novelty for this series, everything leads to a higher level of identification. but at what price?


The story of Far Cry 5 it all revolves around Joseph Seed, head of this "family" of insane people who kidnap, torture and drug those who oppose their will! A charismatic character who from the very beginning seemed to be able to (finally) stand up to comparison with Vaas, one of the most charismatic and unattainable "bad guys" of the series, and probably of the videogame world. Unfortunately, however, from the comparison it is once again the newcomer who comes out with broken bones.

Our character, also accompanied by a support team, is in charge of arresting the notorious criminal but as it is obvious to think not everything is going as it should go. The story of Far Cry 5 is all here: there are no elaborate subplots or heartbreaking stories, just a story depending on the gameplay. Story that has some narrative peaks but that does not mark the player in any of the three available endings.

Il gameplay di Far Cry 5 does not bring great news, but successfully reuses game mechanics already seen in other titles. The ability to play co-op is certainly a welcome addition that could also prompt you to replay the title after finishing it in single.

As we have come to know in other titles Ubisoft, such as Ghost Recon Wildlands, the possibility of having companions in battle can greatly increase the enjoyment! The possibilities of choice are really many, you can choose between many support characters that you will unlock following their missions. Each of them will have unique features that will suit your play style.

Whether you are a lover of stealth or an experienced Rambo, fear not! There will always be the right character for you. If I have to be honest, during my hours of play I preferred the two animals to the others: Puccettina and Cheeseburger, respectively puma and brown bear. I don't want to tell you anything about them so as not to spoil the surprise but know that the charisma of all the supporting characters will surprise and amuse you.

One last thing to know about supporting characters is that they won't always shine for their intelligence, but luckily Ubisoft has seen fit to program the game in such a way that if one of them is surprised by the enemy, the alarm will not go off for you. Combine this with the ability to assign positions or enemies to take down with your binoculars and you have the right mix of support and laughter. 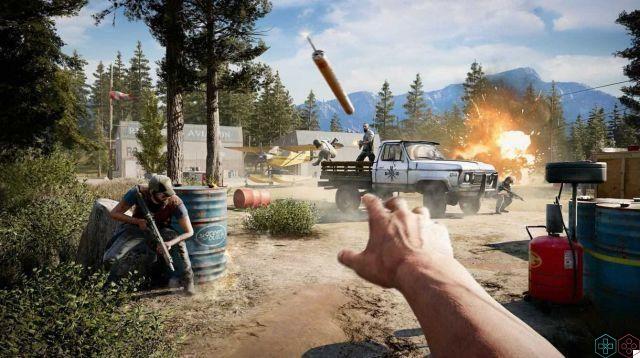 As you could have guessed, the fulcrum of this last chapter of the Far Cry saga is not the plot, which although enjoyable, does not shine in a panorama full of video games with the most marked storytelling. The real benchmark for Far Cry 5 is the gameplay!

An absolute novelty is the system in which the information of the game map is obtained. Ubisoft jokes with the player by making him climb a turret, in the pure style that we know well, but immediately afterwards through a radio message he makes us understand that that will be the first and last time we will make that gesture.


The portions of the map are in fact hidden in outposts to be released or sold by hunters around the game world. In short, we say goodbye to the synchronization that we have seen in the old chapters of the series, in the wonderful Assassin's Creed Origins or in the Arkham series.

The title we are talking about is an open world, sand box. In fact, the map, although divided into three macro areas, each with a boss to defeat, can be reached with a solution of continuity. There are no intermission or cut-scene uploads whatsoever.

The variety of weapons is a very valuable aid to the longevity of the title, you can choose between: bow, submachine gun, pistols, assault rifles, precision, rocket launchers and flamethrowers. Even the gunplay does not behave badly and the semi-assisted aim means that the view, totally in first person, makes you fully enjoy all the weapons.

Obviously there is no shortage of secondary and tertiary missions in this Far Cry 5. The outposts to be freed are an unmissable classic and hunting and fishing trips are accompanied by searches for treasures. In short words there's just no risk of getting bored in this Far Cry 5!

To be able to move around the vast game map, you can use the fast travel or the countless means of transport made available to you including: cars, seaplanes, quads, trucks, helicopters and other means of locomotion of every shape and nature. 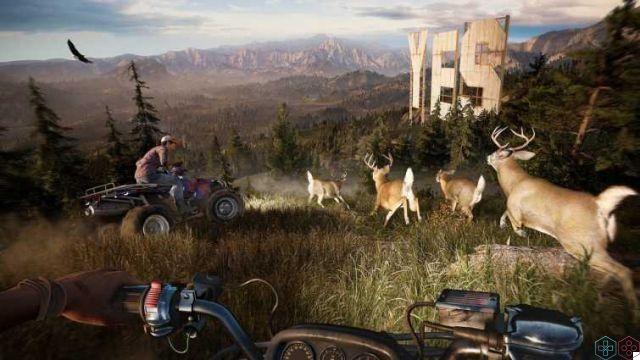 The excellent gameplay di Far Cry 5 it is accompanied by a respectable technical section. We found no noteworthy bugs and the texture quality is very good.

The vegetation as the models of the characters have nothing to envy to other productions released in the last period. In our tests, which took place on PlayStation 4 Pro, we found no defects whatsoever except for some delay in loading some models while using the helicopter. Obviously it is a more than negligible defect, a slight pop-up effect, when traveling large portions of the map at high speeds, cannot in any way affect the quality of a title.

A small drawback if we want to find one, on a technical level, is the duration of the uploads. The first one which obviously serves to load the entire game map is very long but negligible, the same cannot be said of those that have to be faced in game.

At each death you will have to put up with a load that if up PlayStation 4 Pro lasts more than a minute and in all likelihood will make standard PlayStation 4 players hope they won't die. Not so much for fear of having to restart the mission but for not having to undergo yet another interminable loading. 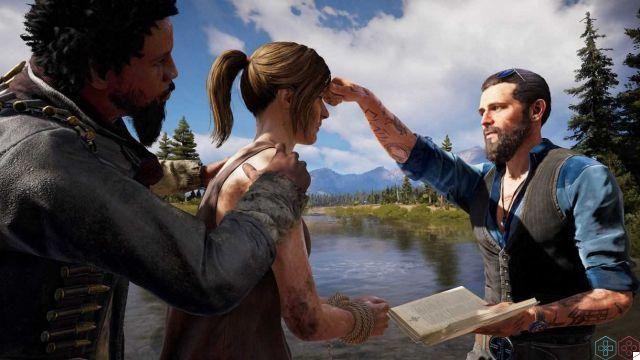 In conclusion Far Cry 5 is a good title in many respects. The plot could have given much more but the interlude scenes only partially manage to involve the player in the history of this sect.

The gameplay is varied, full of old glories and novelties that rejuvenate a brand that has been entertaining us for many years. The great variety of weapons, vehicles, main and secondary quests and extra activities give the title many valid reasons to be bought and played, if in coop even more, for old lovers of the saga and those who want to approach the first time in this series.

Also I recommend you take a look at the guide: Far Cry 5: best skills to unlock!

Farming Simulator 19 review: back to the countryside ❯

add a comment of Far Cry 5 review: lots of news but nothing new