Encased review: a journey through a future past

In this review we will talk about Encased, the sci-fi RPG developed by Dark Crystal Games and financed by a crowdfunding campaign

In recent years, the crowdfunding it has proved to be one of the most effective tools for obtaining funds for the realization of a creative project; through it, creatives also have the opportunity to immediately build a dialogue with their audience. All of this is especially true with regards to the independent sphere of the videogame industry, in which the comparison between developers and players is essential for the construction of projects.

It was born from a crowdfunding campaign Encased, the game we will talk about in this review. It is a project that draws inspiration from the classics RPG with isonometric graphics, like Baldur's Gate and the first Fallout, and that it sets out to build one sci-fi setting original inspired by the classic of science fiction literature Roadside picnic (formerly the main source of reference for the STALKER saga). Let's find out together he was able to combine these elements in order to create a video game capable of leaving a positive memory in the mind of the gamer.

A future that tastes of the past

The game is set in an alternate version of the 70s, in which the Cold War between the United States and the USSR was abruptly ended by theappearance of the Dome, an area rich in resources never before seen on earth. As mentioned in the first part of the review, this idea comes from a famous novel but, unlike the original material, in Encased this area delimited by a dome is located on American territory and is taken over by Cronos Corporation private company that, through the excuse of scientific research, begins to generate profit from the sale of finds from its interior.

To get the precious materials out of the area it is obviously necessary that people work inside it, even if entering this environment is certainly not something to be done lightly. Gods are frequent in it phenomena at the limit of the paranormal, capable in some cases of being lethal for the human being. Then, for a reason not yet discovered, those who enter the Dome are no longer able to live outside it and, consequently, the transfer inside it is to be considered final.

The pioneer population, made up entirely of Cronos Corporation employees, is divided into net categories, highlighted by the type of contract drawn up with the company. There are scientists, attracted by the possibility of studying this new environment, the engineers, whose job is to bring human technology inside the dome, i officials, representing Cronos and administering power, i militari, called to maintain order within the area, and workers, gathered among the prisoners and called to carry out the most dangerous and probative tasks. 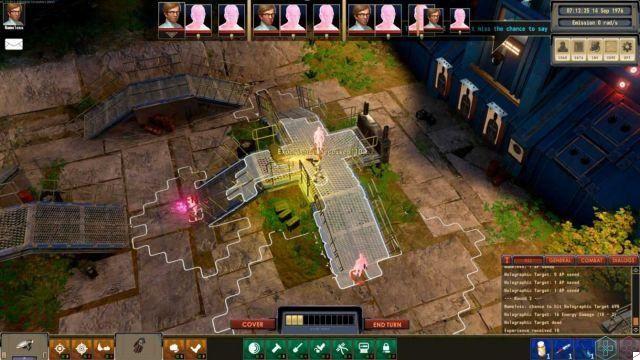 In keeping with tradition - Encased review

The first aspect of the gameplay di Encased (which we will analyze in this review) with which the player is called to confront is the character creation. Through it, we have the opportunity to immediately get an idea of ​​the depth that characterizes the title. Already in the building your own avatar, in fact, we are faced with various variables, ranging from the choice of social position to the definition of talents, which will prove to be fundamental for the definition of the gaming experience.

As for the exploration of the world and the interaction with the environment, the title uses the system of classics from which it is inspired, but perhaps makes excessive reliance on the written text. Despite this detail, it still manages to involve thanks to the diversity of the spaces that can be explored and the numerous possibilities of interaction that they contain. Also noteworthy is the crafting system, clearly inspired by that of Divinity: Original Sin, through which you are encouraged to fully explore each location and experiment with formulas and materials.

Il weakness of the gameplay of Encased is undoubtedly the combat system, which is uses a division by turns, within which each character has a certain amount of points to spend. Each action involves the use of a different number of points and, if there is no need to use them all, you have the opportunity to invest the advanced ones in strengthening the defense. This structure makes the dynamics of the clash cumbersome, especially when this involves a large number of characters, and forces the player to waste time calculating the number of actions he is able to get in each turn. 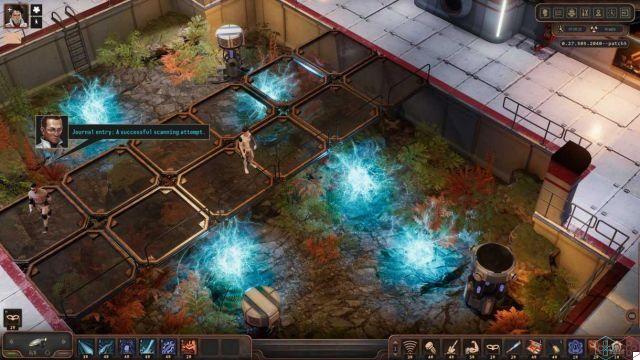 At this point in the review, we are called to talk about the real strength of Encased: his setting. It is based on a retro-science fiction idea, in which the aesthetic of the future is inspired by that of 70s America. The general tendency to decay and the purely fantastic elements blend well within this trend and give a mysterious charm to the environment.

To make the visual aspect of the game even more interesting there is the uniqueness of the various areas, which are distinguished from each other both by the natural aspect and by the type of unnatural phenomena than that they resort to. The latter, in addition to making the places in which they take place unique, make the exploration experience more dynamic.

The game uses a 3D graphics engine but opts for the typical point of view of Isonometric RPGs. Unlike the classics of this genre, in this case, however, there is the possibility of rotating the camera and, consequently, of the environment through different points of view. This last possibility is particularly convenient for identifying the objects with which it is possible to interface, which on several occasions are deliberately hidden. 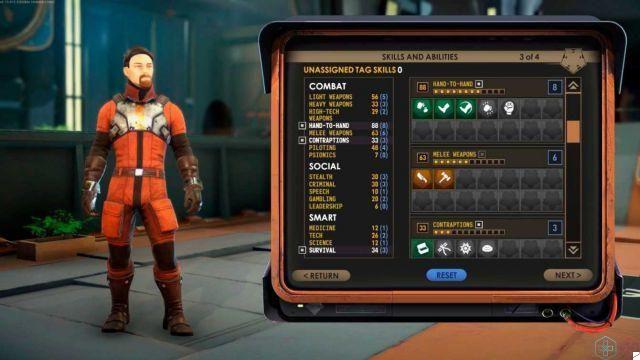 At the end of this review, we are called to take stock and give an opinion to Encased. Despite the flaws listed above, this can only be the case positive; although it is certainly not a perfect game, the title developed by Dark Crystal Games manages, thanks to its refined and detailed setting, to give the player a satisfying gaming experience.

The gameplay, as mentioned, is not always up to the situation, but it does not present within its mechanics such criticalities as to make it become a problem. It is also necessary to take into account the fact that Encased represents thedebut for this development team, which despite the lack of experience was able to create a professional product in line with the quality offered by the market.

Encased was released on September 7th and is available for PC, PlayStation 4, Xbox One and Nintendo Switch. Keep following us on techigames to read reviews, previews and insights dedicated to the best games of the present and the past. If you are interested in buying this or another title, we suggest you take a look at the vast Instant Gaming catalog.

Ender Lilies review: Quietus of the Knights for Nintendo Switch, before the terror of Metroid Dread ❯

add a comment of Encased review: a journey through a future past