In this review we will talk about Deck of Ashes, an interesting hybrid between a Deckbuilder and an RPG

Deck of Ashes is a RPG card game with some roguelite elements developed by the indie software house IS Games. Card games are part of a fairly small niche and for this reason fans of this genre are always looking for a good title to play with. If Deck of Ashes has piqued your curiosity and you want to know more, then our review is for you.

The curse of the ashes

Unlike many other games in this genre, Deck of Ashes offers a linear storyline. The title is set in a fantasy world that hit the Ash Curse, a terrible calamity that is corrupting everything. This curse was caused by the actions of the Outcasts, 4 ruthless outlaws who tried to gain the power of the Goddess of death unsuccessfully and who are now afflicted with terrible suffering. Led by a mysterious individual called Ash Master, these anti-heroes will once again embark on a journey to the realm of death for look for a way to break the curse.

The storyline is a very secondary element in this type of games and even that of Deck of Ashes is not particularly brilliant, but overall it is quite pleasant. In particular the story of the protagonists is really very interesting and by playing them you can learn more about their past. Also, after you complete the main story with each PC, you can play a further chapter of a very nice and funny epilogue. 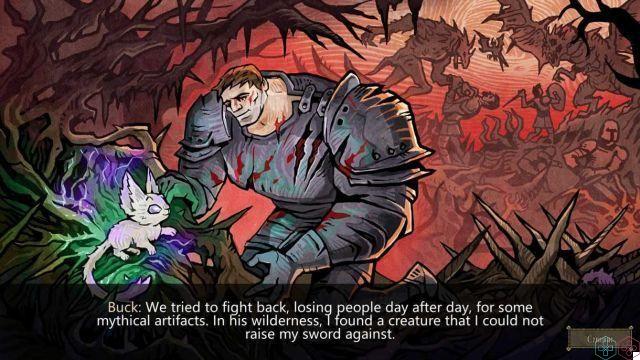 The Rules of the Game - Deck of Ashes Review

The gameplay of Deck of Ashes is very similar to that of many other games in this genre, but with some interesting differences. The fight takes place in turns and each time it is your turn you can play cards until you have finished the mana available. During your turn you can decide what to do with the utmost calm and you will also have the opportunity to observe in advance the moves of the enemies, so that you are ready for anything.


Altogether you can have up to 10 cards in your hand at a time, but you can only draw if you have less than 6 or if you use some particular effect. Fortunately, however, in case you do not have a favorable hand, at the end of each turn you can decide to put up to three cards at the bottom of the deck to then fish again.

Let's now pass to the most particular mechanics of the game: the Deck of Ash. Each time you play a card it will be sent to the Deck of Ash, a sort of discard pile. Once you land in this deck cards can no longer be drawn and the only way to retrieve them is to use a Ash Pact. The Ash Pact is a particular card that will be given to you every time your deck empties and allows you to regenerate some cards at the cost of a large chunk of your HP.

This mechanic will make you think for a long time before playing an e card paves the way for different styles of play. Some players may decide to create a particularly large deck, so as not to have to use the Ash Pact often, while others may focus a lot on healing and create a strategy around the frequent use of the pact. The only flaw is that the mechanics turn out extremely punitive in the early stages of the game and risks discouraging newbies. 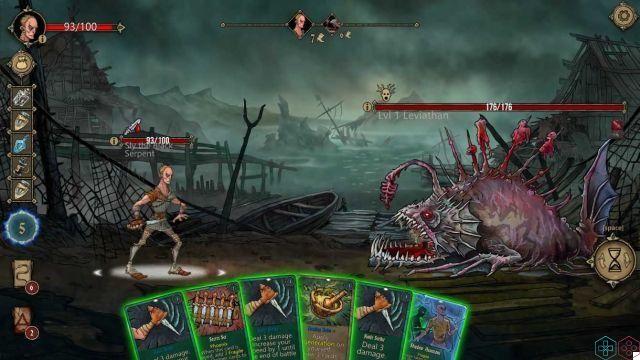 A key element in card games is variety, and Deck of Ashes really has it to sell. In total the game delivers 4 playable characters and each of them owns its own really huge set of cards. Also, every time you finish a game you will accumulate coins that can be used for unlock new ones. A large number of different cards is essential for creating very varied decks, but this is not the only difference between one protagonist and another.

Except for the sorceress Lucia, who is the most classic character, all other anti-heroes will have their own unique mechanics. Killer Sly is capable of hear the voices of the dead gaining malus or bonus, the warrior Buck fights alongside a fearsome magical beast which gets stronger as his anger increases and finally the jester Magnus is able to change shape every three turns. These unique features are also reflected in the card effects and make the experience with each character always fresh and new.

Moreover even the enemies are very different and not just in terms of the outward appearance. Lots of bosses take advantage of unique mechanics and even some common enemies will be able to use some rather original abilities. 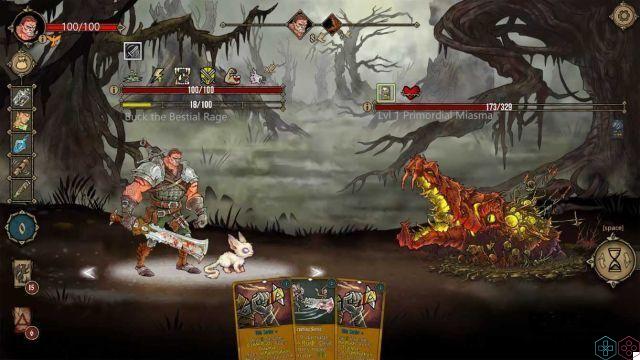 Journey to the Realm of the Dead - Review Deck of Ashes

Despite having some element of roguelite, the main mode of this title is a very linear sort of campaign. To complete this mode you will need overcome three different areas randomly chosen from a small pool. These areas will get bigger and more dangerous as you progress through the countryside, but in terms of structure they will always remain identical. The main difference between one area and another is given by the enemies who live there, for example the fishing village will have many coastal areas with sea monsters and a Leviathan as a boss.


At the beginning of each level you will always start in yours camp, a safe place located in the center of the map where you can heal, upgrade, restore wasted cards, etc. To move out of this place, you will have to select the box you want to move to from the map. Depending on the marker, a point may have a fight, a treasure, a dungeon, an event, or some relics. Relics in particular are very important, as after you extract them you can use them for strengthen the structures of the camp, for example, allowing you to use some very useful functions such as the renewal of the cards of the Deck of Ash more effectively off the field.

To complete a level you will not have to explore everything, but just wait for the boss to come and fight you. Any action you take within the map it will take an hour of gameplay and after a certain amount of time the boss will attack you. Your goal is to explore the area and gather resources to upgrade yourself, so that you are ready for the bossfight. This mechanic is very nice but over time it risks becoming a bit boring, since if you are good enough you may want to fight the area leader right away, and to do so you will be forced to spin until the time runs out. 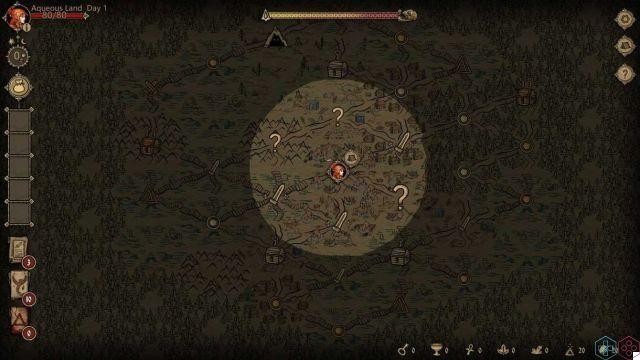 In a title like this clarity is very important and from this point of view Deck of Ashes is extremely lacking. For example, during fights by checking the cards in a deck they will be shown as one chaotic list of names flanked by very small images. Or often there will be many enemies on the enemies very bulky and unclear markers which will only confuse the player.

In addition there are serious problems regarding it as well the arrangement of the texts. Very often the names of some enemies will be too long and will end up overlapping the HP bar or the attack indicator. Moreover, during the game you will often find yourself activating many events without illustrations which will be explained to you simply by a line of text with a truly anonymous font. This lack of care in the interface tires the player a lot and in the long run it even risks damaging his experience. 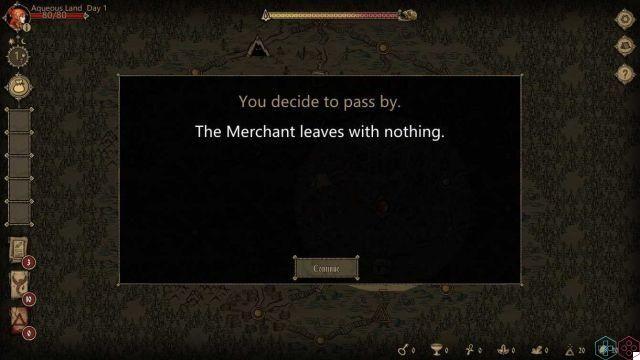 Deck of Ashes designs have a style that certainly may not please everyone, but it must be admitted that the enemy designs are really well done. In the game they are present more than 50 creatures and each of them will be immediately recognizable. The style of the enemies fits perfectly into the game world and even the backgrounds are really well done, but unfortunately the animations are nothing exceptional.

As regards the technical side instead, Deck of Ashes is a very light title that didn't cause us major problems during the test. The only flaw lies in the uploads, which are sometimes too long and risk crashing. 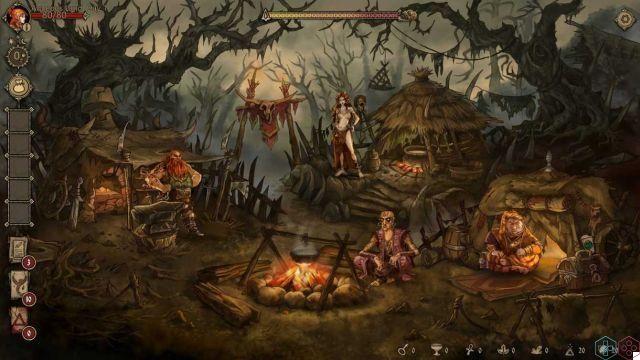 Deck of Ashes really is an excellent deckbuilder which boasts a lot of variety both in terms of card combinations and enemies. The interface problem penalizes him a lot, but despite this it still remains an excellent title. Unfortunately, given its complexity and chaos, not at all suitable for newbies, but if you are a lover of the genre for sure you will be able to appreciate it.

Deck of Ashes and available now on PC. If you are interested in staying up to date with all the news on the world of video games and much more, then keep following us here on techigames.

add a comment of Deck of Ashes review: playing cards with death