While waiting for Darksiders III, we recover its prequels in remastered versions for PC, PS4 and Xbox One. Will Darksiders II Deathinitive Edition be a title worthy of the original? Let's find out together in this review

Darksiders III took a long time to wait. After this long wait, November 27 will finally be with us. In the edition Darksiders III Blades & Whip Edition the previous chapters of the saga will be included in the remastered versions. We have already dealt with the review of Darksiders Warmastered Edition and now we are going to examine Darksiders II Deathinitive edition.

Darksiders II is a 2012 title released on previous generation consoles. The remastered version came out in 2015 in a completely unexpected way. It was an experiment by the developers to test the ground for the eventual launch of the third chapter. But leaving out this interesting historical fact (which we have already talked about in the Darksiders Warmastered Edition review) let's examine the title.

Darksiders II Deathinitive Edition is set parallel to the first chapter of the saga, focuses on the second horseman of the apocalypse, Death. Death's adventure is more inspired than that of the first knight. The plot sees Death in a path of redemption not dictated by the needs of the events but by the desire to save his brother and the souls he trapped in the past. This will start a long journey through different worlds with a very vertical evolution of the character. 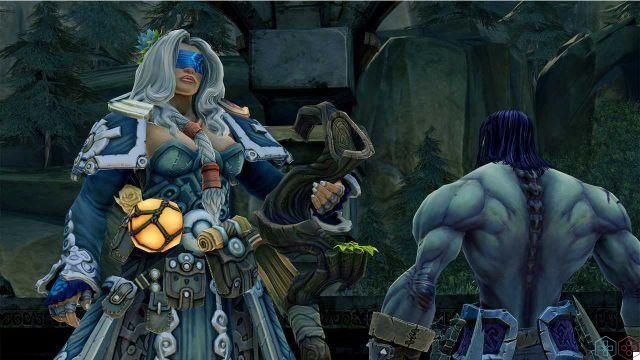 The narrative peaks of Darksiders II will be difficult to overcome for the third installment of the series. The very concept of sacrifice for redemption, the cornerstone of the series, is expressed in a sublime way thanks to the narrative style of the vicissitudes of Death. The empathy with which the title manages to bind the player to itself is truly exciting. Unfortunately, Darksiders II suffered from several technical problems at the time. The settings and general fluidity of the title were largely compromised by the hardware of the older consoles, where frame-rate drops were almost omnipresent. Will the remastered succeed in bringing Darksiders II back to glory?

Remastering a title like Darksiders II is certainly not easy, even less considering the purpose that this remastered wanted to have. Basically, compared to the first Darksiders the game mechanics are totally evolved. Death has a very complex level up path available, combined with a series of combos and upgrades, unlockable during the adventure, which are the core of the Darksiders II combat system. Precisely because of the excellent game mechanics, these have been repeated 1 to 1 in the remastered. After all, this combat system, and consequently the gameplay of the title, has aged really well, to the point that still today it does not feel the weight of the years, remaining perfectly enjoyable.

From the graphic point of view, however, we are witnessing a real revolution. The landscapes of Darksiders II were, already at the time, very inspired. Now in Darksiders II Deathinitive Edition have become very usable: you can spend several minutes observing the landscape just for the sake of looking at that dark and fantastic world that characterizes the saga. DeathInstead, it seems totally reborn thanks to a better management of facial animations, which give it greater expressive depth. 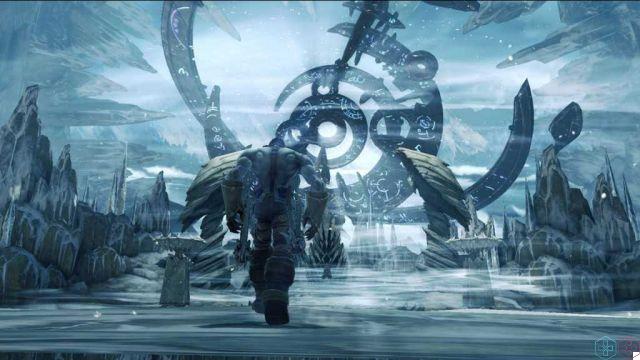 Even today, in this remastered, there remains a small, but frequent flaw: the frame-rate drops. More than 10fps sequences, as in the past, we notice a slight slowdown of the scene from time to time. The slowdown lasts less than a second, but that is enough to make our eye perceive a fluidity that is not excellent. We are talking about a small detail, present in the Xbox One version of the title, which some probably won't even notice. Finally, let's say that from the point of view of fluidity, Darksiders II Deathinitive Edition is slightly below the remastered of the first chapter (released in 2016). 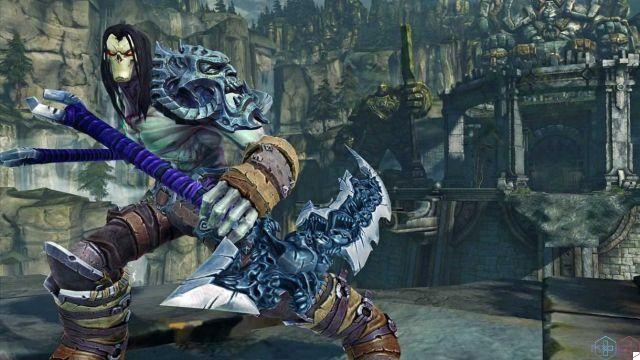 Darksiders II Deathinitive Edition: the return of the series | Review

The work done by the developers on Darksiders II Deathinitive Edition is really noteworthy. It's a really well done remastered, totally faithful to the original but reborn in everything else. As noted, it has some frame-rate stability issues on Xbox One S, but nothing tragic. On the other hand, what is surprising is the graphic rendering of this edition compared to the original.

Darksiders II Deathinitive Edition represents an excellent opportunity to relive, on your own skin, the story of Death. It could be a good option while waiting for Darksiders III and also an excellent insight into the plot of a series that is finally back with us with the new chapter!

Darksiders III review: the apocalypse is back! ❯

add a comment of Darksiders II Deathinitive Edition review: the return of Death