Buckle up and get ready for the return of hellish adventures. With this review we will retrace the events of Darksiders 3's Fury, recently also released on Nintendo Switch. Will the game be able to make a good impression, despite the compromises? Let's find out below!

Released almost 2 years ago, the third installment of the Darksiders series has received generally positive reviews, thanks to its ability to bring a breath of fresh air to a popular action series. After the first two chapters as the Knights of the Apocalypse War and Death, with this third adventure we will play the role of Furia, third Knight, who will be given the important mission of tracking down, defeating and capturing the Seven Deadly Sins.

The whole was accompanied by a combat system totally renovated, which was praised by critics and audiences. In short, after seeing the game in action on home systems, here it was recently published the Nintendo Switch version. Our focus in this review will be more of nature technique, that is to analyze the strengths and weaknesses of Darksiders 3 for Nintendo Switch, so you can understand if the game is for you. Enjoy the reading!

Some context for newcomers

Before we dive into the heart of this review of the Nintendo Switch version, it is time to explain the narrative context of Darksiders 3 for newcomers and novice players. As mentioned before, in this third installment of the action series started way back in 2010, the player will impersonate Fury, one of the four Horsemen of the Apocalypse.

The events take place concurrently (in part) with those of first Darksiders: during the conflict between Heaven and Hell, while Guerra is detained from the Arso Consiglio waiting for them to judge his alleged betrayal, the latter decides to send Fury to Earth, with the aim of destroying the Seven Deadly Sins, momentarily escaped from the Underworld. Starting from these premises, then the adventure of Furia will begin, which, in the course of his hunt, he will discover various secrets that will change the cards on the table. 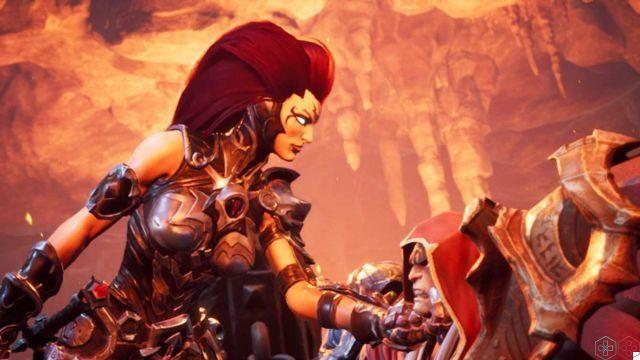 We have already talked about how the game works in the Darksiders 3 original review (which you can find here), but in any case let's quickly retrace what it is. Suffice it to know, for those who have already played it, that Darksiders 3 for Switch is presented at a playful level in a completely identical way compared to the counterpart for fixed console, offering le same modalities and the same features.

We will then find the same combat system third-person action (with the possibility of enabling the classic combat system, introduced after the release with a updating and more like the first two Darksiders, for the more nostalgic gamers). If you initially start with only one weapon (i.e. the mythical Whip) and with few combos, which makes the first fights a little too repetitive, as you progress through the game you will unlock several elements that will allow you to vary your arsenal, making the combat system more interesting.

During your trip to the 5 regions of the game (with an average duration of approx 14 hours), you will collect some anime thanks to which you will be able to do advance level your character al Vulgrim shop (spending i Attribute points in one of the three branches between Health, Strength and Arcane), to buy materials for the blacksmith or even some fragments that they will give you temporary power ups after consumption. In addition, throughout the story, you will unlock some important powers thanks to the Lord of the Cavities and also several new weapons, to reach a total of 6 weapons (upgradeable, in fact, by the blacksmith). 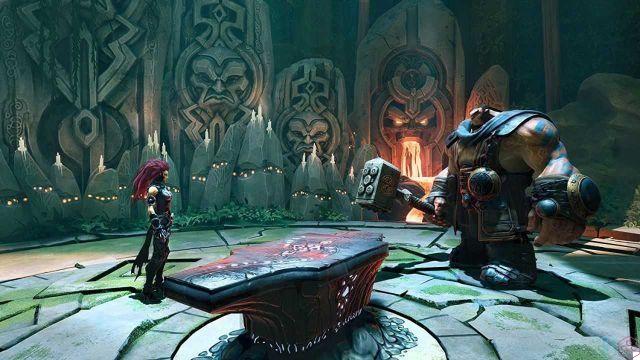 So let's talk about the most important part of this review of Darksiders 3 for Nintendo Switch, namely the technical sector. Focusing on the graphic side, it is impossible not to notice how the game is due to go down to significant compromises to be able to run correctly on the console of the great N. The typical style of the Darksiders remains very recognizable, net of a general downgrade that you will not be able to help but notice, especially as regards textures and resolution.

Speaking of textures, they are subject to some specific problems. It can happen, both in the game sections and during the cutscenes, that some graphic elements (including textures) are loaded while they are visible from the camera, generating a phenomenon of pop-up somewhat annoying. This is linked, in general, to the effort that the console makes load game elements to make them visible: you will also notice that most of the uploads (especially those after the game over) they will be excessively long, touching the minute of waiting. 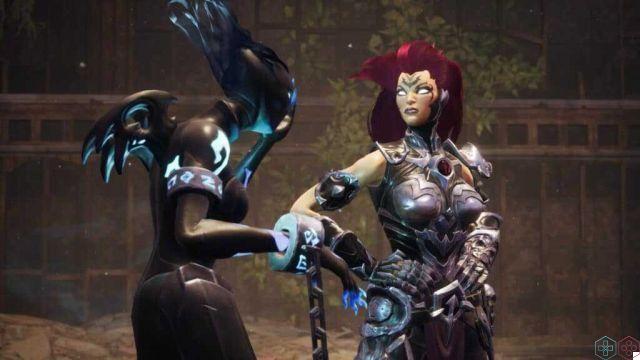 But what he suffered the worst blow from a performance point of view it is by far the framerate, which is problematic for a action of this type. Let's start from the fact that the game struggles to hit a fixed 30 FPS with a certain consistency: if in the first hours of the game they manage to keep up stably at a decent levelAs you progress through the campaign, arrive in areas with more enemies on the screen, the game will start to have gods drastic drops, to the point that the moments in which you will not be able to play correctly. The game can even reach, in moments of more excited action, a get stuck momentarily to finish loading all the necessary items.


Also, by extending the discussion to the duration of the game, have this shaky framerate and generally on somewhat low levels it is also problematic as regards the commands. The gameplay it is mainly divided into two parts, as happens with most of today's action adventures: there are the fighting, the beating heart of the experience, and some exploratory sections, where there are sometimes sections platform somewhat basic. There low responsiveness of commands, linked to the low framerate will lead on the one hand to make mistakes often the timing in the jumps, from the other to one artificial difficulty in the chain of combos, making fights unnecessarily more difficult. 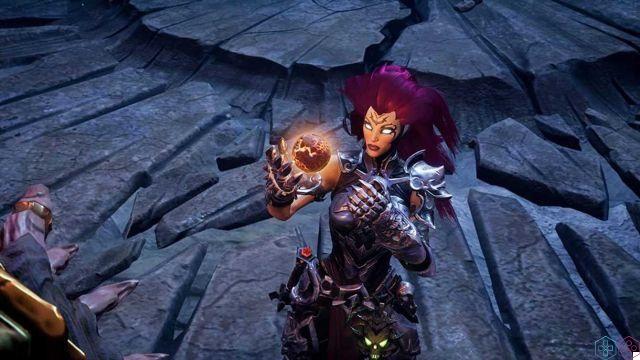 In short, all in all, how does Darksiders 3 behave on Nintendo Switch? In the light of an accepted chapter positively from audiences and critics alike, we cannot fail to point out how the hybrid console version carries with it big problems that heavily undermine the gaming experience. What most ruins the experience is the low framerate and build instability, breaking far too many the flow of the action in a game where it is fundamental. This, along with other technical aspects that don't make you cry a miracle, makes Darksiders 3 a porting failed for Switch. As happens with many ports for Switch, you could recommend buying it if you own Nintendo as the only console, or if you are attracted by the idea of ​​being able to play it in portable mode.

At the end of this review of Darksiders 3 for Nintendo Switch, we just have to wait for your response. What do you think of the game? Do you agree with this review, or are you of a different opinion? While waiting for your comment, we invite you to stay tuned to the techigames pages to stay updated on all the most important news in the videogame world. If you prefer to buy game keys at discounted prices, you can do so by going through Instant Gaming.

Death Stranding Director's Cut Review: Living is no different than being dead when alone ❯

add a comment of Darksiders 3 review for Nintendo Switch: experience the fury in portable mode