Death Stranding Director's Cut Review: Living is no different than being dead when alone

In this review we will analyze the Director's Cut of Death Stranding. Was Kojima's original work positively or negatively affected by this new version? Let's find out together

It was November 8, 2019, when for the first time, after years of speculation, cryptic trailers and videos of various kinds, Death Stranding, the work by Kojima Productions, was put on the market. Death Stranding has divided the user, between haters and worshipers. It has never been easy, therefore, to articulate even a single speech in the company of a few friends relating to this very title. What do you do in Death Stranding? What is your purpose? Do you really need to just deliver packages and go back and forth?

If you tried to reflect on the simple nature of these legitimate questions, one would also understand the complex nature of a potential response. We will try to answer these questions by analyzing, however, not the 2019 version of Death Stranding (of which we already have a full review), but one Director's Cut, which came out two years later and which we will deal with in this one review. Review that will focus on a key concept and absolutely essential to understand our speech; concept that can be summed up in one single word: experience.

"Death Stranding is not a game, it is an experience!"

An inference, this is that is the title to our paragraph, definitely unnerving and at times annoying, legitimate is clear, but dangerously lacking some concept and / or examination that can justify it. What matters most to us in this Death Stranding Director's Cut review, is to try to explain why, indeed, this game can also be considered as something that goes beyond the single (and very dignified) playful aspect. Many, before the release of this new version of the title, feared one distortion work.

We say it right away, as far as we are concerned (and the writer loved the basic version of Death Stranding) the nature of the title was absolutely not, and for no reason, affected by the innovations introduced in this Director's Cut. We are facing the same game, with the introduction of novelties from the point of view of the gameplay, from the point of view of the narrative and from the technical point of view; remembering that this version of the game is only available for PlayStation 5.

As previously mentioned in the opening paragraphs of ours review, of novelty in this Director’s Cut di Death Stranding there are and the thing we appreciated most is their nature DON'T invasive. Playing this Director's Cut gave us the feeling of: “If you want, you can…” intended as a possibility that the game gives you to change the experience. For this reason, and we say it right away, in our opinion this Director's Cut will be pleasant. both to those who have already played the first version of the title and to those who are approaching it for the first time.

There will be the opportunity to experience journeys in solitude, with the extraordinary ability that this title has to immerse you in a world that gradually becomes yours, and there will be the possibility of making these journeys more lively, through a faster progression and more immediate unlocking of gadgets, vehicles and weapons. It will then be up to you to decide what to use or not. Those who already know the story will be able to enjoy more of the surrounding subplots and the new side missions, which will add further narrative lymph to the title while maintaining the standards very high of a cryptic narrative but absolutely of the highest level. 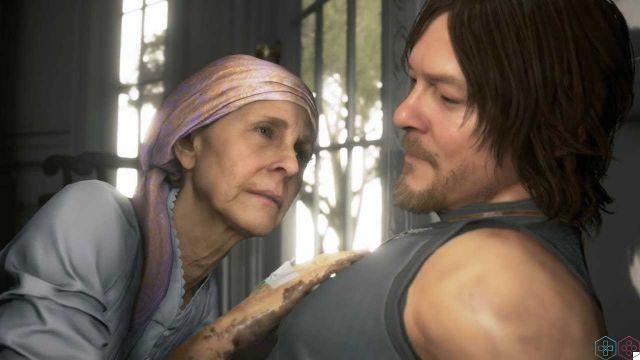 For those, on the other hand, who want to go straight to the end because they are a neophyte of the adventures of Sam Porter Bridges, they will clearly be able to do so, also taking advantage of the benefits of this new version. Management of the combat system slightly revised, with new weapons and new fighting animations by our Sam. The fights with the MULES will turn out to be more challenging while, dragging this defect even from the first version, the CAs will not (at times) turn out to be a real problem but rather an obstacle (also easily surmountable) to a faster resolution of a delivery or collection.

In this Director's Cut, a player is made available shooting range, in which to try and test the new weapons and act in situations created specifically for the occasion. It will also be possible to relive the nightmares of the CA, replaying the various boss fights and also introducing some rankings, thus keeping the strong social component of the game further alive and active. Another addition, moreover, that of car races, accessible after the construction of real tracks. 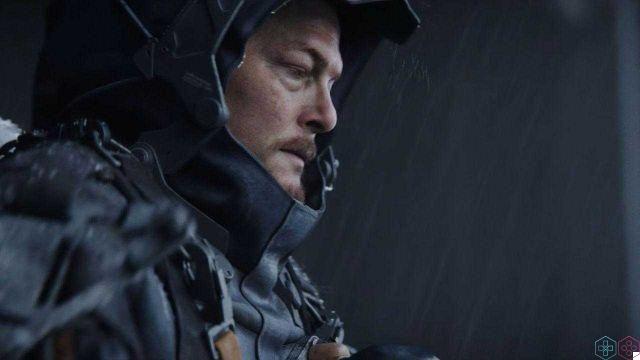 So far we have talked about experience (and we will continue to do so) and the ability of this game to make the player experience unique emotions and sensations. Death Stranding, in its positivity or negativity, is definitely and undoubtedly something only. Something that had never been there before. This uniqueness is also transmitted by one masterful technical component. Both the basic version and this Director's Cut have an enviable style and graphic rendering. As far as we are concerned, Death Stranding represented, on PS4, one of the highest points (if not the highest) from a technical point of view and this version entirely dedicated to PS5 is absolutely no less.


Two classic visual modes: one through which we will be able to play in 4K and 30 FPS and another that prefers i 60 FPS and a dynamic resolution. In both modes the game is really great, and it is capable, thanks also to one delightful soundtrack, to let you enter a vast world, beautiful in every corner and with one dramatic charge which makes it even more interesting and fascinating, as well as engaging.

Exact, addictive is the right term to describe a title in which the technical component is placed at the service of the player's emotions. A series of rings that joined together create that particular and lovable one chain which is Death Stranding and that in this Director's Cut manages to shine even more. Some small uncertainty related to the movement system (at times abrupt and difficult to control) and some very slight drop in frames was recorded but we do not feel like giving them a greater weight than they really have on the economy of the title. 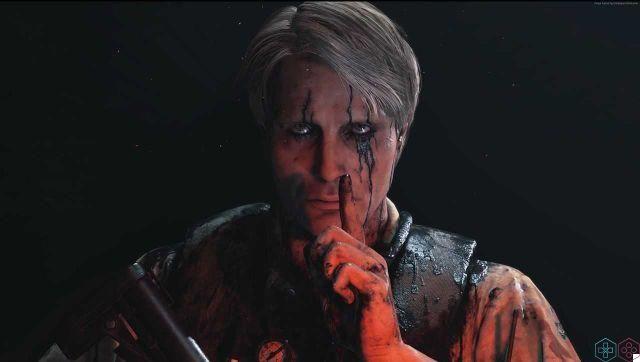 We are in the final stages of this one Death Stranding Director's Cut review and the questions that need to be answered are many, as are those that will cross your mind playing this title. In our opinion this Director's Cut of Death Stranding is promoted with full marks, precisely because it is able to provide and sew the experience they are looking for on each user.

Pleasant for newbies and pleasant for those who have been with Sam Porter Bridges from the start. And it is precisely this passage, being with Sam, a fundamental passage. More are provided in this Director's Cut access points to that door that will drag you straight to Sam's heart which, after all, as Kojima himself wanted, is a bit like your own heart. Lonely, shy and full of uncontrollable flaws and complexities. After all, each of us, brings with him a part of Sam Porter Bridges.

Let us know what you think of this title which, we remember, is available from September 24 on PS5. Stay tuned to techigames for more updates and check out Instant Gaming for video games at a discounted price.

9 Once there was an explosion

Deathloop review for PS5: the wonders of DualSense ❯

add a comment of Death Stranding Director's Cut Review: Living is no different than being dead when alone