Creepy Road Review: On the way to a mad apocalypse

A truck driver in search of his beloved in the midst of an apocalypse of mad enemies. Here is the eccentric cocktail proposed in Creepy Road, the new sliding adventure of Groovy Milk

Creepy Road is a scrolling adventure developed and distributed by Groovy Milk. The title will tell you the story of the truck driver Flint who, after stopping for a breakdown, found himself facing a horde of enemies while trying to reach his girlfriend. So let's take a closer look at the title together in this review.

Creepy Road: A trainload of enemies

Creepy Road is one horizontal scrolling shooter with game mechanics reminiscent of the great titles of the past, one among them Metal Slug. The game has a very simple structure so much that it has few commands but with a gameplay not to be underestimated. In fact, each level will be full of enemies who, with their attacks, will affect the resettable life bar with hamburgers scattered along the way. The levels do not include checkpoints or lives to pick up where you died.

Not dying makes the experience really intense as it is it will require a lot of your commitment from the earliest levels. Moreover, the enemies will be of different types, making everything varied and never monotonous. The only flaw, some enemies will be higher than most and seem to be able to be avoided by jumping, however their perhaps poorly designed model does not always allow this. To face all these dangers you will have a wide variety of firearms and throwables at your disposal, each with different characteristics. Given its nature, the game is preferable to play it with the controller to have the accuracy of the lever for shooting, as the developers also recommend. 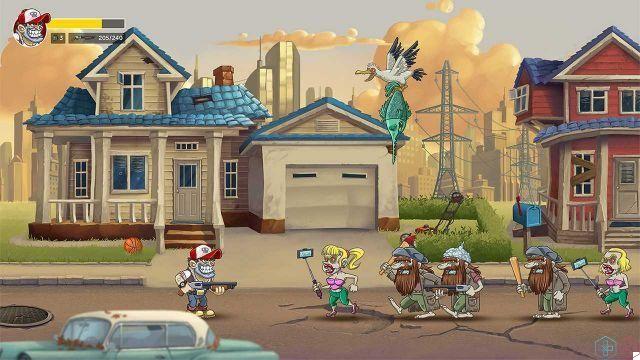 Creepy Road is an adventure with a distinctive trait that immediately strikes the player or his own cartoon graphics. The title in fact pays a lot of attention to the scenarios and characters that take on the appearance of disturbing but at the same time funny cartoons.  A fluid and truly stimulating graphic sector which makes the game very enjoyable. THE bosses are also well characterized stylistically speaking, giving a certain tone to those who would otherwise be mere fools. To surround this "creepy cartoon" we think the perfectly timed music able to create a pleasant tension especially after a long playing time.

The choice to narrate everything like a comic gives a touch of class to a really well-made game that focuses a lot on what is the final result and perhaps neglects some details in the gameplay. Ultimately a really fun and rewarding title strongly recommended for lovers of horizontal shooters and for all those looking for a challenging challenge. 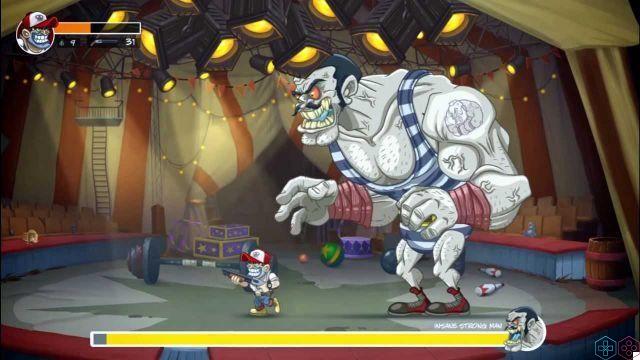 I remind you that the title is available for purchase for 9,99 euros on Steam. We at techigames, as always, will be here for new reviews, news and much more… so keep following us!

add a comment of Creepy Road Review: On the way to a mad apocalypse