Let's go back to the bottom of the sea in this review of Aquanox Deep Descent, the return of a historic video game series with a renewed look

A few weeks after the preview, we find ourselves with the opportunity to review a title that we can easily define as historical due to its link with the past. The last title in the series was released 17 years ago, a time that allowed the gaming market to evolve and change. Since then i simulativi antigravità with a clear focus on the shooting they have almost disappeared, leaving room for a continuous increase of a certain nostalgia of the past. So let's find out in this review if Aquanox Deep Descent will be able to make us relive the glories of the past.

We are recently seeing a timid resurgence of the genre: Descent Underground, the remaster of Forsaken, Comanche 2020 and Aquanox Deep Descent are a precise example. Some of these projects have even been funded by successful Kickstarter, including today's title, so a question from the public seems to have returned. THQ Nordic attempted to answer the call reviving Aquanox with a reboot called Deep Descent, of which you can now read our review. 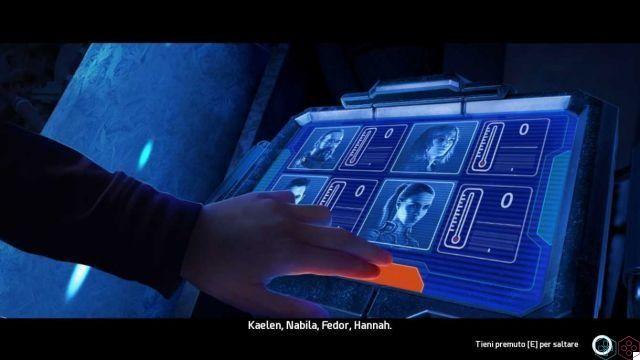 The wolf has not lost the habit - Review Aquanox Deep Descent

To survive a tremendous nuclear war that made the air on the surface unbreathable, humanity has sunk to develop new civilizations. Soon different factions were created, bringing humanity back to old belligerent habits. Submarine space has then become increasingly hostile thanks to the presence of numerous hostile fauna which denies humanity a true free exploration of the seas.

However, an expert has assembled the perfect team to start the Nammu project, potentially capable of saving humanity. However, this group of experts and mercenaries, due to a long cryostasis, no longer remembers anything. In Aquanox Deep Descent we will therefore have to make him resurface his memory, in a path that will lead them to look for the mysterious Nemo.


Although the narrative offers interesting lore bases that intrigue with the succession of events, the characters and the actions we are going to perform they can't make it shine as it could. A big problem that we can confirm after playing the preview is a flat dubbing therefore devoid of nuances.

Although Aquanox manages to make people smile for certain effective phrases that the enemies pronounce during the fights, other times we witness the demolition of any message that the video game tries to convey. If we combine the fact that most of the characters is the representation of stereotypes, it is easy to understand that we are not dealing with a masterpiece. 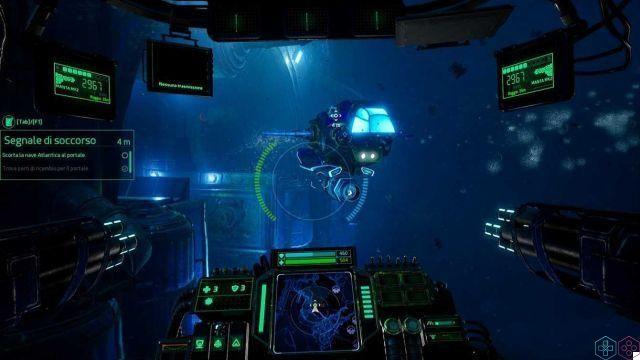 Where we can find an ounce of entertainment is in the bones that make up the gameplay of Aquanox Deep Descent. In the game we can navigate the seas with our submarine as if we were in an antigravity environment. The controls are easy to learn and quite intuitive: Ctrl to go down, Spacebar to go up, Shift for the turbo and mouse to turn.

The weapons available are numerous and interchangeable on the fly, making the challenges with the enemies (very stupid) quite dynamic. You can equip two heavy machine guns, rocket launchers, auto-seeker weapons, shotguns, sniper rifles, mines and even special skills like a rain of rockets. The problems arise from the moment in which it is necessary to make use of our means to face the missions.

In fact, the game consists of a continuous succession of tasks to be performed not so dissimilar to each other and considered boring nowadays. There is the classic accompanying mission, with inevitable waves of enemies, or "search and destroy"With the variant" collect ". Furthermore, the slowness of the submarines available at the beginning of the game certainly does not encourage fun.

It was almost uncomfortable, for example, to face a section of the game in which it was necessary to escape, but with such slowness that it did not allow any sense of tension and adrenaline to emerge. Only when some advanced submarines are unlocked will it become possible to make notable sprints and accelerations, thus delaying the dynamic fights only until later in the game. 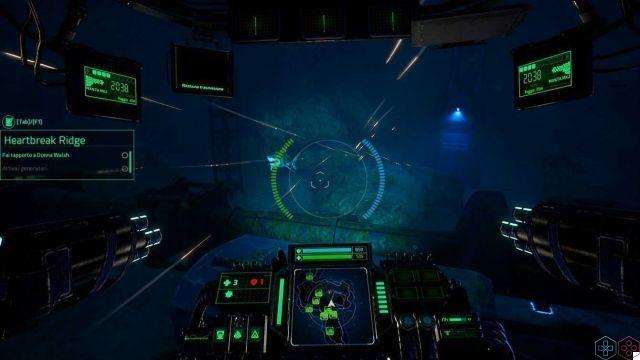 The slowness of the means then adds to the exploratory sense. Aquanox takes place in some medium-sized closed maps, so it comes un sistema a open-map. Inside them it is possible to move freely looking for new resources to obtain, easily located on the mini map by following the appropriate icons. The latter in particular will be extremely useful for you upgrade some parts of the submarines.

Indeed it will be the most important task as it will allow you to increase the characteristics of the vehicle, including: movement speed, shields, endurance and power of other components that will help you in the adventure. However Aquanox does not let the player run, despite having the necessary resources to upgrade, the game will not allow you to do so until you have advanced far enough in the main storyline.

Outside of exploration and fighting, much of your time will be spent inside large establishments, which can be defined as main hubs. However they are not really explorable, they are in fact large menus where you can access the upgrade garage, a shop to buy resources, talk to the NPCs (all quite similar to each other) or read the well stocked codex of information about the world of Aquanox Deep Descent. 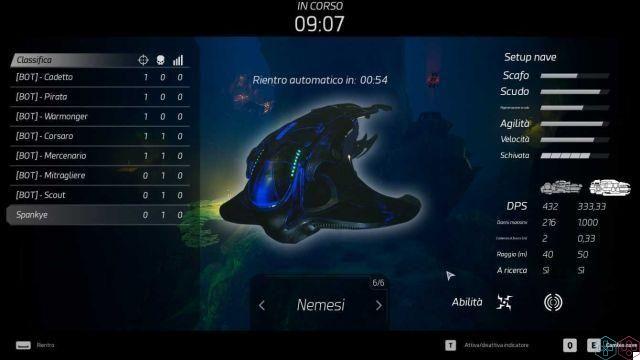 Moving on to something slightly different, we briefly explain the multiplayer. Aquanox comes complete with one cooperative mode where up to 4 players can play the main storyline of the game together. Unfortunately, we haven't had the opportunity to try it, but it is very likely that you will have more fun than in single player.

We can instead talk about the "free for all" mode. Searching for a match online or hosting it yourself, you can set up fun fights for up to eight players or against bots. Choosing a submarine among the 6 available, each with different characteristics and armaments, you will fight within some maps created specifically for the mode. In this case, all ships will be fully upgraded and even the slowest ones will move more agile than in their basic single player version.

This will allow some dynamic challenges between vehicles, rewarding the players who best know how to aim and govern their armament. Also, like in a classic arena multiplayer, it will be easy to find weapons scattered around the map freely collectable. In addition, with each death you can change your basic vehicle, thus being able to change strategy based on the approach of the enemies. Certainly not a revolutionary modality, but that can entertain those looking for a 90s-style experience.

From a technical point of view, we can only confirm what was said during the preview. Acquanox Deep Descent is a good-looking game which, however, lacks a poor design in the environments. We are however faced with a huge generational leap graced by an underwater fog that knows how to give atmosphere, but at the same time flattens and confuses the landscape.

As for the performance we would have expected something better, but we are sure you will have no difficulty in running it with a computer no older than five years. The user interface, on the other hand, remainsane still a bit thin and pales in comparison to certain Aquanox 2 menus. However the cockpits are a feast for the eyes, full of details and semi-interactive elements. 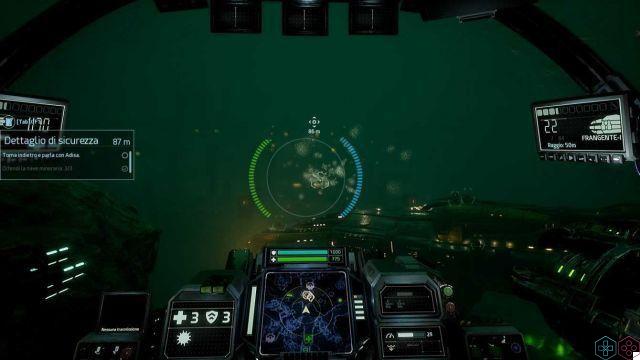 We have therefore reached the end of our review of Aquanox Deep Descent and sadly our hopes for the title have not been fully paid off. The plot unfortunately does not entertain properly, but if you are passionate about the dystopian fictional genre you can find some interesting lore points within the codex. The gameplay is very basic but it works well in reviving an old-time experience with better aesthetics. We are far from a disaster, but counting the multiple bogus choices and negligible side quests, the general set-up can only reach a mediocre evaluation.

Aquanox Deep Descent is a video game developed by Digital Arrow and is out October 16 on PC. In the meantime, we invite you to continue following us on techigames to stay updated on video games and technology.

Arise Review: A Simple Story, in a whirlwind of emotions ❯

add a comment of Aquanox Deep Descent Review: Here's what we think