In this review we will tell you about Mr X Nightmare, the new and full-bodied DLC released for Streets of Rage 4

Mr X Nightmare is a new one DLC which adds a large number of content to Streets of Rage 4. This pack indeed enriches the base game with objects, enemies, characters and even a new mode. However, if you want to know the actual quality of the new Streets of Rage 4 DLC, then we invite you to continue reading our review of Mr X Nightmare.

In this reviewand we will only deal with Mr X Nightmare and as a result we shouldn't tell you about Streets of Rage 4 at all. We'd like to start this article anyway introducing you to a minimum of the base game.

Streets of Rage 4 is a great one 2D scrolling fighting game released last year for PC and consoles. The game was really well received by critics and especially by fans of the genre, who were eager to get their hands on a new chapter in the historic Streets of Rage series.

In the title you will have the opportunity to impersonate different characters that will have to try to save your city from a dangerous gang of criminals and, of course, they will rely on violence to do so. So get ready to wander the streets with the aim of giving a barrel to anyone who comes within range using the most disparate techniques and any weapon you can wield. 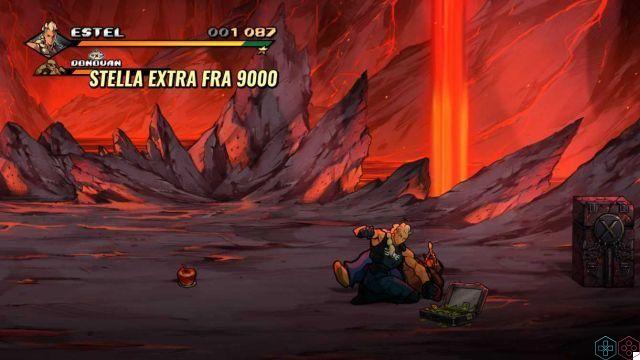 Of all the content introduced by Mr. X Nightmare, i new characters they are obviously the most popular. The DLC in fact will allow you to check well 3 new fighters very different from each other: Estel, Max and Shiva. Max is something of a muscular and powerful wrestler specialized in grabbing enemies then jump and finally hurl them loudly to the ground. Shiva on the other hand is a very fast fighter which is capable of performing long and devastating aerial combos. Finally Estel is able to use several stun explosives and owns a large number of moved from the wide range, perfect for shortening the distance from the enemy.

Each of these 3 new characters features unique mechanics which help make Streets of Rage 4 so much more varied and fun. Furthermore, to learn how to use all the skills of the new fighters in the best possible way, you will need to practice a lot, thus also increasing the longevity of the title. 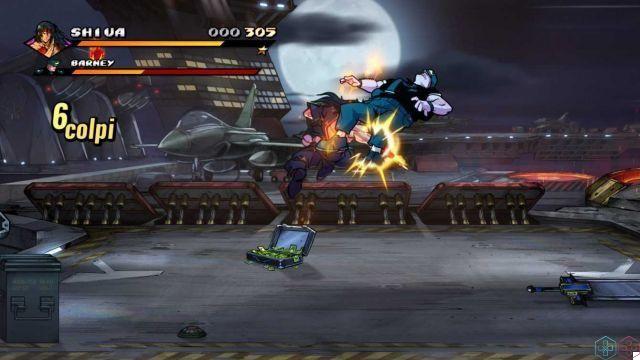 In addition to the new characters, this DLC enriches Streets of Rage 4 with the new one Survival mode. This gamemode will allow you to tackle a endless series of random levels full of enemies and traps that they will become more and more difficult as you advance. Fortunately, however, at the end of each battle you can choose between some random powerups capable of significantly increasing your chances of survival.

This mode is really a lot of fun and in the more advanced stages it will really test your skills. The only flaw is that sometimes the levels are random they might be a bit unfair due to the combination of too many traps and powerful enemies.

The survival mode, however, will not only serve to entertain the players, but also to unlock new content. Based on how many levels you pass you will be able to get sketches, weapons, extra enemies to be placed in training mode and especially new moves. Now in fact you will have the opportunity to unlock ben 5 alternative attacks for each character that will allow you to customize at your leisure. Once you have obtained these moves you can in fact decide to apply them every time you select a fighter, thus increasing the variety and rejuvenating the original characters of the roster. 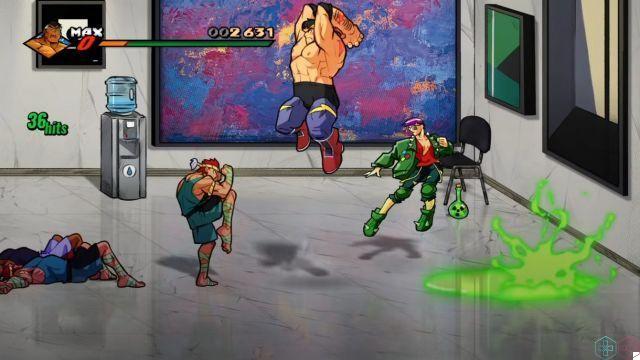 Now the point of our Mr X Nightmare review has finally arrived where we take stock of this Streets of Rage 4 DLC. Overall this expansion is really very good, as it adds a lot of content to the base game. The new characters are all extremely well-finished and complex, the new mode really is funny and the new customization options add a ton variety to the game. In short, if you enjoyed Streets of Rage 4, for sure you will love all the new add-on content in Mr X Nightmare.

Streets of Rage 4 e Mr X Nightmare sono available now for PC, PS4, PS5, Nintendo Switch, Xbox One and Xbox Series X | S.. If you are interested in staying up to date with all the news on the world of video games and much more, then keep following us here on techigames. Furthermore, in case you want to buy some games at an advantageous price, we suggest you take a look at the many offers on Instant Gaming.

Alan Wake: literary references between the gothic and the post-modern ❯