Overwatch also lands on the hybrid console of Nintendo. The game, already available for PC, PS4 and Xbox One, tries to win over the players loyal to the Japanese house. Again we are faced with the porting of a heavyweight title. And once again, with some sacrifices and a little patience, we find ourselves playing one of the best titles in circulation on the Switch too.

The porting of Overwatch, however, it is not 100% a great success, but we knew this from the start. Blizzard had to polish some aspects of the game to allow the console to run Overwatch at 30 fps. But let's see specifically how Overwatch behaves on Nintendo Switch.

First of all, let's refresh our memory. Overwatch is one shooter in first person developed by Blizzard. The game has evolved since the day it was released on other platforms and today offers a wide choice of characters and different types of games to play. Each character in the game has different skills, including the ultimate, to be able to take down their enemies. Furthermore, each game has a different goal. There are many types of game, starting from the conquest of a neutral zone, which is one of the basic types, up to the modalities Arcade.

The latter are ways that allow us to win surprise boxes, that is, boxes that they give us 4 random items including skins, victory poses and much more. In Arcade mode we can also find game modes created Ad-hoc for events. Given the release of Overwatch for Switch on October 15, it will be possible to play the thrilling Halloween event that will allow us to win various prizes over the 3 weeks of play. 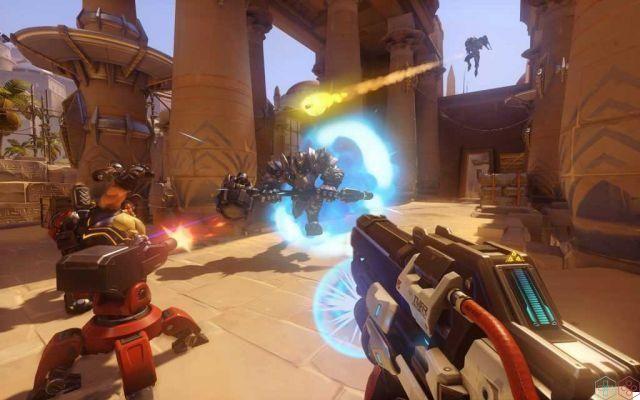 Porting like this to Switch is really complicated. Getting Overwatch to Switch to 30 fps it is already an excellent result for Blizzard that allows those who love to play freely without portability restrictions, to be able to play in any available space. Of course, we are talking about a game that needs internet connection at every single moment, this does not allow you to play Overwatch in a car or train, connected to your smartphone, due to excessive lag resulting from cell changes in the telephone network.

For this reason, the advantage of having Overwatch on the Switch is to be able to play around the house without having to occupy a TV. However, this has led many players to buy the game making sure that the servers are never empty and the waits to start a game are very low. Going back to our 30fps, we can say that the sacrifices Blizzard had to make don't impact the game much. Of course, some characters have their textures filed down leading players to notice some differences with the fixed console version. But this is not a negative point that weighs a lot, the game is fluid both in portable mode and in dock mode, especially in critical situations where there are more elements within our game view.

Of course, it all also depends on our internet connection. It is not difficult to play constantly with a loss of packets that leads the game to excessive lag. With a good connection, both in laptop and with the Switch inside the dock station, Overwatch it is fluid and allows us to enjoy every single game.


A negative point goes to the excessive power that is required of the Switch at the beginning of the game or at each loading. In fact, it is not uncommon for the game to take a while to load the texture of the characters. How do we know who to shoot at and if we're hitting him if we don't see him? Fortunately, Overwatch is a game that, once the game is loaded, provides thirty seconds of settling for the team already inside the map. This allows the game to load the textures before the games start. 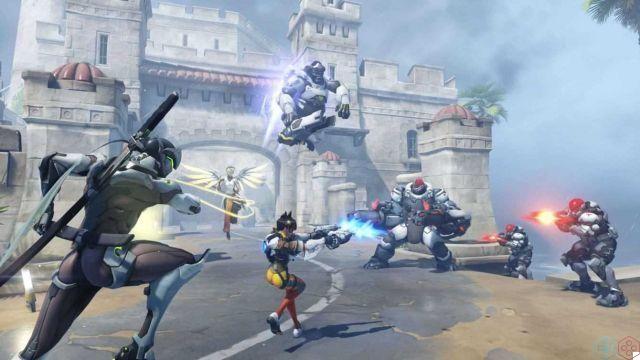 To say that the Overwatch gaming experience between fixed console and Switch is similar would be a real lie. Navigating between positive and negative notes, Overwatch on switch is always the same game but one that makes us enjoy a totally different experience. Of course, playing in dock station mode using the same parameters you use on a console such as the PS4 will allow you to have the same experience with lower fps and redesigned graphics for the Nintendo console. Playing in a portable version is another matter entirely.

Let's think about the positives first, you can face a ranked challenge, with one 1280 x 720 pixel resolution (HD) on a 6,2-inch screen, even outside the home. In addition, it will be possible to use the gyroscope present inside the Joy-Con. This is an Overwatch-specific feature on the Nintendo Switch that can lead to a completely different gaming experience. It will in fact be possible to aim at an opponent by literally moving the console. Thanks to this setting, and a little bit of training, it will be easier to take down opponents with a little more fun. In addition, you can set a button that, when pressed, blocks the view of the character despite the movement of the console.

The gyro functionality can also be used in dock station mode. The difficulty will be greater whether the Joy-con are attached to the grip or when we use the divided Joy-cons. A small clarification should be made on the greatness of the Joy-Con when playing such a shooter. I have personally found it the frantic use of the right Joy-Con is inconvenient due to its size. Of course, Overwatch allows you to change the buttons and its functions from the options in order to get the best possible gaming experience. The problem, of course, does not come to the surface if you use the Nintendo Switch Joypad. 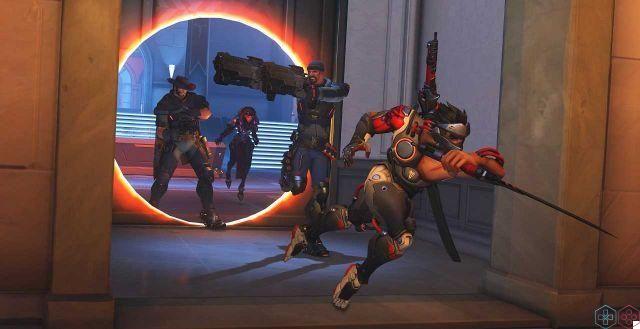 Blizzard copies, pastes and cuts a little, but we like it!

Blizzard works to make a very difficult port and it does it in the best way. In fact, despite the negative notes described above, we could not expect better. The graphic downgrade was due and everyone expected it. Also, the Switch isn't really meant for games of the genre or at least not for games that aren't developed specifically for it. Splatoon 2, for example, is a completely created game for the console and that it does its job in the best possible way. Overwatch, however, is not far behind despite the small gaps due to a mostly wireless connection and a console slightly less performing than the others.

On the other hand, if you want to play Overwatch at 60 fps, in ranked mode, with the desire to win them all without landing even once; then we recommend that you buy the game for another platform. Overwatch for Switch aims to entertain, with the right competitive dose, but that does not promise anything so striking. Of course, the advice is to buy it, it is still a game that cannot be missing in your list. Well done Blizzard! 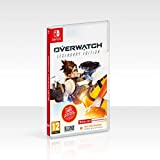