There are many types of platform different. Some, such as A has in time o Super Mario Odissey, are fun and appreciated by players of all ages, while others like Super Meat Boy o celeste, are more demanding and they require a certain level of skill.

From the vein of these hardcore platformers was born Luciform, the latest title developed by the indie software house Chaos Minds. Will this small company have managed to create a game like the ones mentioned above? The answer is no. However, if you want to know the reasons that led us to give this judgment, we suggest you continue reading ours Luciform review.

Luciform puts players in the shoes of Luci, A kind of magic rabbit with the aim of freeing one's family from the clutches of a treacherous red-eyed gorilla. To achieve its goal, this little creature will have to cross more than 50 levels full obstacles and deadly traps, relying solely on its ability to change color.

The controls of the game are really very simple. The character is able to jump with space, change direction with the directional arrows and change color in red, blue and green by pressing “Q”, “W” and “E” respectively. Luci is capable of interact only with layer elements of its own color and consequently it will be essential to quickly switch from one color to another to lean on certain platforms or avoid obstacles.

Although the basic commands are very simple, there are two peculiarities that they complicate the game a lot. We are talking about the fact that Luci is unable to stop and that you can only change direction while in mid-air. These elements make learning commands really uncomfortable and frustrating, causing the player to die countless times due to pressing the wrong keys. 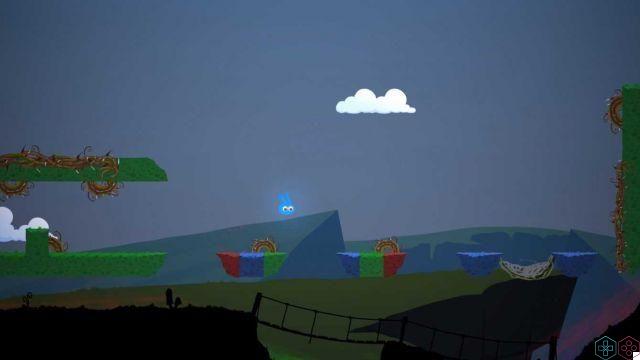 We continue our review by focusing on levels by Luciform. As you progress through the main campaign, the scenarios of the game they will become more and more difficult. It goes from fairly linear sections with some obstacles up to complex vertical paths scattered with traps in which a pixel can mean the difference between life and death. In addition, in the more advanced levels, additional elements are introduced to make progress even more complicated, such as for example trampolines or colored brambles.

Performing pixel perfect actions to complete the toughest scenarios isn't necessarily bad, but it becomes bad the moment you go collisions are inaccurate. To make your character die just touch even one pixel of the traps scattered throughout the levels, but very often it is not easy to understand what the exact point of contact with these objects is.

All this, combined with constant movement, the impossibility of adjusting the height of the jump and the total absence of checkpoints, will force the player to a long and frustrating trial and error process which will end only when you have memorized the whole level. This also makes Endless mode almost unplayable, as it is made up of an infinite series of randomly generated levels that will immediately stop with your first death. 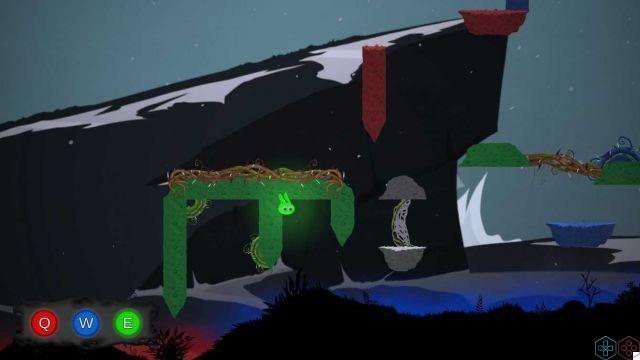 A title to savings - Luciform Review

As for the technical sector there isn't much to say about Luciform. The game is extremely simple and accordingly it can be played without major problems even on less performing PCs. Plus the title boasts very fast uploads, a big plus considering the huge number of times you'll be forced to reload levels.

For the artistic aspect instead the game leaves a lot to be desired. The models of the few characters and the recurring elements of the scenarios are made with very little care, and the fact that they are repeated in the same way in every level only highlights this flaw. Compared to the rest the backgrounds are not bad, but unfortunately there is very little variety here too. 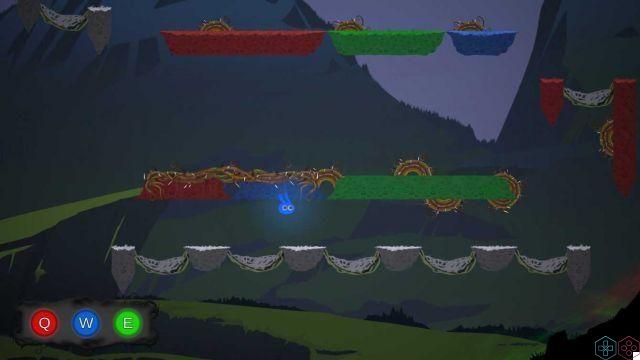 It's finally time for our review where we take stock of Luciform. This title is inspired by some of the most challenging platformers of recent years but unfortunately fails to come close to their level.

The most serious problem is represented by extremely frustrating and unfair levels which have nothing to do with the difficult but satisfying ones of other exponents of the genre. Furthermore the uncomfortable controls helps make learning the mechanics during the first few hours of the game even more difficult. For this reason, even if you are a huge fan of the genre, we advise you to think very carefully before purchasing this game.

Luciform is available now for PC via Steam. If you are interested in staying up to date with all the news on the world of video games and much more, then keep following us here on techigames.

add a comment of Review Luciform: a nightmare platform