NBA 2K22 review for PS5: basketball on next gen!

NBA 2K is, as always, one of the most anticipated and important sports titles of the year; let's find out in our review how it behaved on our PS5 NBA 2K22

The videogame market is a constantly evolving market. A genre that has always felt the need for updating and updating, was and is that of sports video games. An industry, that of sports titles, always very profitable but, at the same time, much discussed and at the center of criticism and potential innovations. This year, however, it seems to be heading in a very specific direction. A direction in which we will find different news within the world of sports video games. Let's find out together in this one review, even if NBA 2K22 (in its version for PS5) will follow this trail.

Before continuing with ours NBA 2K22 review for PS5 we would like to underline an aspect just touched upon in the previous paragraph. Innovating a sports video game is not easy and, at the same time, it is also quite dangerous. Risking to lose one's community is, in fact, a risk that few would like to take. Sometimes, however, it is necessary to take steps towards the community. A clear case may be Konami's choice to make PES 2022 free to play. Free to play as it will be UFL, of which little is known yet.

NBA 2K has always been a reference point inside the huge and varied shelf of sports video games. Able, every year, to add something new to a well-proven ecosystem. There are also news in this NBA 2K22 and we will discover them in this review but, the question arises: suffice to reconfirm itself as one of the best sports video games?

Let's start this ours NBA 2K22 review for PS5 analyzing what is the playful offer of the title. Like every year, even in this NBA 2K22, there are different modes. Starting from simple local and online games, passing through Blacktop (the most classic of playgrounds) and training, ending with MY Career, MY NBA and MY Team modes. The choice, therefore, for the player, will be very varied.

The title gives you the ability to experience NBA basketball at 360 degrees. In MY Career, your goal is to become an NBA star. The system, therefore, does not appear to be different from the previous titles, but what is interesting is certainly the narrative contextualization of many new elements inserted within the modality. We are referring above all to the construction, very complex and full of interesting opportunities, of the new one City (which you will only find on next gen consoles). Within the city you will have the opportunity to play basketball in the various playgrounds, thus increasing your sporting skills, but you will also have the opportunity to build your own brand. 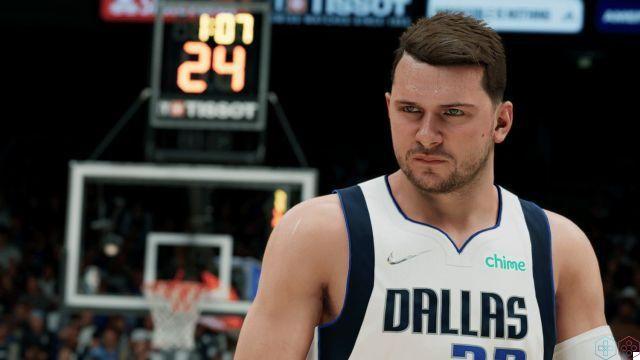 Your job will be to embrace all the aspects that a character of the caliber of an NBA star can have. You can record rap songs, become gods clothing testimonial and increase your number of follower. All following and carrying out real ones missions (main and not), moving within the environment and the City that presents a large and articulated map. The narrative structure of the story - always well written with interesting and well managed dialogues - will push you to take advantage of all the opportunities of the new City.

In MY NBA, on the other hand, you will experience the NBA mainly in the difficult role of a general manager. This mode, unlike the others, is the one that presents the major role characteristics already present in the last edition and reconfirmed also in this one. As well as the MY Team mode has been confirmed, in which you will have to build your dream team, made up of stars of the present and of the past, and challenge other dream teams online. 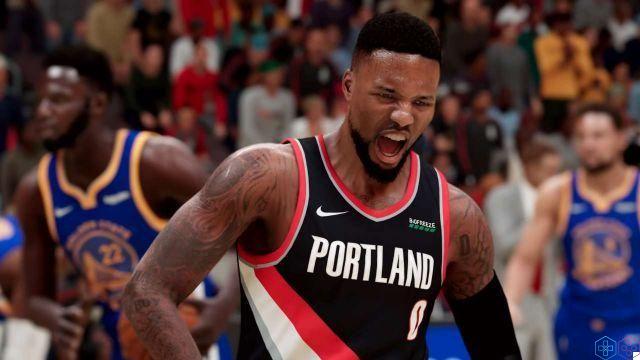 In all the aforementioned modalities you will have many elements to take into consideration but, there will be only one element to act as a glue in everything. This element is clearly the field and "playing basketball". From the point of view of playability and field gameplay, NBA 2K22 maintains the high standards of the previous ones (and especially the previous one) editions. High standards which, however, do not represent may a definitive point of arrival. The feeling is that, although the title is enjoyable and well structured, there is always the possibility of having a better product from this point of view. Sensation dictated - it should be emphasized - by the excellent work with which every year we come into contact.

One remains slight intricacy background which, however, balances itself with a good basic ductility. The game is perfectly adapted to the needs of the players. There are those who want to take care of every aspect of their game and those who, on the other hand, just want to run towards the basket and take the iron home with a dunk. The ability to adapt to any type of gameplay and gameplay is really an aspect to be do not underestimate. 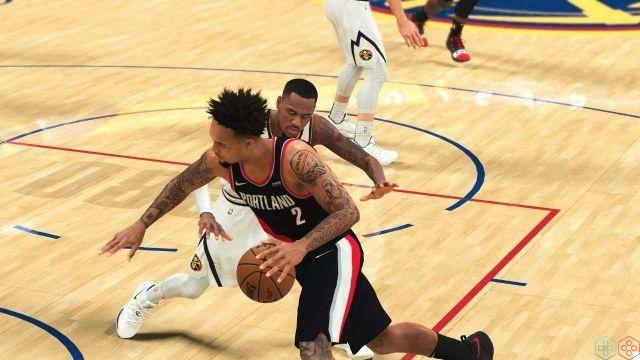 The slight intricacy, however, is also felt in the navigability of the aforementioned city. Interesting entries of skateboarding and cycling to move around the map. Two novelties that cover, however present, small flaws related to the mobility of your character within the environment. One last mention we dedicate to shooting system, slightly revised compared to the previous "chapter". A new system that presents appreciable structural difficulties. It will touch you be precise and take advantage of the peculiarities of the players to score continuously.

At the same time, however, an aspect that we did not like much is represented by the input lag which - in addition to characterizing all your games but with which you will learn to live - affects your shooting performance. The shot bar, in fact, will appear on your screen after pressing the button and this causes a slight (but decisive) imbalance between your sensation and the actual success of the shot. Mastering this new mechanic will turn out to be a little more complex than usual. 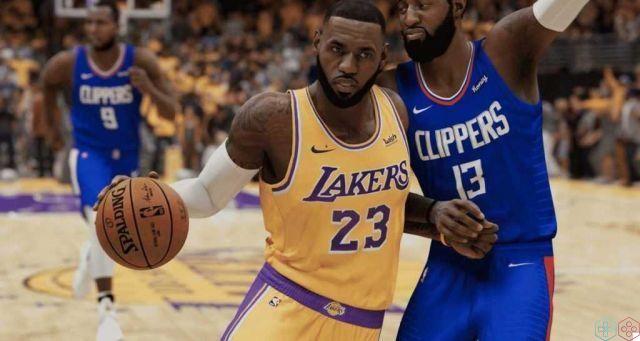 Shiny parquet, sweat… and a lot of Hip-Hop!

An always appreciable and appreciated element of the series, and it will be so also in this one of ours NBA 2K22 review for PS5, is represented by the technical sector. Each title in this series related to overseas basketball presented a respectable technical sector in which, every year, fidelity to realism increases more and more. The lighting management of the various arenas in which you will play is excellent and the management of the sounds is also excellent: cheering, iron, parquet whistles and dribbling.

Excellent, as always, also the colonna sonora. If, from a visual, sound and performance point of view, the game has excellent characteristics, the management of the servers is less excellent but, we can say it, a few steps forward compared to the previous title, at least in the first days post day one, was found. 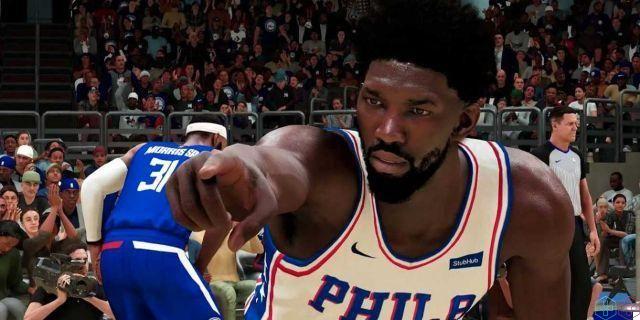 We happened to lose a few games due to sudden updates or server crashes. Annoying yes but nothing that a good update (and a curse) can't fix. The last two points related to the technical aspect of the title concern uploads and implementations with DualSense. Recall that our test took place on PlayStation 5 and therefore these two elements, lightning-fast loads and good controller management, were at the center of our attention.

As regards the first point - uploads - we can be half satisfied, or rather, three quarters satisfied. The game features fast loading in all modes, except in MY Career and in the City; in which you will find yourself facing expectations that we did not expect on PS5. For what concern second point instead - DualSense - we feel completely satisfied. In addition to the haptic feedback linked to your steps on the parquet, the noticeable pressure of the contacts and the progressive "heaviness" of the levers and buttons when the player in possession of the ball is very tired is very interesting. 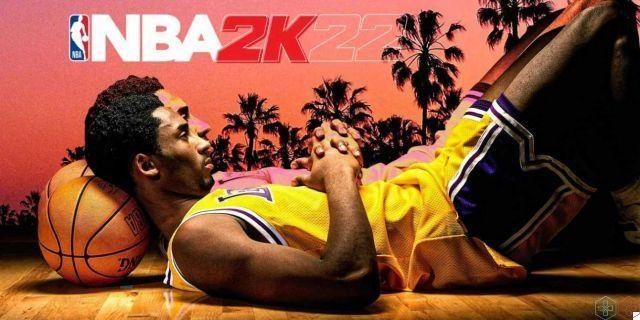 With this small and humble tribute to Kobe Bryant we want to close ours NBA 2K22 review for PS5. Returning, therefore, to the question at the beginning of this article: does NBA 2K22 have the qualities to establish itself as one of the best sports titles of the year? Absolutely yes. So, has NBA 2K22 managed to modernize the structure of the title with the new features? The answer, in this case, is nì. The game, like every year, starts from very solid and high-level foundations that are reconfirmed. The novelties present are definitely interesting but, at the same time, they appear slightly rough and improvable.

add a comment of NBA 2K22 review for PS5: basketball on next gen!