Hollow Knight has finally arrived on PlayStation 4 and Xbox One: let's find out in our review why you absolutely must not miss it

There is a moment, during the hours of play of an opera, when you know for sure that you are in front of a masterpiece. Not only do you realize that your mouth has been open for several minutes in wonder, but you begin to think that maybe the game is about to end: and you feel bad. Because you don't want the experience to end at that moment, you want more, more and more. Then, however, you understand that no, it is not over, indeed, there is a lot missing: and you are happy with it.

Hollow Knight is this: marvel at the beauty of what you find in front of you and hope that the work will never end. Cherry Team's metroidvania has finally arrived on PlayStation 4 and Xbox One in the Void Heart Edition version - that is containing all DLCs - and absolutely does not disappoint expectations. If you want to know why it would be madness to ignore this work, read on. 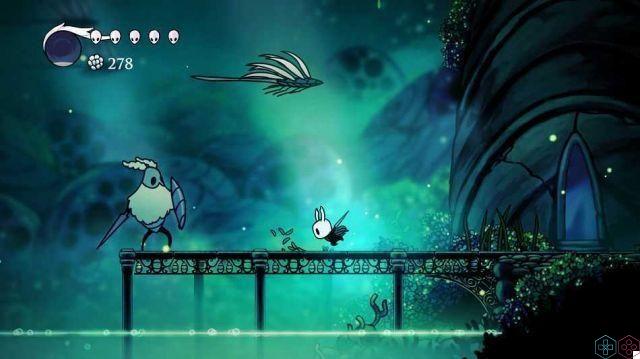 We're a little bug in an insect world - not a weird analogy, but a simplified description of the world outlined by Team Cherry. Although our size is small, our weapon is ready for battle. The whole story revolves around Hallownest, a once grandiose land now disgraced and traversed by hordes of insects who have lost their wits. The narrative is characterized by that "touch" a la MiyazakiThat is, / From Software is never explicitly defined. Starting from our very nature, up to what really happened in this realm, nothing will be clear and we will have to intuit it as we advance.


As with any metroidvania (Castelvania SotN, but also Guacamelee!), The journey is not only an advance towards the end, but it is a non-linear adventure that will see you grappling with a lot of platforming and as many fights to the white weapon, between common enemies and ruthless bosses. Of course, we regularly get new powers (from sprinting to double jumping, for example) that unlock access to new areas. All this happens at an ever-increasing pace, in a constant riot of novelty. Each tunnel and unexplored corner of the map can mean a new merchant, a hidden passage, or a secondary boss protecting a useful upgrade. 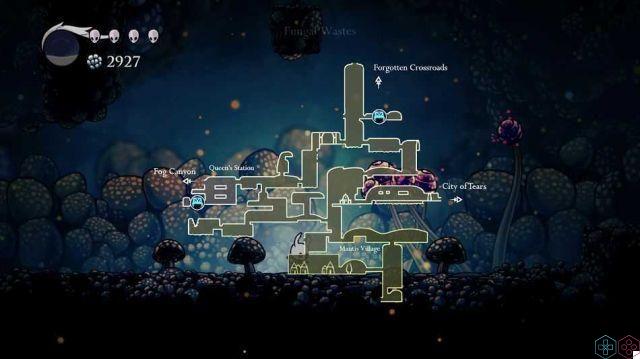 The load of surprises is ensured by the huge map which contains many areas characterized by level design rules and unique enemies. The beauty of a new area does not lie, in fact, only in the visual quality (very high, mind you) but above all in the playability that evolves simultaneously with the skills of our character.

If initially we only have to strike a few blows to what is in front of us, with sporadic hops, as we advance we must learn to hit enemies on the fly using the recoil to keep us in the air, sprint towards a wall to avoid sharp points in the ground and perform a series of wall jumps to the millimeter by eliminating the enemies clinging to the vertical walls with our magical powers. Hollow Knight, as you have surely guessed, rewards the player's precision, dexterity and adaptability. Our character can be upgraded to inflict more damage and thus be able to get rid of enemies with fewer hits, but basically what matters is our combat ability. 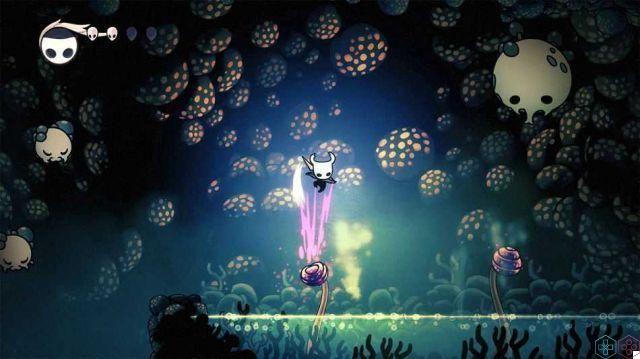 The battle system is based on horizontal and vertical shots useful to charge the energy necessary to activate the magical powers: through them initially we can only heal ourselves, but soon we get offensive powers of various kinds. To these are added the amulets, objects to be equipped within a limited number of slots that give us extra capabilities. We cannot speak of real builds - in the Dark Souls style - but surely each player will be able to characterize the skills of their warrior according to their approach to fighting and exploration.

However, you don't live on gameplay alone and undeniably the eye wants its part. Well, Hollow Knight, as we had already suggested above, does not disappoint even from this point of view, on the contrary, it amazes more and more. Whether it's dark caves, fungal forests or tangled cities, the work is full of details, colors and destructible elements. Nidosacro is a decadent, dark and sometimes even scary world, but at the same time the cartoonish style makes it kawaii, if you allow me the term. 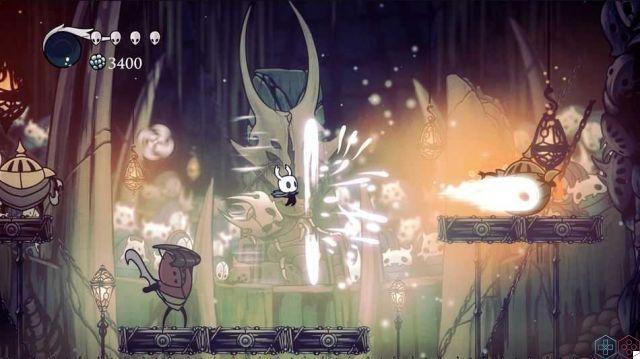 The sound itself turns out to be incredible: not only are the various characters characterized by grumbling (there is no real voice acting) and verses that give them a unique style, but it allows you to hear enemies in advance, allowing the attentive player to prepare, making even the most treacherous traps never unjust. The Spanish translation is also of fine workmanship.

Finally, the number of hours needed to complete the work is very high, settling on a minimum value of 30, which certainly increases if you are a completist. All this at the base price of € 14,49. 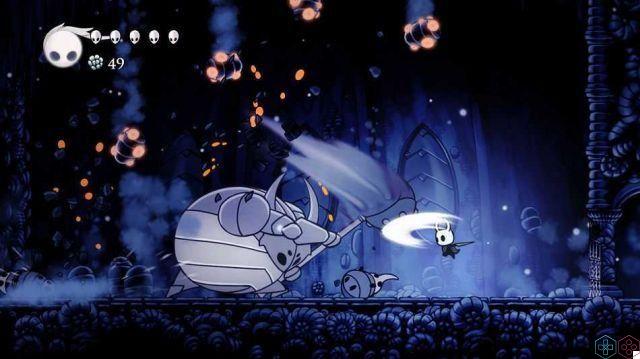 The indie that gets big | Hollow Knight PS4 Review

Hollow Knight is one of the best indies in recent years and certainly the new benchmark for 2D metroidvania. Every detail of the game is beautifully detailed and perfect as it is. Certainly the work of Team Cherry is not designed for those who have little time and little patience, given its high difficulty which is exacerbated especially with bossfights, but if you are even a minimum of fans of the genre, there is no reason. to ignore Hollow Knight.

9.5 The metroidvania to conquer the world