Another round, another Remake, let's find out together in our review of the new version of Destroy All Humans if it is worth returning to impersonate Crypto-137 15 years later

As we all know by now, not many titles manage to age very well. We are not referring only to the technical and stylistic aspect, as it is quite normal that replaying a title from the PlayStation era or even PlayStation 2 can be cumbersome and frustrating nowadays. Aging in a video game also lies in its themes, in the style shown and in the message that you originally wanted to send. There are many "old time" titles that today would seem sloppy and, really, from another era. However, this is not the case with Destroy All Humans.

Originally released on PlayStation 2 and Xbox back in 2005, when we were all young and full of hair, Destroy All Humans was already an irreverent, sarcastic and damned political title at the time. A more than interesting implication that we put in the introduction, mentioning it only: the American political situation recounted in the "old" title is very similar to the current one, not so much for the political forces involved, but for the general mentality of the powerful. Let this thing settle down and welcome to the Destroy All Humans Remake review! 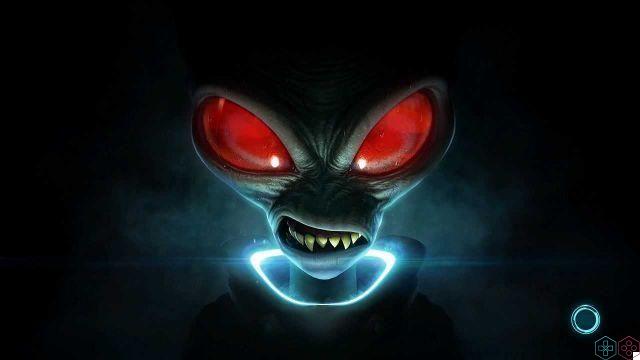 The makeover was born by the Black Forest Games and has been published, as well as for the original, by THQ on PC, PlayStation 4 and Xbox One. We emphasize right away that the game was released at a budget price: just think that we have had the opportunity to play the version of the Sony console for this review and that the title is currently on the PlayStation Store at € 19.99. More than affordable and, indeed, perhaps even too low considering the love and attention that went into creating this remake.


Our task will be to impersonate Crypto-137, or simply Crypto, in his attempt to invade the earth to collect human DNA, to be used to keep his race proliferating. A task in which its predecessor, Crypto-136, which we see being shot down and captured by pure bad luck at the beginning of the adventure, has completely failed. Over the course of the ten scarce hours it will take us to complete the main adventure, we will find ourselves exploring six different maps for a total of 22 main missions. 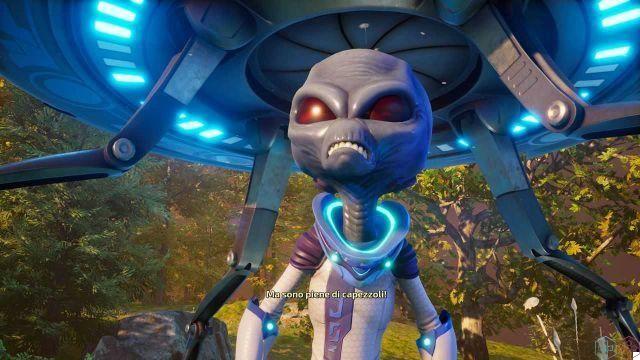 During these missions we will have to carry out a series of objectives, which go from following people and sneaking into places without being discovered, throwing cows into lakes and bringing destruction to mankind with our weapons and the UFO that Crypto has provided. . Not very varied gameplay, actually, and we will often find ourselves reliving similar situations in different maps with slightly different, but still fun, objectives. And this is exactly the strong point of Destroy All Humans Remake: whether you use your Zip-o-matic, ANALYZER or Destroyer, or you step aboard your terrifyingly powerful spacecraft, it will all be damn fun.

Secondary goal, but not so much, will be to collect human DNA (which apparently has a part of Furon genetic material inside it) around the maps. DNA that you can obtain either by extracting the brains of human beings, or by collecting small drones scattered in more or less hidden places or, more simply, by completing secondary missions and objectives, not originally present. This DNA will serve, in addition to fulfilling the true goal of Crypto, also to enhance our weapons and the UFO. The remake has fortunately added many upgrades available over the original from 2005, reaching more than 60 upgrades. 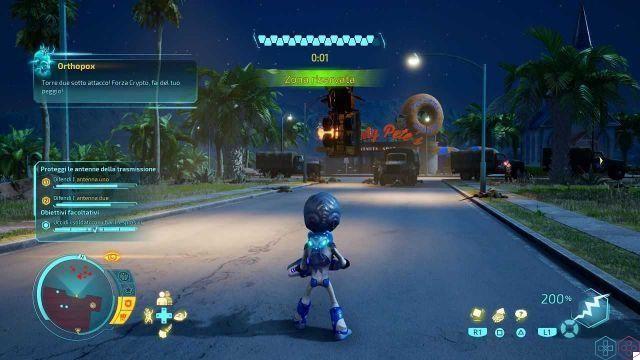 From the suburbs to Washington - Destroy All Humans Remake Review: Bloody Communists!

In addition to carrying out the main plot, we will be able to freely explore the maps to carry out rather trivial side missions, but useful for the collection of DNA and fairly difficult, if we are not properly upgraded. Exploring the maps can also lead to the birth of rather fun clashes to be faced with our weapons, although they can degenerate quickly and be fairly dangerous.

The Remake has also improved the movement possibilities of our mocking Crypto. In addition, of course, to greater mobility of the little alien model, the ability to shoot with the circle button has been added and, by unlocking the relative ability, to use a small floating skateboard that will make you whiz around the game maps. Command mapping has also been improved: now, each Crypto skill has a key assigned and it is also possible to select weapons via a very convenient wheel that can be opened with the backbones.

Eliminate the ammo scattered in the maps and added a Crypto ability, activated with the square button, which will allow you to transmute inanimate objects into cartridges for your weapons. Also added another skill, which allows you to bring opponents to your side for a few seconds.

Another focal point of Destroy All Humans Remake is certainly the world political situation which is told, however, through the eyes of an alien form, therefore not used to our common customs. The struggle for power, the hegemony of the Majestic and the war against the communists are still the main themes of the title, and they still fail to be foreign to the world we are living in, even if 15 years have passed since its first release. Damn Communists! 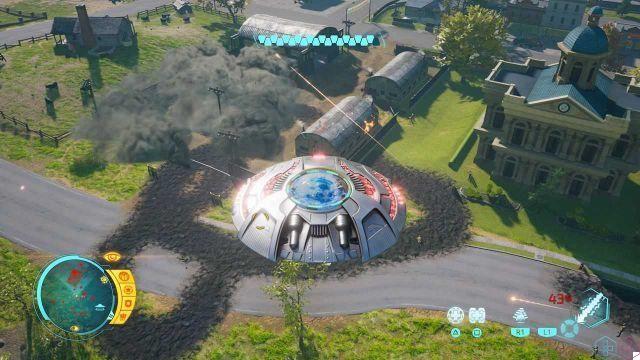 How to re-make – Review Destroy All Humans Remake: dannati comunisti!

Technically speaking, Destroy All Humans Remake has been completely rebuilt compared to the original of 2005, coming to be at least discreet compared to the era we are living in. Although some textures remain in terrible low resolution, aesthetically the title of Black Forest Games turns out to be pleasant, colorful and irreverent just like the topics covered. In the PS4 version, which we tested on its Pro version, we were also able to notice some drop in frame rates in the most heated battles, without however being something disabling. No crashes or bugs to report, as of now, and in any case nothing that hasn't been fixed post launch.

Black Forest Games also thought of recreating the original dubbing from scratch, but leaving it completely unchanged and using practically the same voice actors. A move certainly aimed at fans of the 2005 title, and which we are not sorry at all, but which makes it all a bit embarrassing in some situations. Even the sound sector has remained practically that of the original title, so nothing particularly exciting, except for a few small pearls. 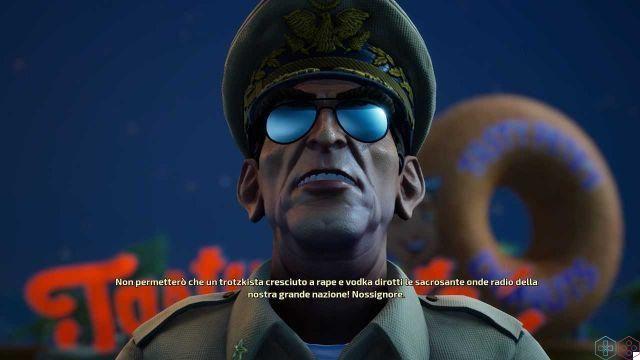 In conclusion of this review of Destroy All Humans Remake we can only recommend the purchase of the game. A few small gaps make the Black Forest Games title still a bit old, but the amount of immoderate fun and desire for the destruction of planet Earth will make up for these marginal defects. Let's face it: if you buy Destroy All Humans Remake, you won't be looking at some ugly texture or an uninspiring sound sector. What will interest you will only be one thing: throwing cows. Damn Communists!